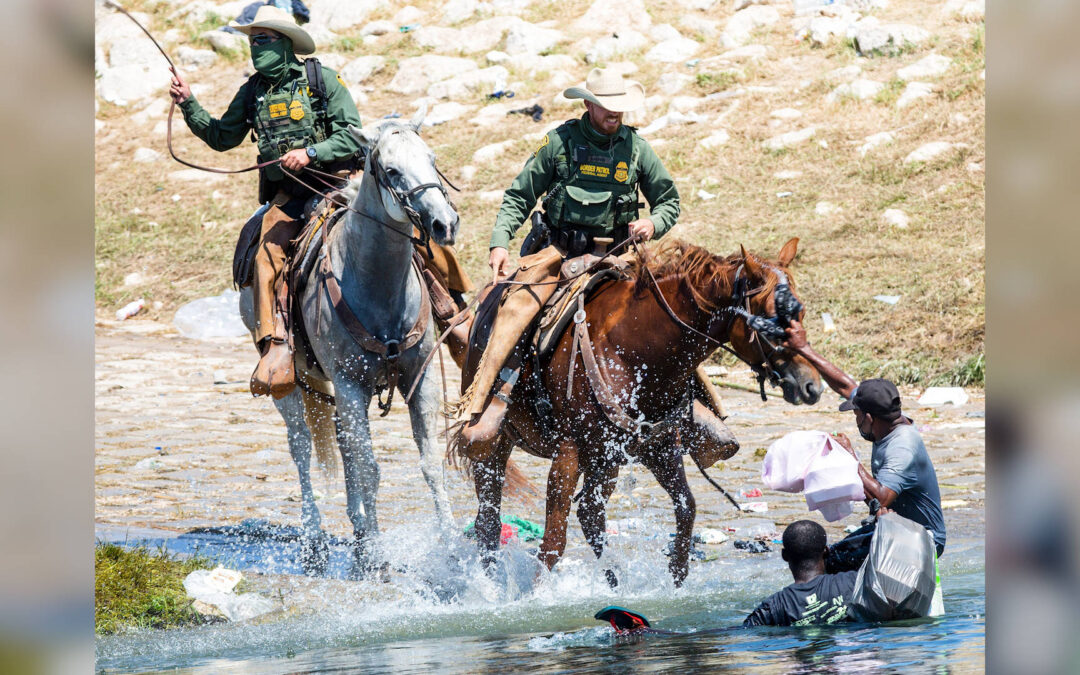 In Del Rio, Texas, photographs and video footage of Border Patrol agents on horseback chasing, grabbing and whipping Haitian asylum seekers have sparked widespread condemnation. One border agent was heard screaming obscenities at refugees, including children, after they attempted to return to a makeshift camp where thousands have been staying underneath a bridge for days.

White House officials said they will investigate the violent attacks. Meanwhile, Homeland Security Secretary Alejandro Mayorkas traveled Monday to the makeshift camp in Del Rio, where he once again warned asylum seekers not to come to the United States.

Homeland Security Secretary Alejandro Mayorkas: “Only Haitians living in the United States before July 29th are eligible for temporary protected status. … If you come to the United States illegally, you will be returned. Your journey will not succeed, and you will be endangering your life and your family’s lives.”

Driven by hunger, hundreds of Haitian refugees crossed back into Mexico and returned to the makeshift border camp in the U.S. carrying food. This is a Haitian asylum seeker who says he and his two children went without food for four days.

Nerline Clerge: “People in the United States don’t give us anything, just water. Since children only receive water, children are going hungry. We are out in the open. The United States government has no conscience.”

Advocates say at least three more deportation flights were sent to Haiti yesterday. Several more are expected today and in the coming days as the Biden administration continues its mass expulsion of Haitian asylum seekers, including families and children.