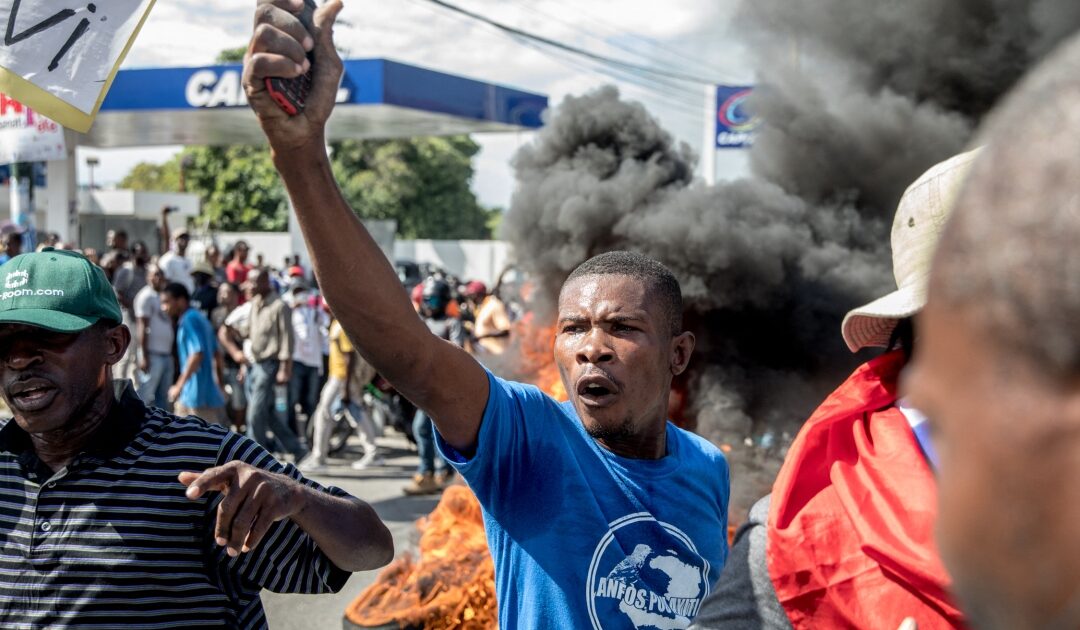 A notorious Haitian gang known for brazen kidnappings and killings has been accused by police of kidnapping 17 Christian missionaries, including five children, from a US-based organisation.

The gang, whose name roughly translates to 400 “inexperienced men,” controls the Croix-des-Bouquets area that includes Ganthier, where they carry out kidnappings and carjackings and extort business owners, according to authorities.

Ohio-based Christian Aid Ministries said the kidnapped group consisted of 16 US citizens and one Canadian national and included seven women and five men as well as the children. They were in a bus on their way to visit an orphanage when they were abducted, it added.

“We are seeking God’s direction for a resolution, and authorities are seeking ways to help,” the organisation said in a statement.

Haiti has seen a spike in kidnappings following the killing of President Jovenel Moise in July as armed gangs take advantage of spreading insecurity and a political crisis aggravated by Moise’s assassination.

“This kind of climate gives opportunities for anyone to do whatever they want because it’s easy now,” Emmanuela Douyon, founder and executive director of Policite, a think tank, told Al Jazeera. “There’s not much control. Anyone who has something against you can do something. The risks are higher now than they used to be.”

Those affected generally come from the Haitian middle class – teachers, priests, civil servants, small business owners – who can scrape together a ransom. Gangs have demanded ransoms ranging from a couple of hundred dollars to more than $1m, according to authorities.

“We call for the liberation of the persons kidnapped, whether American citizens or of other nationalities,” Gedeon Jean, the director of the Center for Analysis and Research in Human Rights, based in the capital Port-au-Prince told the AFP news agency. He said the current situation was “detrimental to human dignity”.

The US State Department said it was aware of the reports. US embassies do not typically release information about citizens due to privacy regulations. A senior US official, speaking on condition of anonymity, told AFP the United States was in touch with Haitian authorities to try and resolve the case.

The Canadian government said it was working with local authorities and groups to gather more information.

While attacks on foreigners are relatively rare, 400 Mawozo is suspected of being involved in the April kidnapping in the same area of a group of priests and nuns that included French citizens.

Its annual report for last year said that American staff had returned to their base in Haiti after a nine-month absence “due to political unrest” and noted “uncertainty and difficulties” arising from such instability.

A team from the AP on Sunday visited the group’s orphanage in Ganthier, where a couple of children were seen walking through a yard. A security guard confirmed that it was the place the kidnapped missionaries visited before they were abducted. The guard called the orphanage’s pastor at the AP’s request, but he declined to comment, saying only, “Let’s leave things as they are.”

At least 328 kidnappings were reported to Haiti’s National Police in the first eight months of 2021, compared with a total of 234 for all of 2020, according to a report issued last month by the United Nations Integrated Office in Haiti known as BINUH.

Analyst Jean said the absence of a strong state had left a void that criminal gangs have moved to fill, extending their hold from some of the capital’s poorest districts into surrounding areas.

The kidnapping of the missionaries comes just days after senior US officials visited Haiti and promised more resources for Haiti’s National Police, including $15m to help reduce gang violence.