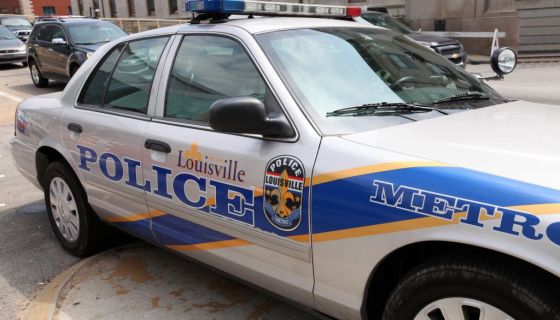 I‘m sure there are a lot of cops out there who long for the day when they could engage in a little racial profiling and stop and frisk without fear of accountability, lawsuits or any accusation that they participated in anything other than regular-degular American policing.

“Watchu mean we can’t pull the negroes over for fictional traffic violations and go on good old-fashioned white supremacist fishing expeditions for excuses to arrest them?” these officers might ask, because, while cops are still routinely engaged in racist policing like this every day, there’s a national spotlight on them now that makes it at least moderately more difficult for them to operate as Nazis with badges with impunity.

The city of Louisville has agreed to pay $75,000 to a Black couple who was pulled over in 2018 for failing to use a turn signal. The cops involved in the stop must have forgotten how video footage works because body camera footage shows the car’s turning signal was on as the couple, who were traveling with their now-10-year-old son, was being pulled over.

The settlement came with a strange and laughable stipulation: The couple isn’t allowed to say anything bad about the police.

According to The Courier-Journal, Anthony Parker Sr. and his then-fiancé Demetria Firman (the couple is married now) filed the lawsuit in 2019 saying they were driving home from church with their son when they were pulled over and made to exit the vehicle to be frisked in a “desperate attempt by the officers to find guns and drugs,” which, of course, they did not find. The suit accuses cops of pulling the couple over “because they are Black, were in a nice car and were in a designated target neighborhood of LMPD.”

In fact, according to the lawsuit, the couple was only allowed to leave once the officers discovered they were acquaintances of one of the cops’ colleagues.

In the video, Firman can be heard asking what they had done to be made to get out of the car, to wich Officer Josh Doerr replied, “This is how we conduct all our stops. We’re a different kind of unit that works a little different than traditional.”

I can just hear it now:

In the criminal justice system, Black people who didn’t actually do anything are still concidered especially heighnous. In Lousiville, the dedicated Klan-ish cops who investigate these non-visious non-felonies are members pf an elite squad known as the Negroes Lay Down Unit. These are their stories. (Cue Law & Order chime.)

Anyway, the city agreed to settle the lawsuit on September 9, under the condition that the plaintiffs agree “not to make or direct anyone to make any statements, written or verbal, with the intention to defame, disparage or in any way criticize the personal or business reputation, practices or conduct of Metro Government.” The couple is also prohibited fro criticizing the officers involved in the stop—Officers Doerr, Gabriel Hellard, now-former officer Kevin Crawford and now-former Chief Steve Conrad—“as it pertains to the underlying facts of this action.”

The condition reportedly includes statements to the media or on social media, which means neither Parker or Firman were allowed to post about their encounter with racist cops—not that cops are inherently racist or anything.

Maybe the LMPD felt the need to include the stipulation in the settlement agreement because the department has been under scrutiny since the shooting death of Breonna Taylor. Or maybe it’s because Parker and Firman’s lawsuit was “one of several filed against the city stemming from the tactics of the 9th Mobile Division, which pulled over Black drivers in the West End in an attempt to find firearms as part of an anti-violence campaign,” the Courier-Journal reported.

The other pending lawsuits include one filed by attorneys representing teenager Tae-Ahn Lea, who was allegedly detained for nearly 25 minutes after beijng pulled over for committing the egregious and heinous crime of…makeing a wide turn. Officer Hellard and ex-officer Crawford were also invoved in that stop.

“The city is paying to silence its critics,” Michael Abate, a lawyer for The Courier-Journal and the Kentucky Press Association said. “It is paying them off. And it seems designed to impede reform. It is bad policy and really troubling.”

First Assistant County Attorney Ingrid Geiser denied the notion that Parker and Firman are being silenced a t all saying in a statement that they “are not prohibited from talking truthfully about what happened during their traffic stop.” She added, however, that the language in the agreement “should have more accurately reflected the agreement of the parties.”

Yeeeeah, I’m sorry, but there’s no way for the couple to tell this story without saying disparaging things about racist cops.

White Man Accused Of Murdering 2, Including Cop, Isn’t Killed Even After Shootout With Another Officer