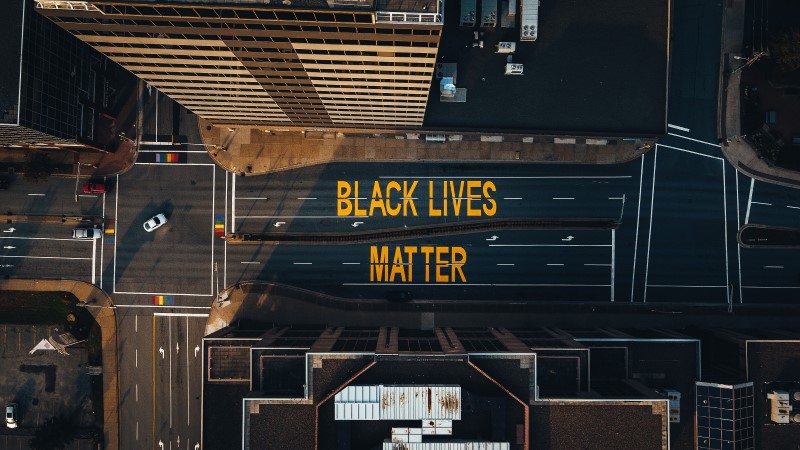 There is a long history of anti-Black racism in Canada. Slavery was part of Canadian society at the height of the transatlantic slave trade and systemic discrimination towards persons of African descent was an everyday reality for early Black pioneers. Many of these early pioneers faced segregation across institutions and in every aspect of life. They contended with discrimination in employment and education; they fought against exclusion from public places such as restaurants and theatres; and they were constantly underserved with public amenities that many in the mainstream took for granted.

This cycle of systemic oppression has become entrenched in every facet of society and operates explicitly and implicitly at individual, community, and system levels.

The impact of anti-Black racism is pervasive. It cuts across every aspect of the society and side lines individuals of African ancestry socially, politically, economically, and spiritually. Anti-Black racism is a clear and present danger that calls for an urgent and decisive response from all levels of society.

Halifax Regional Municipality recognizes that discrimination and systemic barriers are present in all facets of society. As an organization, the municipality is not immune to the variety of forms that discrimination takes within its structure, the community, and beyond. Similarly, the municipality acknowledges the unique and nuanced impacts of anti-Black racism as a specific form of racism experienced by Black people. It is therefore important that, as a public service organization, the municipality acknowledges anti-Black racism within its structure and in how its services are provided to the Black community.

In light of this reality, the municipality’s responsibility and commitment to dismantling anti-Black racism has been heightened and demands a decisive organizational response. The approach and context for a municipal Anti-Black Racism Strategy and Action Plan is one of collaboration and engagement internally and externally.

The intent is to build on previous and ongoing projects, policies, programming, and recommendations that have already been implemented within the municipality and the work currently underway through its Office of Diversity and Inclusion/African Nova Scotian Affairs Integration Office, and other business units. Partnering with external stakeholders will allow the municipality to leverage decades of community-led efforts to address anti-Black racism and advance an equitable and just society. In addition, several key projects, initiatives, recommendations, policies, and data sources will shape the scope of the municipality’s Anti-Black Racism Strategy and Action Plan.

With the process set in motion, a project charter was created in the fall of 2000 to guide the development of an Anti-Black Racism Strategy and Action Plan. Through this project charter, five key objectives were identified as the pathway for the process:

Soon after the development of the project charter, an Anti-Black Racism Steering Committee consisting of employees at various levels of the organization and across different business units was created to govern the project. Over seven months, several key milestones were reached as part of the process. These include:

Addressing anti-Black racism has received support from both the political and administrative arms of the municipality. This has been demonstrated by creating an Anti-Black Racism Strategy and Action Plan and making it an area of focus in the 2021-2025 Strategic Priorities Plan. In addition, the organization has also committed financial resources that will ensure successful development and implementation of the plan.

The process for implementing a municipal Anti-Black Racism Strategy and Action Plan will be a collaborative one. The organization will leverage contributions from subject matter experts and partners, within the organization and across the community. The initiative will build on the foundation developed and information gathered from past and ongoing efforts. This will help craft a multi-year plan with clear and tangible actions that will focus on identifying and implementing specific goals to address the gaps within the municipality and concerns within the community at large.

It is expected that a draft Anti-Black Racism Strategy and Action Plan will be presented to Halifax Regional Council in the fall of 2021.  MW

✯ Municipal World Insider and Executive Members: You might also be interested in Craig Wellington’s article: Countering unconscious bias and systemic racism in your municipality: How to move beyond symbolism to meaningful action.

Ayo Aladejebi is originally from Nigeria and has lived in Nova Scotia for more than 20 years. He worked for the Halifax Regional Municipality as Senior Advisor for the African Nova Scotian Affairs Integration Office, a division of the Office of Diversity and Inclusion. In this role Ayo provided guidance and leadership to foster better relationships with communities of African descent across Halifax Regional Municipality.

The post Addressing anti-Black racism as a priority appeared first on Municipal World.

← Black Female DC Police Officers Suing the City Were Told To Have An Abortion Or Be Fired | African Elements ← 1705: America Runs On Racism by The Black Guy Who Tips Podcast