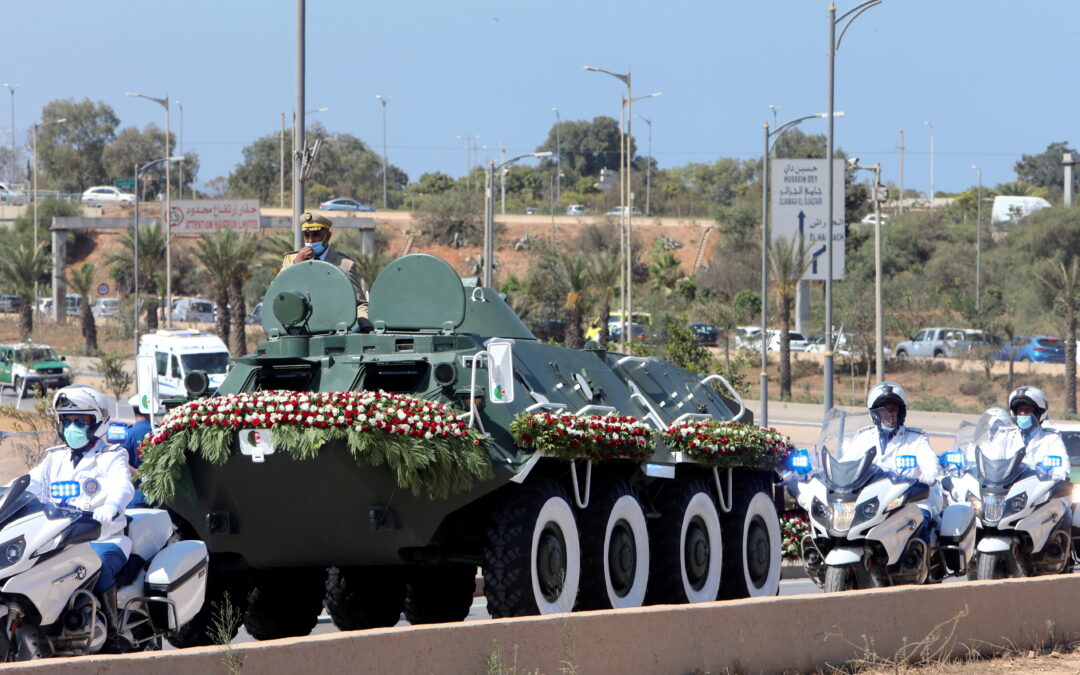 Algeria has buried Abdelaziz Bouteflika, the North African country’s longest-serving president, at a cemetery for its independence heroes but without the honours accorded to leaders who died before him.

Flags flew at half-mast in the country ahead of the funeral on Sunday of Bouteflika, who died on Friday aged 84.

Without fanfare, in contrast with previous presidential deaths, state television announced that Bouteflika would be laid to rest at El Alia cemetery, east of capital Algiers, where his predecessors and other independence fighters are buried.

Bouteflika is not being accorded the ceremony of Algerian presidents who died before him, and there will be no eight-day official mourning period.

His once-powerful brother Said, jailed on corruption charges, has been authorised to attend, his lawyer Salim Hadjouti told the Arabic website SabqPress.

The announcement of Bouteflika’s death triggered muted reactions in the former French colony, reflecting his absence from public view.

A statement from his successor Abdelmadjid Tebboune noted Bouteflika’s past as a fighter in the war for independence and said flags would be at half-mast for three days to honour him.

The former strongman quit office in April 2019, having been abandoned by the military following weeks of street protests over his bid to run for a fifth presidential term.

He had risen to power in 1999 on a wave of popular support as his amnesty offer to Islamist armed fighters helped bring an end to a decade-long civil war.

On the streets of the capital Algiers, many residents told AFP news agency the once-formidable president would not be missed.

“Bless his soul. But he doesn’t deserve any tribute because he did nothing for the country,” said Rabah, a greengrocer.

A retiree, Ali, said Bouteflika “served his country, but unfortunately he made a big mistake” with a fourth presidential term and then by seeking a fifth when he was ill.

Dubbed “Boutef” by Algerians, he was known for his three-piece suit even in the stifling heat, and won respect as a foreign minister in the 1970s as well as for helping foster post-civil war peace.

Algeria was largely spared the uprisings that swept the Arab world in 2011, something many credited to memories of the civil war and a boost in state handouts.

But Bouteflika’s rule was marked by corruption, leaving many Algerians wondering how a country with vast oil wealth could end up with poor infrastructure and high unemployment that pushed many young people overseas.

Bouteflika faced criticism from rights groups and opponents who accused him of being authoritarian.

He suffered a mini-stroke in April 2013 that affected his speech, and he was forced to use a wheelchair.

He decided to seek a fourth mandate and his bid in 2019 for a fifth term sparked protests that soon grew into a pro-democracy movement known as “Hirak”.

Some Bouteflika-era figures were eventually jailed but the old guard from his era still largely rules the country.