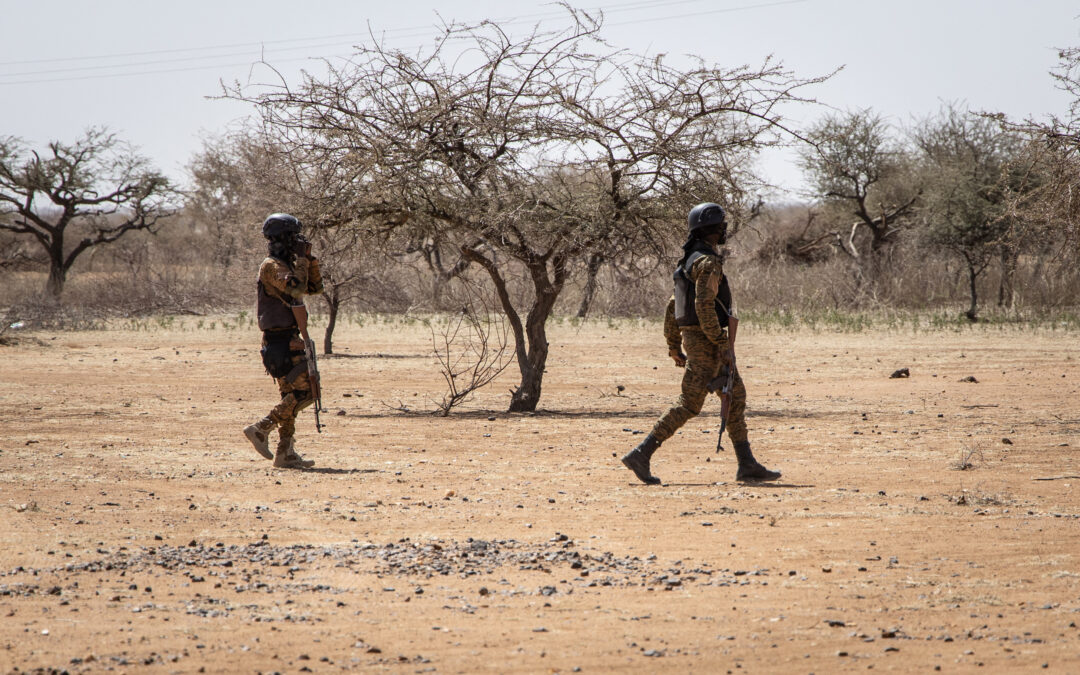 An armed group has killed at least 30 people in a series of attacks in villages across northern Burkina Faso.

The unidentified assailants struck villages near the town of Markoye around midday on Wednesday and then attacked security forces responding to the raids later that afternoon, the country’s defence ministry said in a statement on Thursday.

The victims included 11 civilians, 15 soldiers and four members of a government-backed civilian militia. More than 10 attackers were also killed, the statement said, adding the military had regained control of the area.

On top of the killings, cattle were stolen and properties set on fire.

The ministry said the area where the attacks took place “is now in the control of military units and the counteroffensive to find the assailants is ongoing on the ground and in the air”.

Earlier, a regional official with the volunteer self-defence force (VDP) said the attacks occurred in Burkina’s Sahel administrative region, hitting the villages of Badnoogo, Bassian, Tokabangou and Gadba near the Niger border, and the district of Pensa in the centre-north region.

“Several bodies were recovered,” said the member of the VDP, which fights armed groups alongside the Burkinabe defence and security forces. One VDP member was among the victims, he added

There was no immediate claim of responsibility for the attack.

Since 2015, Burkina Faso has struggled to fight back against increasingly frequent and deadly attacks from armed groups linked to al-Qaeda and ISIL (ISIS).

Such attacks, which have killed at least 1,400 people, first started in the north near the country’s border with Mali, but have since spread to other regions, particularly in the east, sparking a major humanitarian crisis.

In early June, the northern village of Solhan was hit by the deadliest attack since the start of the conflict, with at least 138 people killed.

The massacre prompted a mass exodus of more than 7,000 families searching for more secure places.

Since 2019, violence in the country has forced more than 1.2 million people – about one in 20 in the population – to flee their homes, according to figures by the United Nations’ refugee agency.

Some 150,000 people have become internally displaced this year alone, the agency said in early June, adding that 84 percent of them were women and children.