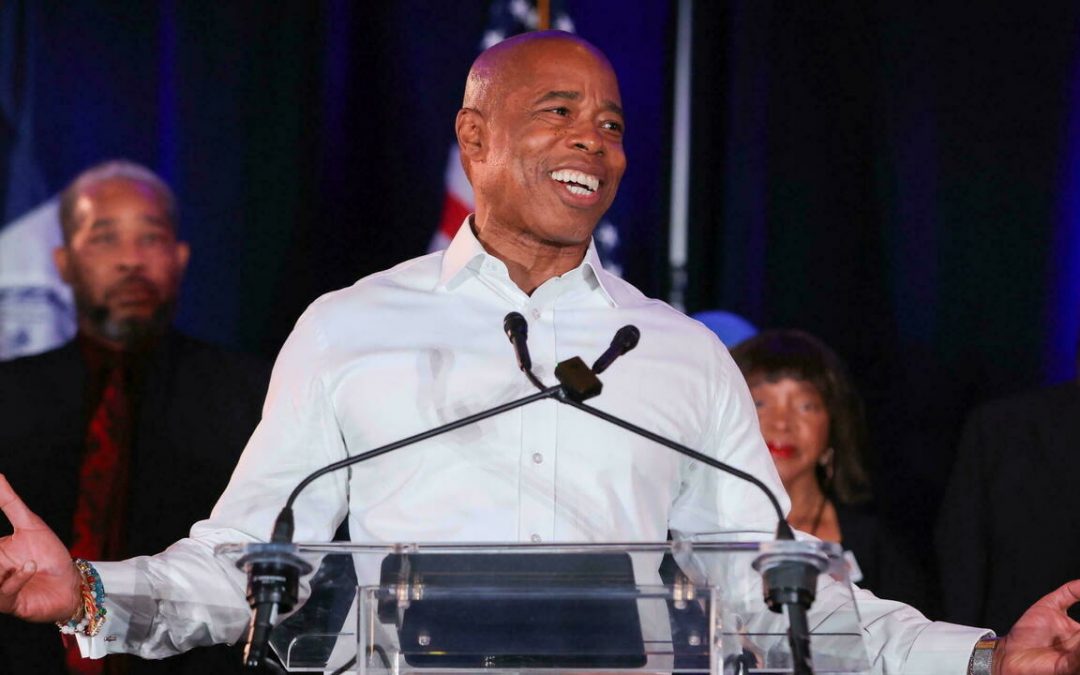 Adams, the Brooklyn borough president since 2014, was projected the winner by the Associated Press. He will become the city’s second Black mayor after defeating Republican Curtis Sliwa, founder of the Guardian Angels civilian patrol.

The 61-year-old Adams takes over in January from Democrat Bill de Blasio, who was term-limited after eight years in office.

Adams will face the task of overseeing the largest U.S. city’s nascent recovery from the coronavirus pandemic, as well as confronting wealth inequality, lack of affordable housing and struggling public schools.

He had been expected to win handily in the overwhelmingly Democratic city.

His victory could give President Joe Biden’s Democrats some signs of where voters stand as the party strives to maintain a fragile alliance between progressives and centrists in Washington.

Adams prevailed in the party’s primary election with a coalition that resembled, in some ways, the voters who helped elevate Biden to the Democratic nomination in 2020, especially his support among more moderate Black voters.

Progressives worry Adams will cater too much to the real estate industry, a powerful lobby that gave generously to his campaign.

Right on ‘streets’ not ‘tweets’

Adams has not been shy about suggesting that his triumph can serve as a blueprint for national Democrats. He has been dismissive of critics of his agenda on the left who he says do not speak for mainstream Democrats.

Portraying himself as a “blue-collar” New Yorker, he said working-class Democrats had been ignored by the party’s more liberal wing.

Perhaps no issue has animated Democrats more in the past year than policing, after the 2020 police killing of George Floyd, a Black man, in Minneapolis sparked months of demonstrations across the country.

But a spike in crime has prompted mayoral candidates across the country to call for more investment in policing, not less, as public safety has risen to the top of many voters’ list of concerns.

Adams has argued the city cannot make a full economic recovery without addressing violent crime. He bluntly rejected the “defund the police” movement as a product of left-wing activists.

Instead, he has sought to strike a balance between calling for more aggressive policing and vowing reforms, including more diversity in the department’s senior ranks.

His personal story helped lend credence to his words. Adams has spoken of being beaten by police officers as a teenager.

While a member of the New York City Police Department, Adams developed a reputation as an activist after co-founding 100 Blacks in Law Enforcement Who Care, an advocacy group that spoke out against police brutality.

Adams, who secured key union backing, is seen as labor-friendly. He has also said he will work to connect more low-income residents with city services they are eligible for but do not use.

Adams, who has acknowledged having his eye on City Hall for decades, has sometimes been accused of altering his persona for political expediency.

He switched to the Republican Party for several years before running successfully for the state Senate as a Democrat, and he has described himself as both a progressive and a moderate.

Take international news everywhere with you! Download the France 24 app