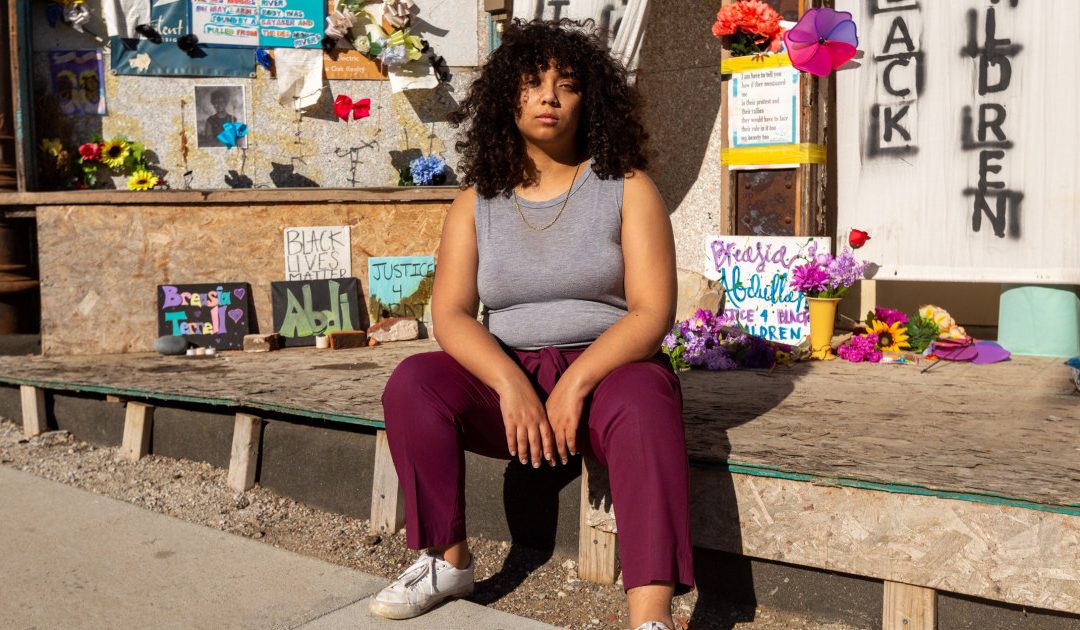 A 27-year-old Black Lives Matter activist ousted a two-term incumbent on Tuesday to win a seat on the Des Moines City Council, in contrast to other racial justice organizers who lost races elsewhere.

Sheumaker, who has no prior political experience, ran on a platform that included defunding the police and decriminalizing marijuana in the capital city of Iowa, which has increasingly become a Republican-controlled state. She will be the only person of color on the City Council, and the only member under 30.

“We’d been talked down to a lot by people saying, ‘You can’t win on defund’ — we said let’s see if that’s true,” Sheumaker said in an interview.

Sheumaker’s victory came as voters in other cities rejected initiatives and candidates promising to fulfill goals of racial justice activists.

In Minneapolis, voters rejected a citywide ballot initiative to replace the police department with a Department of Public Safety that would take a “public health approach” to law enforcement. Two council members who backed the initiative also appear poised to lose their seats, according to initial unofficial results. Meanwhile, in Seattle, a candidate for city attorney vowing to get tougher on crime held a strong lead over her opponent who supported abolishing misdemeanor prosecutions.

The Black Lives Matter movement became a focal point in many school board elections across the country as conservative candidates vowed to eliminate equity initiatives created after the 2020 murder of George Floyd. Conservative candidates had mixed results Tuesday, including in the Des Moines suburbs.

Sheumaker hadn’t attended a City Council meeting until June 2020 when she and other Black Lives Matter activists tuned in through Zoom to push for an ordinance to ban racial profiling by the police department. She then became a fixture at council meetings and protests as an organizer with the Des Moines Black Liberation Movement, criticizing city leaders for devoting too many resources to police.

She attributes her win to giving people a platform that got them excited to vote for someone, rather than voting out of obligation, and focusing on increasing turnout from neighborhoods in the ward where people typically don’t show up for city elections. She had support from activists aligned with the Black Liberation Movement who knocked on doors in her ward. She also translated campaign literature into Spanish, Bosnian Vietnamese, Burmese and Thai, according to The Des Moines Register.

She will be sworn into office Jan. 10 and said she plans to focus on issues she feels have been ignored by city leaders, including homelessness, flood preparedness, rent control and tenants’ rights.