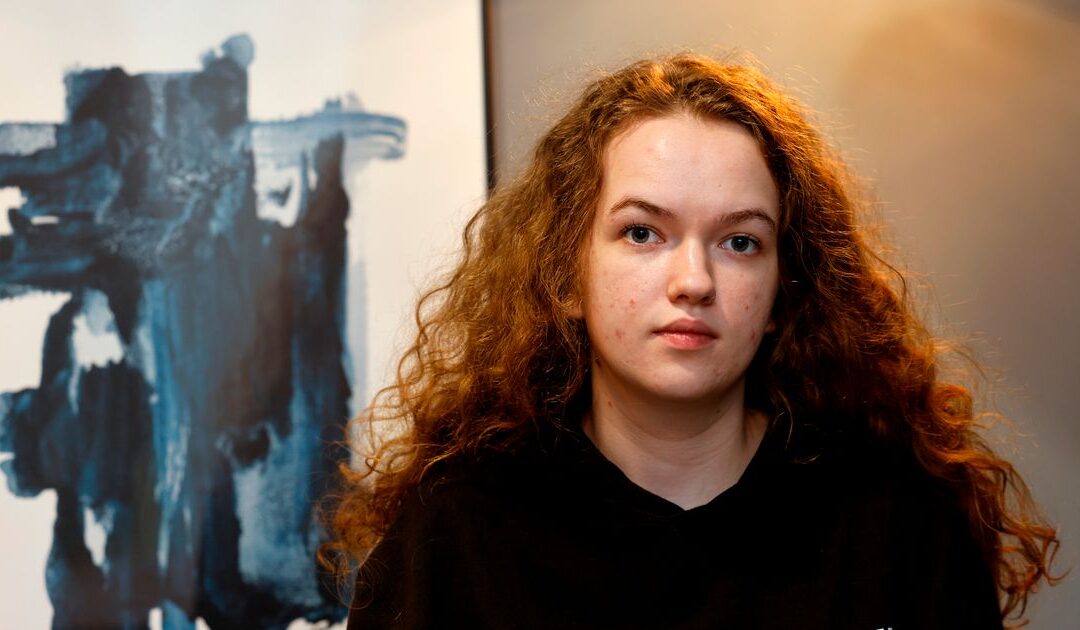 A Black Lives Matter (BLM) protester claims she captured the moment a covert officer tried to recruit her as a police informant.

Anti-racism campaigner Lowri Davies made a voice recording of a conversation she had with a woman claiming to be part of a covert unit within South Wales Police.

Lowri, who is in her early twenties, said she believes police tried to manipulate her into giving them information, and claims the alleged incident has left her “traumatised”, Wales Online reports.

The Swansea law student has played a key role in organising local peaceful anti-racism events for the city’s BLM group.

Lowri said she first received a phone call from the woman in March 2021, when she asked Lowri for help in giving the force information about “anti-social” activity that might disturb the protests.

The officer told her that could include members from “other organisations” – such as alt-right groups – turning up at organised protests and causing issues such as violence.

Lowri said she has no knowledge of these groups and believed it was a ruse by police to encourage her to later give details about her own group.

She decided to record the conversation and has shared the recording with Wales Online.

The woman can be heard saying: “Our department, we work with police informants basically. So it could be for a range of different reasons, some persons speak to us because of their involvement with drugs or burglary or it could be a wide range of criminal activity.” She added: “Obviously, in your case the reason for the contact is because of your involvement with the protests.”

Describing herself as not an “overt” police officer, the woman added: “We don’t meet people at police stations, and we don’t meet people at their home addresses, again because of the covert nature of my role. We are not seen anywhere. We would arrange to meet you where we know you’re not going to be compromised, and where nobody is going to see you with us.”

Lowri said the woman verified she was an officer by reading details about recent protests she had been involved in.

She was told not to tell anyone else about the conversation three times by the officer, and, on several occasions, Lowri told the officer she thought the situation was “scary”.

The officer, who called Lowri two times, arranged a meeting between Lowri and another officer so they could talk about her recruitment in more depth.

Lowri said they arranged to go for a drive the next day and she was asked not to bring any recording devices to their meeting.

The officer was recorded saying: “The only thing I would ask is for you not to tell anybody about this phone call, just to avoid any potential compromise or threat of physical harm to yourself.”

Lowri said when she met with the officers they checked her phone, set it away from her and searched her for recording devices before they spoke for about 90 minutes.

Lowri said some of the questions asked and topics of conversation brought up during the meeting were very personal. She also suggested they were interested in gaining information about other left-wing groups.

You can sign up very simply by following the instructions here

Lowri said she has been left unable to lead a normal life since, and has feared she is being followed or watched.

Speaking to WalesOnline, she said: “I was traumatised and it has had a really big knock-on effect on my personal life because of the questions they asked. I don’t feel safe now when I go out in public. Whenever I’m out walking, I feel like I’m being watched.”

Lowri said it has been left confused by the intentions of the police and where their relationship stands with peaceful protesters going forward.

She said: “The police like to say they’re not institutionally racist, we have no issues and we celebrate Black History Month. Then you get Black Lives Matter Swansea, which is a non-violent group not doing anything really extreme. We play music at our protests and like to showcase black talent. So for the police to say they’re not racist and then to target the Black Lives Matter Swansea group, it’s just a kick in the teeth really.”

Lowri said the Black Lives Matter group in Swansea has always worked closely with the police in order to carry out protests peacefully and safely, which has added to her confusion about the telephone calls. She said she has a personal police liaison officer who she gets along with and who she already reports to if she has any information that would help her group’s protests run smoothly.

South Wales Police said it would neither confirm nor deny any specific details in relation to this matter.

A spokesman for the force said: “A complaint has been received which refers to contact made by a covert officer. This is currently being considered by the force’s Professional Standards Department and therefore it would be inappropriate to comment further at this time.

“The use of informants is a well-established and highly regulated tactic used by police forces across the country to protect the public. Their use is controlled within strict legal parameters by trained specialised staff and the accountability and protection of the informant and the public is paramount.

“Protest organisers have an obligation to liaise with police forces and South Wales Police has a proven track record in working with organisers to facilitate lawful protest while minimising disruption to the wider public.”