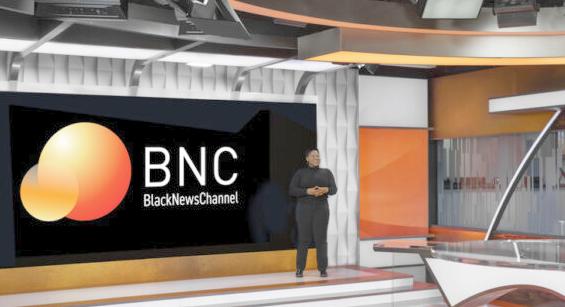 *Back when former Republican Representative from Oklahoma J.C. Watts decided to start a news channel many of us frowned up out faces because we thought it was just going to be Fox News in blackface.

However, many were pleasantly surprised at the realization that it was actually an earnest effort to air unbiased journalism from a black perspective.

Welp, all those positive vibes are in serious trouble with the report that Black News Channel is having some trouble at the top and has just hired a team of independent consultants to steer leadership away from practices that have gotten them in a bad spot.

According to sources, a top news executive has been suspended and three staffers have quit, reports Journal-isms. This comes on the heels of two terminated employees having filed a class action suit in Cook County (Ill.) Circuit Court claiming gender discrimination.

“Women at Black News Channel are routinely paid less than men in equivalent positions, and forced to conform to sexist or misogynistic stereotypes about how women are supposed to behave,” Ashley Flete and Claudia Jean said in their Aug. 2 class action suit. “This action seeks to vindicate the rights of women employees at Black News Channel.”

Lawyer Sheryl Ring, who is representing the women, told Journal-isms by telephone that the channel has asked for additional time to respond and that she plans to add more plaintiffs.

As the news outlet grew from 2 million households to a whooping 50 million homes, in a little under a year, praise flooded in. However, the employees complained about increased workloads and unpleasant working conditions.

President and CEO Princell Hair announced that changes would be implement via a internal letter.

“Over the course of the next few weeks, you will witness several changes that we will implement to help ensure that our work environment empowers our employees to be innovative and motivated. Let me be clear — I hear you. Your collective voice is driving our actions. Some of our upcoming changes will include the following:

“3. Distribution of an updated Employee Handbook;

“Beyond these changes, we will also be implementing a thorough assessment of our policies, procedures and practices, which is an initiative that I will personally oversee. . . .”