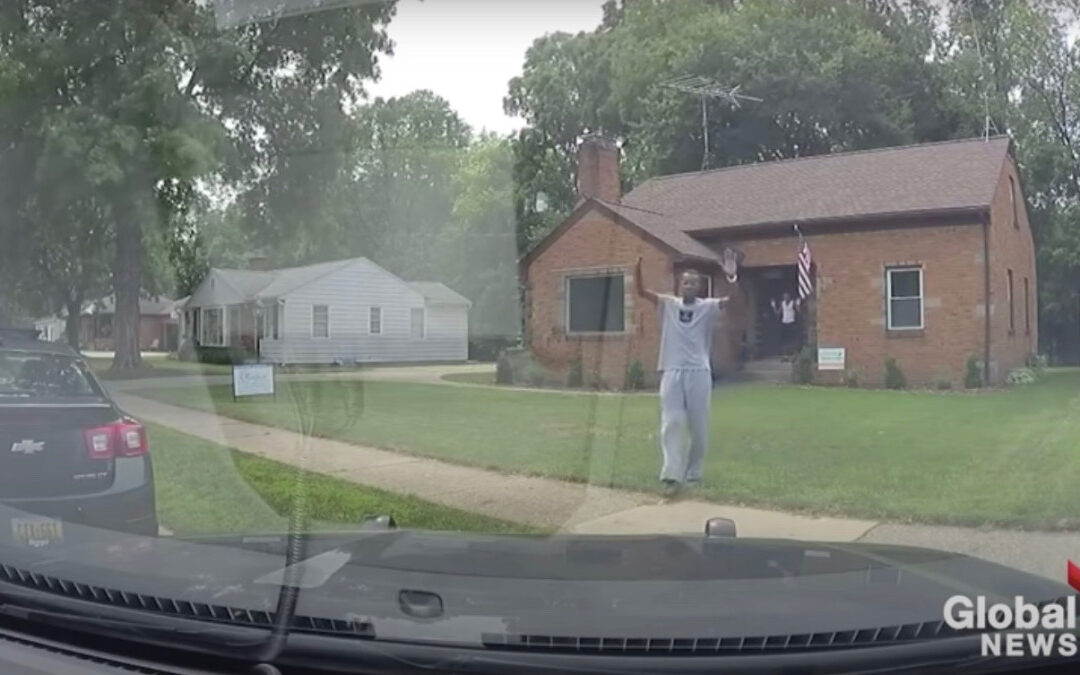 A Black real estate agent has filed a federal lawsuit against a Michigan city, after he and his clients were placed in handcuffs during a house viewing.

According to USA Today, realtor Eric Brown filed the complaint in early October, about two months after he was restrained by police alongside his client Roy Thorne and his 15-year-old son, Samuel—both of whom were listed as co-plaintiffs. The incident took place Aug. 1 in Wyoming, Michigan, while Brown was showing the Thornes a residential property located on Sharon Avenue SW.

Shortly after the tour began, Samuel came up from the basement and said he saw a group of police surrounding the home, where an intruder had been arrested just two weeks prior. Officers said they arrived at the scene after a neighbor reported seeing the intruder back at the home; but it turns out it was a case of mistaken identity.

Dash cam footage shows police pointing their guns at Brown, Thorne, and Samuel as they held their arms in the air. The three were immediately placed in handcuffs and questioned by police.

“I prepared myself to get shot or killed,” Thorne told USA Today. “I can’t get it out of my head. I keep replaying that walk down the stairs.”

After realizing the neighbor had made a mistake, authorities released the men and teen, and issued an apology; however, Browne and the Thornes argue they are owed much more than a simple sorry. The plaintiffs are suing the City of Wyoming, its police chief, and the six officers who were involved.

Brown and the Thornes are seeking unspecified damages over unlawful detainment, excessive force, as well as violations of equal protection and civil rights. Other allegations include assault and battery, as well as intentional infliction of emotional distress.

The Wyoming Police Department defended officers’ actions and said race was not a factor in how they handled the situation.

“We have concluded race played no role in our officers’ treatment of the individuals who were briefly detained,” the police statement read. “While it is unfortunate that innocent individuals were placed in handcuffs, our officers responded reasonably and according to department policy based on the information available to them at the time.”