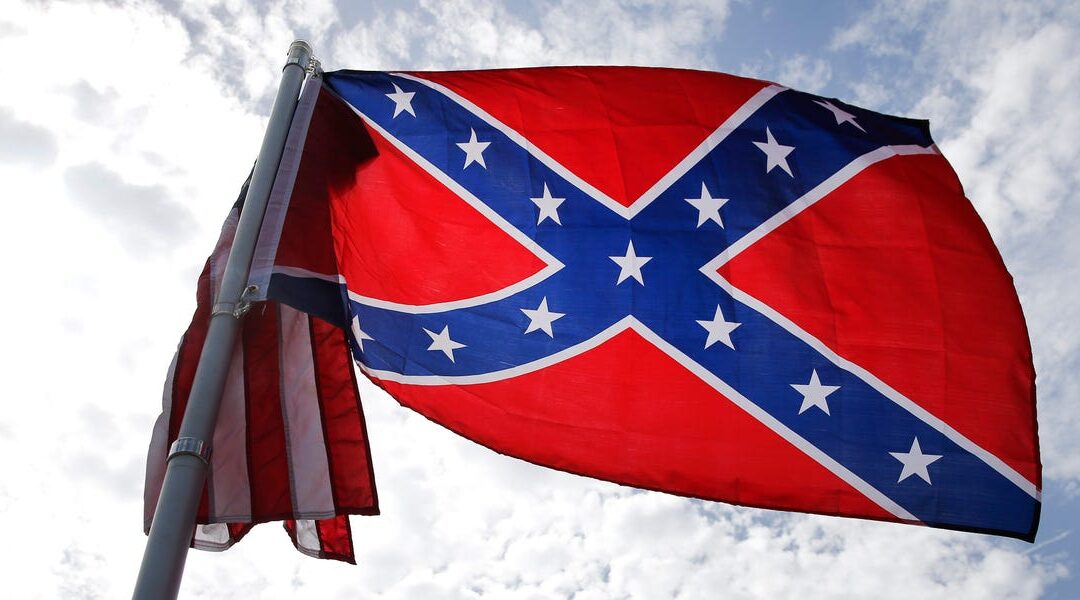 Top stories based on your reading preferences

A group of Black students in Georgia was suspended after they planned a protest in response to white students who waved a Confederate flag and reportedly used racial slurs against Black students while at school earlier in the month.

Students at Coosa High School in Rome, Georgia, were captured on video waving the Confederate flag during a spirit day event, but the students did not face disciplinary action from school officials, a student at the school told WGCL-TV.

The incident led other students to plan a protest against racism. The student organizer, Jaylynn Murray, told WGCL-TV that the Confederate flag “is a racist symbol” and “it makes me feel disrespected.”

A recording of an announcement made over the school intercom last week obtained by the outlet said students should not participate in a protest, warning they’d be “disciplined for encouraging unrest.”

The protest organizers, comprised of a group of Black, Latinx, and white students, were called to the front office to discuss the demonstration with administrators, the students said, according to the report. During the meeting, the organizers said they argued with school officials over the lack of actions against their classmates who they said used racial slurs against Black students, WGCL-TV reported.

“They didn’t suspend me and I was yelling and loud. It’s because I’m white,” student Lilyan Huckaby told the outlet.

Other students were ultimately suspended Friday when they participated in a protest outside the school, WGCL-TV reported. Data shows that Black students in Floyd County made up the highest suspension rate, 8%, in 2020 compared to their counterparts, according to The Hill.

“We’re not allowed to wear Black Lives Matter shirts or the LGBTQ flag, but kids can have Confederate flags, and they have said nothing,” a student told the outlet.

A video posted by WGCL-TV’s Hayley Mason on Oct. 8 shows students protesting and shouting: “No Justice, No Peace.”

← missing Black woman found dead inside a police van in Huntsville, Alabama ← Black Panther composer has died, at 60 – Slipped DiscSlipped Disc | The inside track on classical music and related cultures, by Norman Lebrecht