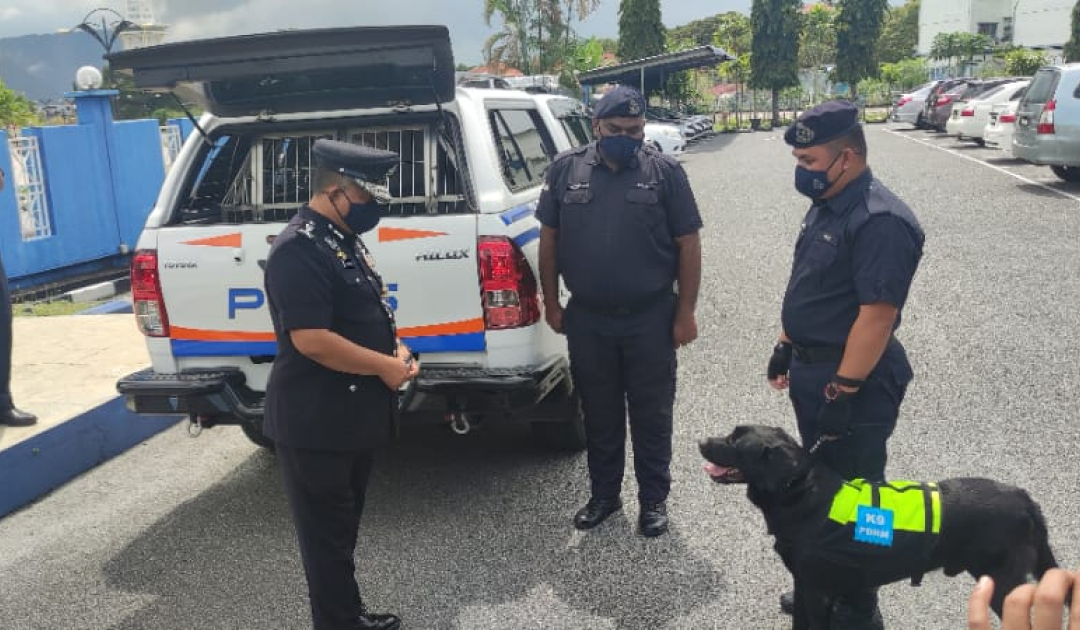 KUALA LUMPUR, Oct 26 ― He may have joined the Langkawi police force in January this year but Black the Labrador retriever has successfully proven his mettle when he led police to the arrest of a suspected drug pusher the following month.

In recognition for his hard work, the three-year-old male dog was awarded with a certificate of appreciation and was given treats by Kedah police chief Datuk Kamarul Zaman Mamat on Sunday.

Black reported for duty at Langkawi district police on January 27 and the successful bust was carried out on February 2 at Kampung Kelibang.

A 40-year-old suspect was arrested with 126.4 gramme of heroin found.

Harian Metro had reported that the drugs, worth RM7,584, were found hidden in a box placed at a hut near the suspect’s house.

“Black’s presence with his fellow canine colleagues had successfully kept drug distribution on the tourist island in check,” he said.

Besides Black, other dogs attached with the district police’s canine unit are Bagi, Sparky, Axel and Goran.

They are trained to sniff out drugs and explosives.

The five are separated into two groups and they go on their rounds on alternate days with their handlers.