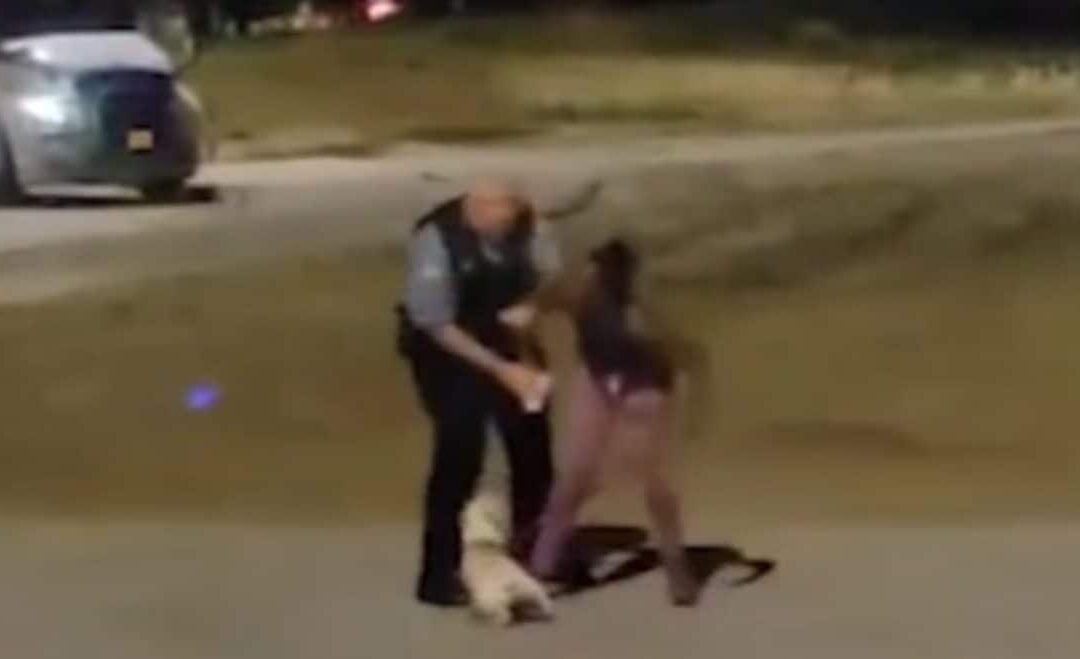 Cell phone footage captured the moment Nikkita Brown was walking her dog when the officer physically assaults her.

Chicago Mayor Lori Lightfoot said she is “deeply concerned” over a video that shows an altercation between a Black woman walking her dog and a white police officer who manhandles her.

The incident reportedly occurred along the city’s lakefront early Saturday morning at North Avenue Beach in the city’s Lincoln Park neighborhood, ABC 7 Chicago reports. Cell phone footage captured the moment Nikkita Brown was walking her dog along the lakefront when the officer physically assaults her.

Brown can be heard screaming for help as she struggles with the CPD officer. The woman’s attorney, Keenan Saulter, said the altercation began after the officer asked Brown to leave the beach because it was closed. Brown claims there were other people walking on the beach but she was the only one targeted.

Brown feels she was targeted because of her race.

“For some reason, this officer decided to specifically interact, and then ultimately address and attack Ms. Brown,” said Saulter.

Brown was already leaving the beach when the officer land hands on her. The Civilian Office of Police Accountability is now investigating the unprovoked attack.

Brown reportedly called 911 once she made it home and reported that the confrontation started while the unnamed officer was in his squad car, per the report.

In a post on Twitter, Mayor Lightfoot said she is “deeply concerned by what is depicted on the lakefront beach in that video. I am aware of the incident and it is currently under investigation.”

I am deeply concerned by what is depicted on the lakefront beach in that video.

I am aware of the incident and it is currently under investigation.

“What we do know is there was some closure of the beach, apparently, that preceded this interaction,” Superintendent Brown said. “That is the extent of what we know. We don’t have an arrest apparently by this officer and don’t fully understand because we have not interviewed this officer and COPA will be in charge of that interview. I believe Copa has reached out to the person you see on video walking the dog that had a struggle with the officer. I believe they are initiating that conversation.”

Brown confirmed that the incident was captured on the officer’s body camera. It remains unclear when that video will be released. The superintendent called on the public to not overreact about the cell phone footage until the Citizen’s Office of Police Accountability completes its investigation.

“He did not serve & protect, he harassed & assaulted. Case closed. Fire him & pay up,” one Twitter user wrote.

CPD is aware of a video circulating on social media regarding an incident involving a Chicago Police officer and a woman walking her dog at North Avenue Beach. CPD promptly referred the matter to @ChicagoCOPA when we became aware of the incident.

The Chicago Police Department said in a tweet that they are working with COPA on the matter.

COPA confirmed in a tweet that they are “in communication with the woman’s attorney.”

COPA is aware of the incident & video currently circulating on social media regarding a CPD officer & woman with her dog on a Chicago beach. We are investigating and in communication with the woman’s attorney.

“We absolutely want a full investigation,” Saulter said. “Our challenge is, we want this officer identified so we can formally make a complaint.”