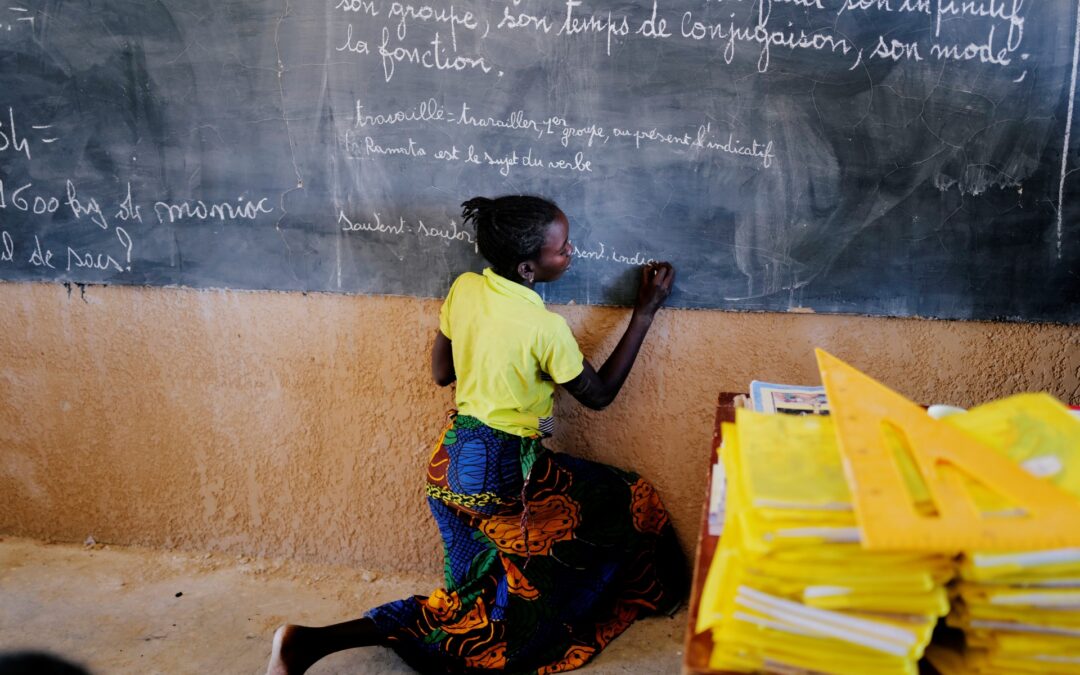 Dakar, Senegal & Ouagadougou, Burkina Faso – In the small towns in Burkina Faso’s Sahel region, straddling the borders with Mali and Niger, the start of the long-delayed school year finally rolled around last month.

The classrooms there – and in much of the rest of the country – have remained empty, even as children went back to school in the capital, Ouagadougou, on October 3.

“We have not resumed classes for this current school year because we cannot access our workplace, which is under blockade,” says a teacher, who wished to speak anonymously out of fear for his safety. “We cannot go there with our own means of transport except by convoy or helicopter.”

Across the West African state, some 4,300 schools, approximately a fifth of the country’s total, are currently closed amid ongoing insecurity there, according to the United Nations.

The Burkinabé government estimates that some 700,000 children and 20,000 teachers are affected, but plenty more could be cut off from classrooms as the number of internally displaced people in the region climbs past 1.6 million.

‘A vicious cycle of violence’

Since 2015, Burkina Faso has been locked in a battle against multiple armed groups – some linked to ISIL (ISIS) and al-Qaeda – that have encroached from neighbouring Mali across the Sahel, as the semi-arid strip below the Sahara Desert is known.

Schools across Mali and Niger – which has also been impacted by the rebels’ activity – have also come under attack, as the conflict rages. But nowhere is the toll on classrooms starker than in Burkina Faso, which has more than 60 percent of the total school closures in the three countries, according to UN figures.

Across Burkina Faso and the world, alarm bells are ringing about the security challenges posed by hundreds of thousands of out-of-school children and the scale of such a violation of children’s basic rights to education.

“You don’t go to school, so if you’re a girl, you’re going to get early childhood marriage instead,” Yasmine Sherif, director of Education Cannot Wait, the UN’s global fund for education in crisis situations, told Al Jazeera. “The boys, on the other hand, you don’t go to school… you are very exposed to being drafted or persuaded to join armed groups. Because if you don’t get an education, [if] you have nothing to do, a young teenage boy is very inclined – against his will or with his will – to join armed groups. So there’s just this vicious cycle of violence perpetrating.”

With their closure, the social support that schools can sometimes offer also disappears.

“What you have also is a very traumatised young population, because school is not just reading and writing,” Sherif added. “[Schools provide] social and emotional skills, school feeding, water, sanitation, safety – you lose all of that.”

Schools are closed for a variety of reasons: sometimes, fighting between the military, militias, and armed groups is so rampant that students, parents, and teachers alike are afraid to venture into classrooms. At other times teachers have faced threats from some of these groups.

Experts say schools are also specifically targeted, burned down, or blown up by the al-Qaeda-affiliated Jama’at Nusrat al-Islam wal-Muslimin (JNIM) because they are a symbol of the state as well as French and secular education.

“Schools are often some of the first targets, along with town halls and mayor’s offices,” said Héni Nsaibia, a senior researcher at The Armed Conflict Location & Event Data Project (ACLED), a conflict research group. “They offer concrete targets for militant groups to attack as a way of putting their own footprint on the map [to say]: ‘We have entered this area.’”

Since 2021, ACLED has registered 144 schools specifically targeted in attacks – 87 of them this year alone – almost all by JNIM.

And as schools have closed, Nsaibia added, the “average ages [of fighters] have really kind of gone down over the years”.

While violence in Burkina Faso is often summed up as a spillover from the conflict in neighbouring Mali, it has firmly taken root in the country, experts say. The country’s east, along the border with Niger, has been particularly hit.

As summed up by a February 2022 report from the Clingendael Institute, a Netherlands-based research group, violent groups have “successfully implanted themselves in eastern communities, exploiting widespread grievances against the central state and local elites amid decades of state neglect and prevailing hierarchical socioeconomic relations.”

School closures have also sparked unrest of their own.

In the eastern town of Diapaga, a parents’ association organised a protest march in October calling for schools that were closed because teachers hadn’t shown up –  out of concern for their safety or because they were cut off from the city – to be reopened. Through November, schools in Diapaga continued to sporadically open and close depending on the changing security situation.

Some 100,000 students are out of school in the East Region alone, and according to Pascal Lankoande, spokesman for the Comité engagé de réflexion pour la cause de l’Est, a local civil society group, only eight of 27 communes in the region have opened their schools.

In Djibo, a city in the Sahel region under an ongoing siege by JNIM since February, students took to the streets last month after schools failed to open on time.

While plenty of children across Burkina Faso are no longer learning, some have relocated to other schools elsewhere in the country, which now face the challenge of integrating hundreds of thousands of displaced children with no other classrooms to turn to.

Last year, the national education ministry launched an appeal to the heads of schools to do everything possible to register and re-register the internally displaced students. But for these institutions, many already underfunded before the crisis, the increased number of students further stretches thin resources.

But the scale of the problem probably requires closer to $1bn, Sheif reckons. “We are dealing with massive demands, and the resources need to match that,” she said.

Amid the continued violence, two coups have taken place in Ouagadougou in the last year, with the new military leaders citing the ongoing insecurity as their primary motivating factor each time.

Both strongmen, however, so far failed to put an end to the seven-year conflict or to put children back in school.

“The current trajectory is a very downward-spiralling one,” said Nsaibia. “Even before the coup in January, and even more so now in [the] September [coup], the larger effort in the country to contain militancy or insurgency was extremely overwhelmed. This has only been fast-tracked by the latest coup.”