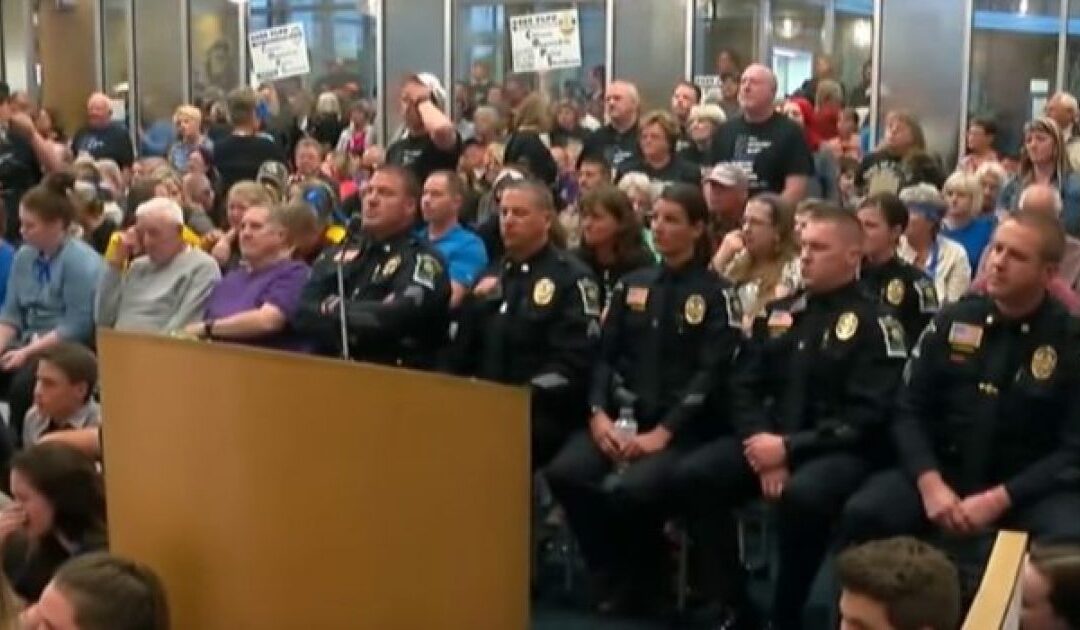 What an opportunity we have as conservatives. When majors used police for political fodder with their Defund the Police programs, we acted.

We partnered with The Fallen Officers and Wives of Law Enforcement to raise awareness of the lies. As part of that effort we produced an award-winning documentary titled Bleeding Blue. That film showcased the many lies told by the media, and the games played by politicians in targeting police and other law enforcement. And our efforts have paid off.

Many advocates of the movement have demanded that police funding be reduced in order to commit more money towards community care networks that could mitigate the systemic factors that push many towards crime in the first place. Several U.S. cities complied — at least temporarily.

Why are Leftists quietly funding the police? Because to do so publicly would mean admitting they were wrong. And what are they wrong about? Crime.

The change of tune, according to the Times, has been in response to “rising levels of crime” in major cities in recent months as well as understaffed departments and pressure from political groups in favor of increasing law enforcement funding.

Multiple Texas cities have undergone especially stark reversals, the Times reported. The Austin Police Department in Texas has seen its budget restored to a record high amount. In Dallas, one year after protesters helped convince Mayor Eric Johnson to defund the Dallas Police Department, he not only proposed to restore many of the budget cuts without receiving much backlash, but passed a budget worth $4.4 billion which included hiring an additional 250 officers.

take our poll – story continues below

Should Congress Remove Biden from Office?

Should Congress Remove Biden from Office?

This field is for validation purposes and should be left unchanged.
Completing this poll grants you access to The Black Sphere updates free of charge. You may opt out at anytime. You also agree to this site’s Privacy Policy and Terms of Use.

Austin Texas has become the Berkeley of Texas, thus is loaded with Leftists. And as we know, where there are Leftists there is massive crime. Now the most Leftist city in Texas secured a record high policing budget for the city. Council Member Greg Casar called it an increase in “our public safety investments.”

In other words, it’s getting scary out in the streets. Let’s plan to check in with those crime statistics a year from now. I have a feeling which direction they’ll move in with more police on patrol.

Do your part to make sure that every liberal you know is aware of this reversal. Again, Leftism proves that it stinks on ice.