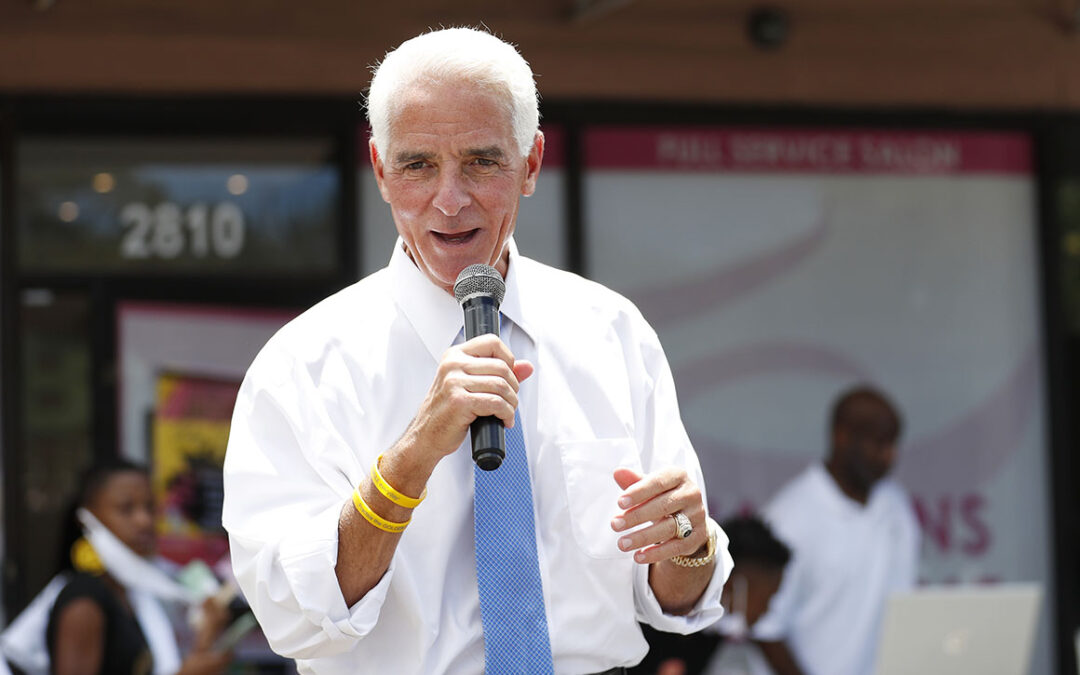 TALLAHASSEE — Rep. Charlie Crist, the former Florida governor who wound up leaving the Republican Party amid the tea party backlash aimed at Barack Obama, became the first prominent Democrat in the state to announce a bid to knock off incumbent Gov. Ron DeSantis.

Crist released a nearly 3-minute long campaign video on Tuesday morning making his entry into the race official. In the video, Crist took swipes at potential 2024 presidential contender DeSantis as someone who is only “focused on his political future” and “doesn’t listen, doesn’t care and unless you write him a campaign check you don’t exist.”

Crist is scheduled to hold a kickoff event later Tuesday in his hometown of St. Petersburg before launching a five-day statewide tour of his “Florida for All” campaign.

This will be Crist’s third bid for governor. After winning his first run in 2006 as the GOP candidate, he chose to run for U.S. Senate in 2010 as an independent only to lose to Marco Rubio. He ran for governor again in 2014 only to narrowly lose to incumbent Rick Scott in 2014.

Crist has blamed animus toward Obama as part of his decision to leave the Republican Party. His opening video includes footage of Obama praising Crist as well as a clip of Crist hugging Obama during a 2009 rally that created a firestorm of controversy for him at the time.

Florida has not elected a Democratic governor since 1994. And Crist’s pathway to the Democratic nomination is far from guaranteed. Agriculture Commissioner Nikki Fried, the lone statewide elected Democrat, has been building an organization and is expected to soon jump into the race. U.S. Rep. Val Demings, the central Florida Democrat who was considered as a running mate to Joe Biden, is also expected to enter the race as well.

The Democratic nominee will have a tough battle against DeSantis, who has become a conservative celebrity for his disdain of the media, his pushing back against Covid-19 restrictions and a legislative agenda that took aim at Big Tech as well as protesters in the wake of the summer’s anti-police brutality demonstrations.

“The only thing about Charlie Crist that hasn’t changed since his last two runs for statewide office is that Florida still can’t trust Charlie,” said Republican Governors Association spokesperson Joanna Rodriguez on Tuesday. “Floridians have rejected Crist as a statewide candidate twice already, and whether it’s in the Democratic primary or the general they’ll do the same again this time.”

The St. Petersburg Democrat was first elected to Congress in 2016 and his decision to run for governor will likely put his congressional district in play as a possible pickup for Republicans next year. Anna Paulina Luna, who won the GOP primary with the backing of Rep. Matt Gaetz and other conservative stalwarts, has already announced she is going to run for the seat again.