For Republican leaders, Liz Cheney is the pain that won’t go away 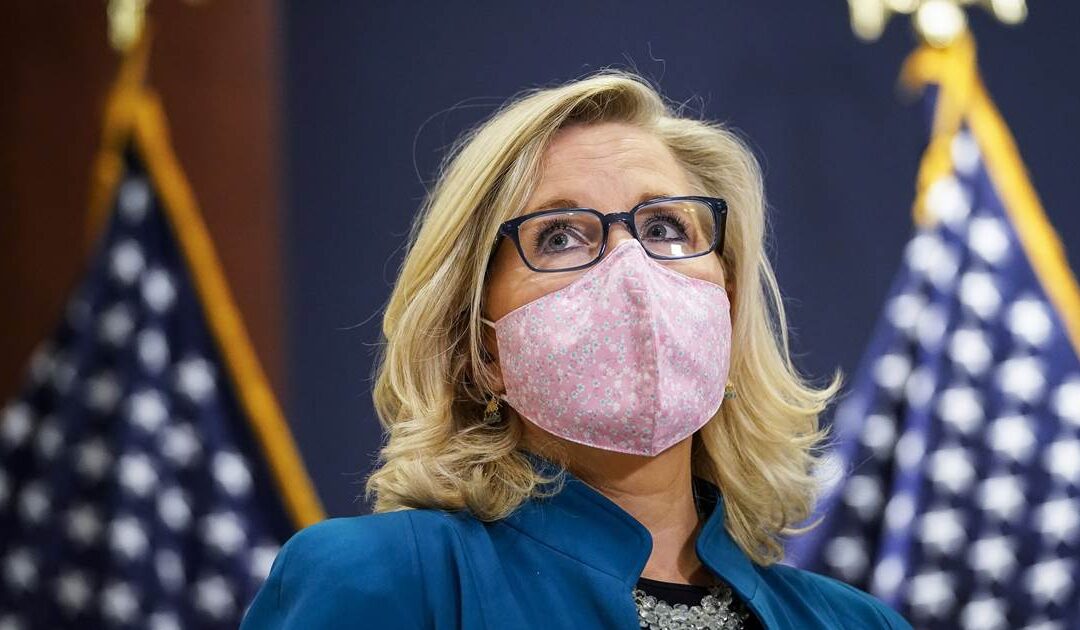 “The 2020 presidential election was not stolen,” Cheney wrote on Twitter. “Anyone who claims it was is spreading THE BIG LIE, turning their back on the rule of law, and poisoning our democratic system.”

The ongoing hostilities between the former president and Cheney, the third-ranking Republican in the House, expose and aggravate the core tension in McCarthy’s effort to lead the GOP back to the majority. For that to happen, many Republicans believe, their party needs to be bigger, more unified and hyper-focused on defeating Democratic policies and candidates.

The latter two aren’t served by a top House GOP official pummeling Trump, who remains popular with many in the party. Most Republican lawmakers would prefer if Cheney aimed her barbs at President Joe Biden, House Speaker Nancy Pelosi, or really anyone who is not a member of the GOP. Instead, Cheney fist-bumped Biden as he entered the House chamber to deliver an address to a joint session of Congress last week.

At the same time, Cheney’s challenges to the former president provide hope for Republican-leaning voters who can’t abide Trump, his role in the Jan. 6 Capitol riot or his efforts to delegitimize his defeat. She also has supporters within the Republican conference who could be alienated if McCarthy helps oust her from the Republican Conference chair’s job.

Therein lies the rub for McCarthy, who assisted Cheney in February when she defeated an attempt by colleagues to strip her of her leadership post. The final count was 145 for Cheney, 61 against.

“He’s got his eyes on that prize,” one former Republican leadership aide said of McCarthy’s aim to win the majority next November. “The only way you’re taking the House back is with a big tent. The party needs people like Liz, and he recognizes that.”

McCarthy refused to say last week whether he thought Cheney was a “good fit” for her post, a dodge that was widely read as a sign of waning support for her.

“That’s a question for the conference,” McCarthy said at a Republican conference retreat in Florida Tuesday. “I think from a perspective, if you’re sitting here at a retreat that’s focused on policy and focused on the future of making American next century, and you’re talking about something else, you’re not being productive.”

McCarthy already has found that getting crosswise with Trump is bad for his standing within the party. After attributing some of the blame for the Capitol riot to Trump in January, McCarthy scampered down to Florida to make amends with the former president.

He simply doesn’t have many good options right now.

Over the longer run, Cheney’s House seat could be in jeopardy, as Trump has promised to back one of her primary challengers. But she has found her positioning to be lucrative. She raised a personal-best $1.5 million in the first quarter of 2021, a haul that included donations from political action committees associated with Koch Industries, Sen. Mitt Romney, R-Utah, and a host of name-brand corporations.

Cheney’s primary isn’t until August of next year, leaving McCarthy in the crossfire for what amounts to several political eternities. It is unlikely that he would be able to broker a détente between Trump and Cheney, who both appear to be comfortable with escalation.

The instant conventional wisdom in political circles holds that Cheney will have to lose her spot, because she’s not in line with her colleagues or their constituents. Even some of her allies say that.

“If a prerequisite for leading our conference is continuing to lie to our voters, then Liz is not the best fit,” Rep. Anthony Gonzalez, R-Ohio, told The Hill newspaper Friday. “Liz is going to say what she believes. She’s going to stand on principle. And if that’s going to be distracting for folks, she’s not the best fit. I wish that weren’t the case.”

But a second effort to depose Cheney could tear the Republican conference apart again — and keep its focus inward — while failing to deprive her of a platform. As the daughter of a former vice president and as an active tormentor of Trump, she would be no less interesting to the public were she to be sacked. That is, any attempt to strike her down might only make her more powerful.

Whether or not she remains in leadership, Cheney is likely to be a pain in McCarthy’s neck for a long time to come.

← Trump’s Facebook account should never be reinstated because we know what he’d use it for ← We All Saw the Waste of the Afghan War. What Madness Kept Us There for 20 Years? – POLITICO