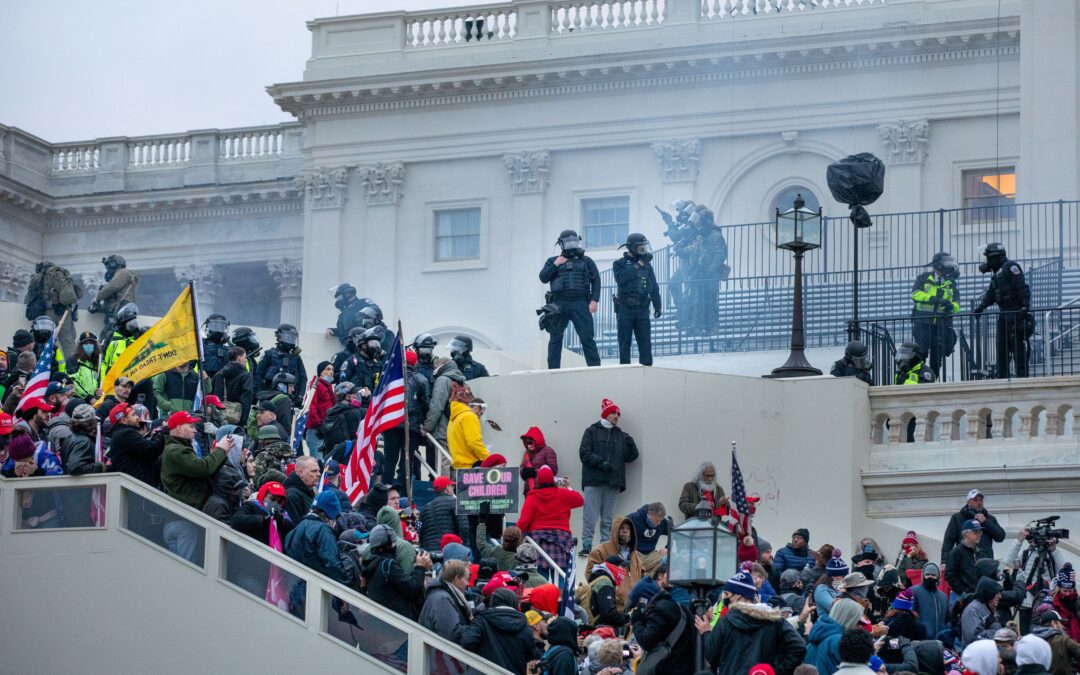 Kern’s own name is also on the ballots he was auditing. He ran for reelection last year and placed last in the three-way race, losing his seat. He was also listed as a presidential elector for Donald Trump, according to the Republic.

More than 40 Democrats in the Arizona state Legislature called on the Justice Department to investigate Kern after the Capitol siege. His “own social media posts strongly suggest” that Kern was “present at the riot in Washington, D.C., on Jan. 6, and actively encouraged the mob, both before and during the attack on the Capitol,” the letter said.

The CEO of Cyber Ninjas, the Florida-based firm that Arizona’s Republican Senate has hired to manage the audit process, told reporters last week that workers were screened to ensure “there was nothing on their social media or other details that showed strong opinions one way or another.”

Ejected reporter Ryan Randazzo tweeted that he was initially allowed at the recount location at the Veterans Memorial Coliseum an hour late. He witnessed a confusing shuffling of boxes stuffed with ballots that were examined with no obvious organization.

“He tweeted out a tweet that included a picture of a ballot. We are being extremely cautious based on the judge’s decision. He doesn’t want ballot images made public,” Ken Bennett, a former GOP secretary of state who has been serving as the Republican state Senate’s liaison for the controversial process, told the Arizona Republic.

The audit findings will have no effect on President Joe Biden’s victory in the state by a 0.3-point margin, which has long been officially certified. But claims of new votes for Trump could undermine faith in a legitimate election and lead to further unrest.