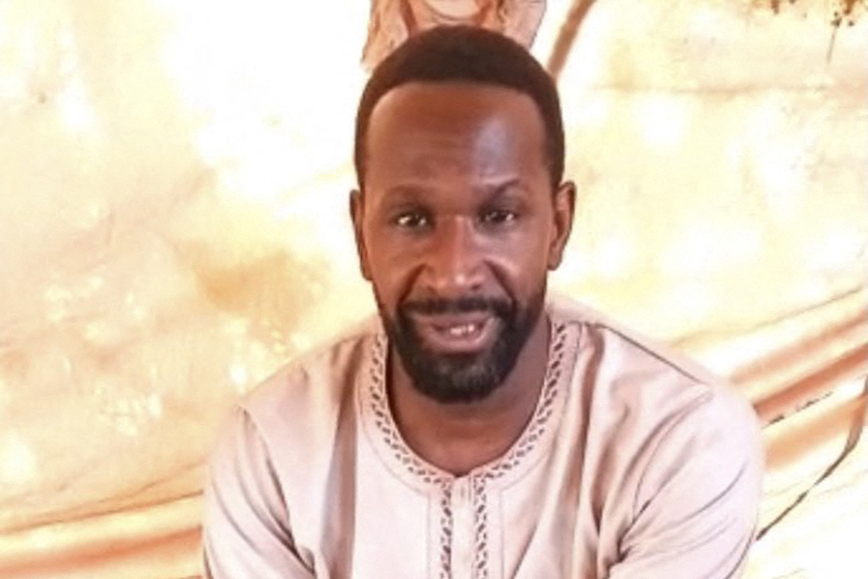 A French journalist kidnapped by rebels in Mali’s northern city of Gao last month has appeared in a video appealing to French authorities to do everything they can to free him.

“I’m Olivier Dubois. I’m French. I’m a journalist. I was kidnapped in Gao on April 8 by the JNIM (an al-Qaeda-linked group). I’m speaking to my family, my friends and the French authorities for them to do everything in their power to free me,” Dubois said in a 21-second video shared on social media.

Reuters was not immediately able to confirm the clip’s authenticity.

A French Foreign Ministry source confirmed the disappearance of the journalist and said the ministry was in contact with his family and carrying out technical checks on the authenticity of the video.

Dubois is the first French national to be taken hostage by rebels in Mali since French aid worker Sophie Petronin was freed in October last year. She had been abducted near Gao in late 2016.

Scores of rebel fighters were released in a prisoner swap deal that liberated Petronin, a senior Malian politician and two Italians.

France has repeatedly denied paying ransoms directly for hostages in the past.

The head of Reporters Without Borders said on Twitter that the media freedom organisation had been aware of Dubois’s disappearance two days after he did not return to his hotel in Gao after lunch.

“In consultation with the news organisations that employed him, we decided not to announce that he had been taken hostage so as not to hinder a rapid possible outcome,” Deloire said.

“We are asking Malian and French authorities to do everything possible to obtain his release.”

Mali has been in turmoil since a 2012 uprising prompted mutinous soldiers to overthrow the president. The power vacuum that resulted ultimately led to an insurgency and a French-led campaign that ousted the rebel fighters from the cities they controlled in northern Mali in 2013.

But fighters remain active and groups affiliated with al-Qaeda and the ISIL have moved from the arid north to more populated central Mali since 2015, attacking targets and stoking animosity and violence between ethnic groups in the region.