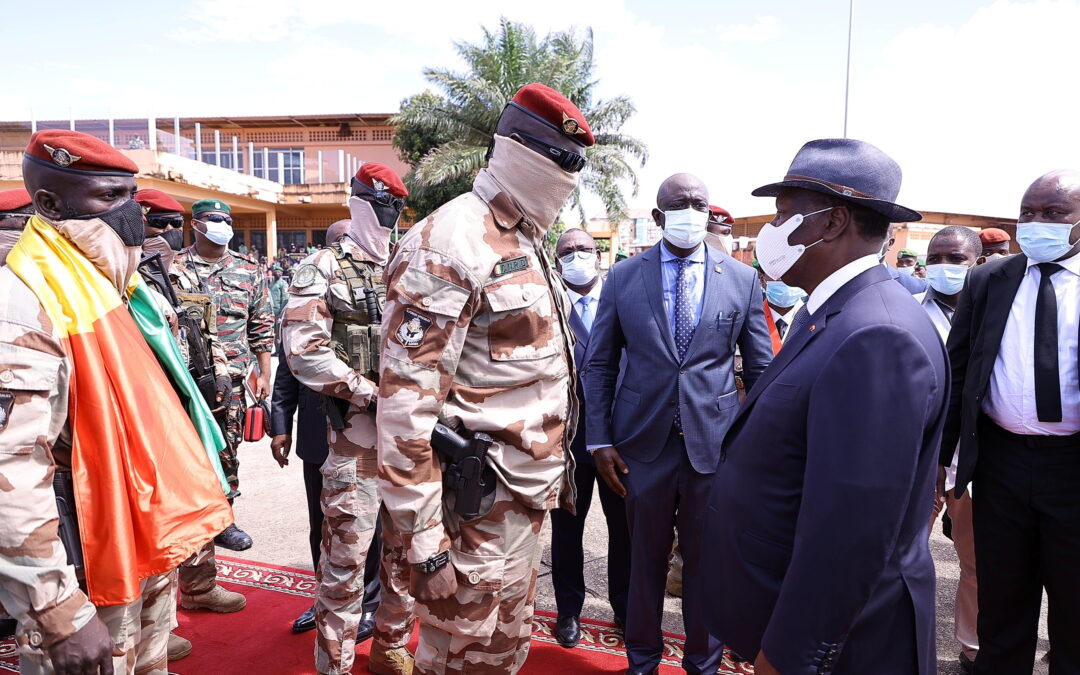 The statement on Friday came after the West African regional bloc known as ECOWAS met Colonel Mamady Doumbouya in Conakry.

“We will not yield to any pressure,” military leaders said following the conclusion of the talks. “Conde is and will remain in Guinea.”

The chairman of ECOWAS, Ghana’s President Nana Akufo-Addo, and the president of Ivory Coast, Alassane Ouattara, met Doumbouya, the coup leader and head of a special forces unit in the military, and visited Conde, who has been detained since being toppled on September 5 after more than 10 years in power.

Akufo-Addo said the delegation had “a very frank, fraternal discussion” with Doumbouya and his associates.

“I think that ECOWAS and Guinea are going to do well together,” he said, adding that they had also been able to hold a fruitful meeting with Conde.

The bloc agreed on targeted sanctions on Thursday after Guinea’s military leaders failed to meet its demands. ECOWAS has called for Conde’s immediate release and for a swift transition of power, with elections held within six months.

Soldiers behind the coup say they are holding consultations with various public figures, groups and business leaders in the country to map a framework for the transition. They claim to have overthrown Conde because of concerns about poverty and corruption, and because he was serving a third term only after altering the constitution to permit it.

The adopted sanctions include the freezing of the financial assets and the imposition of travel bans on Guinea’s military leaders and their relatives.

West and Central Africa has seen four coups since last year. The political upheaval has intensified concerns about a backslide towards military rule in a resource-rich but poverty-stricken region.