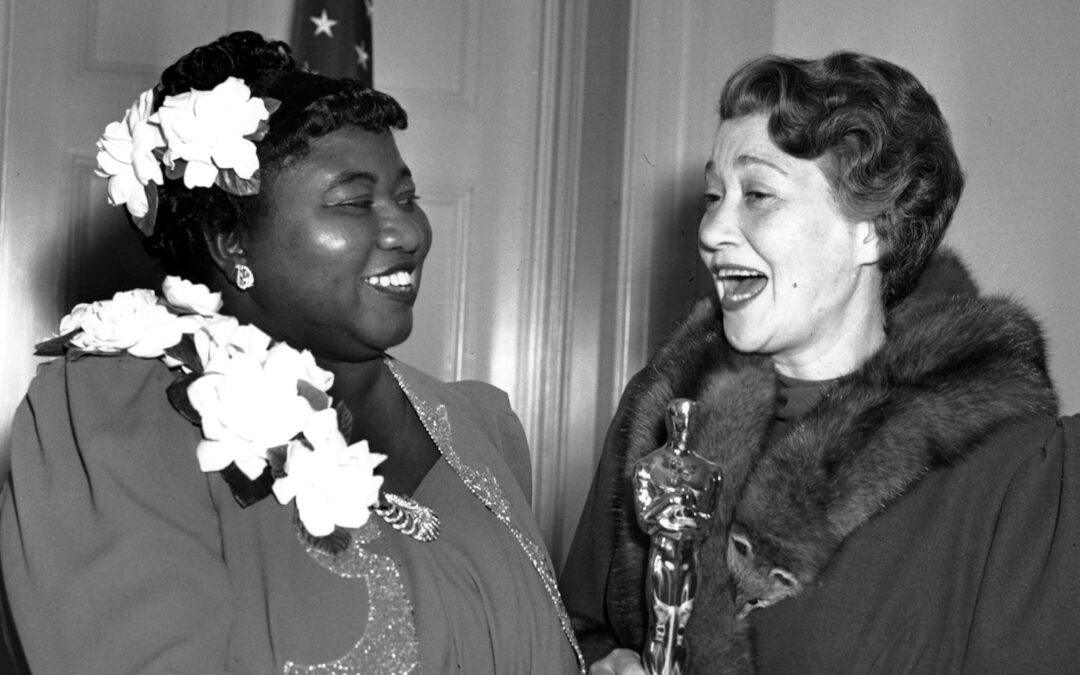 On the evening of Feb. 29, 1940, actress Hattie McDaniel, with white gardenias in her hair, swept into the Ambassador Hotel’s Cocoanut Grove nightclub in Los Angeles for the Academy Awards banquet. That night, she would become the first African American ever to win an Oscar for her role as an enslaved maid in the blockbuster movie “Gone With the Wind.”

But the hotel didn’t allow the 44-year-old McDaniel to sit at the same table as the film’s White cast members. And her historic award for best supporting actress didn’t open doors to better movie roles for Black actors, including McDaniel herself. Instead of winning wider success because of her Oscar, she said later, “it was if I had done something wrong.”

McDaniel’s rise from poverty to an Academy Award is a story right out of the movies. She grew up in Colorado as the youngest of 13 children. Both her parents had been enslaved; her father was a Baptist minister. She performed in Black minstrel shows before moving to Los Angeles, where she eventually built a movie career in comedies as a sassy maid.

In 1939, a huge opportunity arose. Producer David O. Selznick bought the rights to Martha Mitchell’s best-selling book “Gone With the Wind,” about the Old South before and after the Civil War. The heavyset McDaniel, who worked as a maid between acting jobs, won the part of the family maid Mammy at the Tara plantation.

Earl Morris of the Pittsburgh Courier, a Black newspaper, predicted that “Gone With the Wind” would be even more racist than the movie “The Birth of a Nation.” Selznick studio officials responded to Morris, telling him that the n-word had been deleted from the movie’s script and agreeing to exclude the book’s references to the Ku Klux Klan.

The film premiered in racially segregated Atlanta on Dec. 15, 1939. An estimated 300,000 people lined the street to see the movie’s stars in a parade. Guests at the Loews Grand Theater included elderly Confederate War veterans. Also performing was a choir of African American children, including 10-year-old Martin Luther King Jr.

When the nearly four-hour movie ended, Atlanta Mayor William Hartsfield spoke. “His voice shook as he called upon the members of the cast and thanked them,” the New York Times reported. “He asked the audience to applaud the Negro members of the cast, none of whom was present.” McDaniel had declined to attend because she couldn’t sit in the theater or stay at the same hotels as White cast members.

The Chicago Defender, a Black newspaper, called the movie a “weapon of terror against Black America.” Most newspapers gave the film rave reviews, and many singled out McDaniel for praise. “No one who sees the picture can ever forget her,” the Atlanta Constitution reviewer wrote. “In fact, she stole the show quite frequently.”

In early 1940, McDaniel was nominated for an Oscar. She attended the awards ceremony as a special guest of Selznick because the Ambassador Hotel didn’t typically allow African Americans. She and her escort, Black actor Ferdinand Yober, and her White agent sat at a small table at the back of the ballroom, behind a long table for the movie’s White cast members.

The ceremony, like current ones, dragged into the night. Columnist Harold Heffernan described what happened next: “It was 12:50 a.m.— nearly five hours after the starting bell — before the twelfth annual Academy Awards dinner managed to whip up a flicker of excitement. Then — with only a pair of statues to best supporting actor and actress left — the drooping dinner came to life.”

Actress Fay Bainter announced the award for best supporting actress. “Spectators stifled their yawns and leaned forward expectantly — then gasped. … For Miss Bainter had called for Hattie McDaniel” to receive the award, the columnist wrote. “There was silence for several moments, and then the tumult got under way. … The crowd was tendering an ovation never paralleled in Academy history.”

Hollywood columnist Louella Parsons hailed McDaniel’s award as a breakthrough showing “race or color must not interfere where credit is due.” Columnist Jimmie Fidler took a different view: “And where does this Negro artist go from here? Why back to playing incidental comedy maids, of course. I don’t think it will be easy for me to laugh at Hattie’s comedy in the future.”

Fidler was right. McDaniel continued to be offered roles mainly as maids and cooks. The NAACP’s executive director, Walter White, singled her out in criticizing Black actors playing subservient and stereotypical parts. McDaniel responded, “I would rather make $700 a week playing a maid than $7 being one.”

The actress faced racism even in death. She had asked to be buried in Hollywood Cemetery, but the cemetery was closed to African Americans. In October 1952, 3,000 people attended McDaniel’s funeral in Los Angeles. “After the funeral services, 125 limousines formed a procession to Rosedale Cemetery, where she was buried,” the New York Times reported.