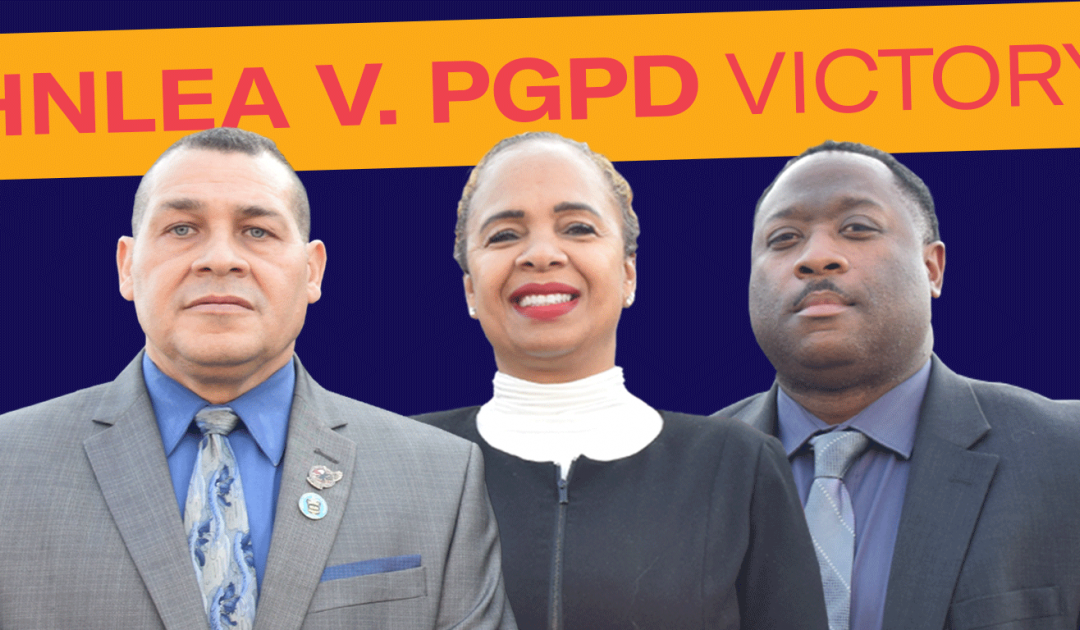 “People lost their jobs, some were demoted, some were driven out, and community members were killed,” said Joe Perez, Retired Captain from the Prince George’s Police Department and President of the Hispanic National Law Enforcement Association. “It is my hope that our personal sacrifices will lead to positive change both for the officers and for the communities they serve, so that everyone can be treated with dignity and respect.”

It is not an easy feat to challenge racist work place practices and change a whole work culture. But that is exactly what Black and Latinx officers were determined to do:  Blow the whistle on racism inside and outside the Prince George’s Police Department.

“We were committed to stand together for change,” said Lieutenant Sonya Zollicoffer, Vice President of the United Black Police Officers Association. “As a team, we stood in truth and transparency. As Black and Brown police officers, we dared to be different and go against the grain to stand for equality and justice even if it was only just-US.”

In July, the officers and police department announced they had reached a sweeping a settlement in their case. One of the most important things that the lawsuit achieved was changing the leadership of the PGPD so that the culture of this police department could radically be changed starting from the very top. That was key in even making the settlement possible. The community also played a collaborative role in supporting the officers creating pressure on the County to do the right thing. The officers and community suffered much abuse.

This abuse included serious violations like commanders within the PGPD posting racial epithets on their social media accounts and using racist or derogatory language to describe Black or Brown officers and community members. When Black and Latinx officers tried to file complaints about white officers engaged in racist, discriminatory, or unethical conduct, their concerns were not taken seriously and they instead faced retaliation. Lieutenant Sonya Zollicoffer also was inappropriately touched, had to hear sexual innuendos, was threatened, and asked if she ever had sexual relations with a white man before.

The settlement creates significant policy changes to end biased policing, imposes significant discipline for racist acts committed by police against other officers or community members, and puts policies in place to stop discrimination and retaliation against Black and Latinx officers who challenge police abuse.

Specifically, the Black and Latinx officers won these changes in their settlement:

We join with the Black and Latinx officers in hoping that these policy changes will positively change the culture of PGPD policing and protect against some of the serious abuse officers inflict on Black and Brown community members.

“This is an important step, but the work is not over,” said Lieutenant Thomas Boone, President of the United Black Police Officers Association. “We have reached a place where things can be reset, and we will see if we can work better together with the County and the police department going forward. It is important to not just fight our individual fights, but to work together for what’s right and create movement for real change.”

These Black and Latinx officers were brave enough to blow the whistle on racism and accomplished a great victory that led to significant policy changes within their department. We are incredibly proud to support them and we will advocate alongside them to hold the PGPD department accountable to these changes. 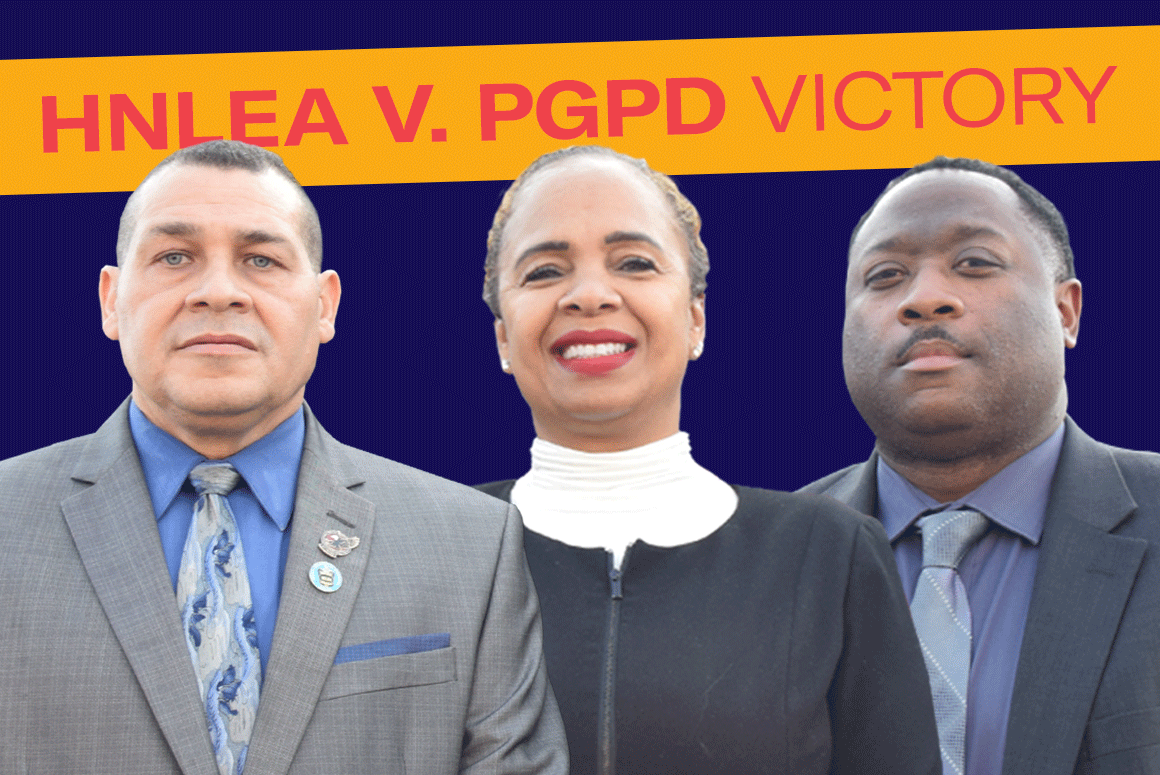 Show PDF in viewer on page

“People lost their jobs, some were demoted, some were driven out, and community members were killed.”