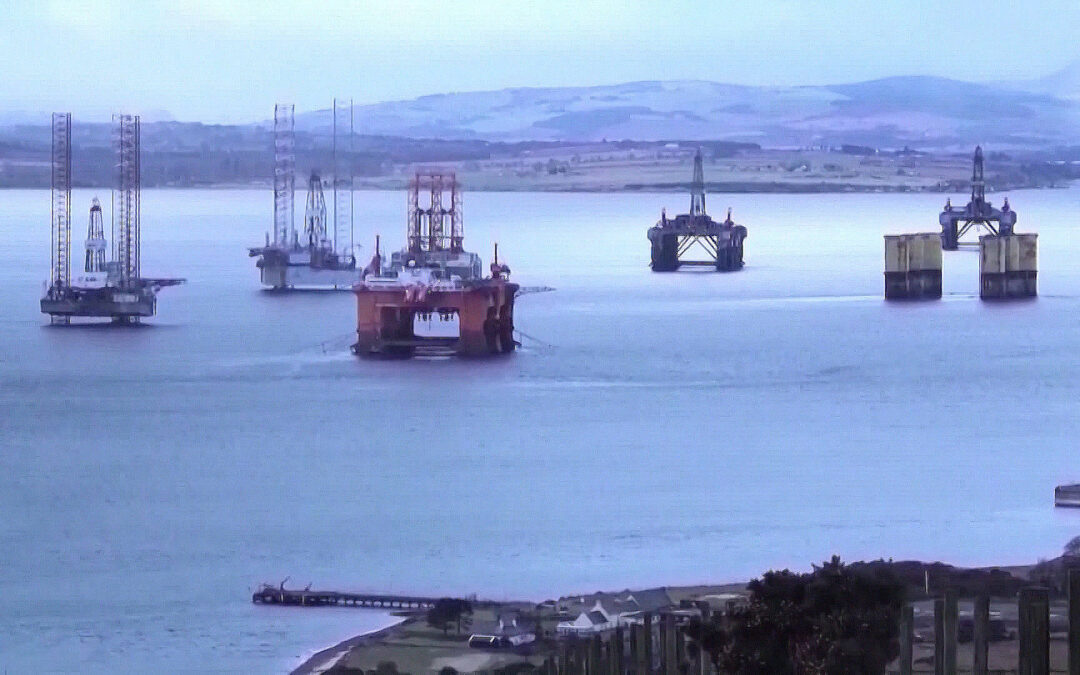 AMY GOODMAN: I want to bring in another resident of the area, also who evacuated to Pensacola, Florida, as you did, Monique Verdin. I want to bring in Antonia Juhasz. As Hurricane Ida slammed ashore Sunday as a Category 4 storm off the southeast coast of Louisiana, with two-thirds of the state’s industrial sites in its path, including oil refineries, storage tanks and other infrastructure, like oil platforms in the Gulf of Mexico, this is — this Louisiana Department of Environmental Quality says it has asked more than 1,500 oil refineries, chemical plants and other industrial facilities in the area to self-report leaks or spills, after about 95% of oil and gas production in the Gulf Coast region.

For more, I want to bring into this conversation the longtime oil and energy investigative journalist Antonia Juhasz, who tweeted Sunday, “Hurricane Ida cutting through Louisiana’s offshore oil & gas corridor, into Port Fourchon, and on into Cancer Alley, Baton Rouge & New Orleans: areas congested with fossil fuel & petrochemical infrastructure: refineries, storage tanks, petrochemical manufacturing, pipelines, etc. … It has always struck me as the most painful of ironies that the industry contributing the most profoundly to the climate crisis has also located its operations in the heart of the region consistently overrun with global warming’s worsening storms.” Those, the words of Antonia Juhasz, who lives in New Orleans but just evacuated to Pensacola, as well as Monique Verdin.

Welcome back to Democracy Now!, Antonia. Talk about just that fact, that horrific contrast of the energy and gas facilities that are producing the climate change that intensifies the hurricane in the path of that storm, and what it means for the population.

ANTONIA JUHASZ: And this has been, obviously, a consistent problem, a worsening, consistent problem, with every hurricane, every worsening hurricane, and storm system that’s come through the Gulf of Mexico, is that the oil and gas industry is concentrated here in Louisiana and Texas. And Ida is barreling through, as you read from my tweet, first the offshore infrastructure. And let’s recall, in Katrina, we saw about 9 million barrels of oil released from the pipelines. So you have the offshore rigs, and then there is a mesh of pipelines that carry that product to shore. And those pipelines burst during — or, were split during Katrina, releasing oil. You had a platform that unmoored during Katrina. So you’ve got the offshore infrastructure, then the infrastructure that carries it to shore.

Then, onshore, you have tanks that hold the product. You have refineries that convert it. You have petrochemical plants. You have LNG export terminals and facilities. All of that is concentrated in this area. And particularly, you know, this storm moving through first the coastal region, which is already so hard hit, as Monique explained, from coastal erosion — the coastal erosion is the result of the building of canals to facilitate the movement of the oil and gas, construction of the infrastructure and the movement of the pipes to shore. Those canals created an opening that saltwater comes in, and then it eats up the shore, essentially making it so that communities that have lived — Indigenous communities that have lived on the coastal region forever, homes are rapidly disappearing. When you add to that the spills — so, oil, when it spills — and we saw this intensely with the BP Deepwater Horizon disaster — the oil eats the marsh. It eats the shore, literally. And so, then, the oil itself is literally, when it spills, eating away at the shore.

Then you move in through Cancer Alley, this intense concentration of petrochemical and fossil fuel facilities, primarily in a Black, low-income region, from New Orleans to Baton Rouge — New Orleans and Baton Rouge, also massive refinery, massive petrochemical storage facility operations in both cities. And as you said at the top, there is no power in New Orleans. None. There is — already the refineries have been announcing flaring, and I’ve already seen photos of flaring. That’s what we’re able to see with our eyes. What we know, in these storms, that happens, that we get the data after, is the chemical releases that go into the air, the chemical releases that go into the water, the spills. Those storage facilities, massive storage facilities that hold the chemicals, the oil, liquefied natural gas, those tanks have a very strong tendency to squash and break in storms. And this storm has the highest winds of any storm and a stronger wind system than Katrina.

You know, just the — and what we don’t know right now. So, you know, as Monique was saying, we have not been able to get complete reporting from anywhere in this region right now. And the only information we have, other than what people can see, which is the flaring, is the reporting from the companies themselves. And that has been limited, and it’s not — you know, generally, we only get the truth about what’s happened with spills and releases, under normal conditions, at refineries and petrochemical facilities from lawsuits, when nongovernmental organizations, citizens’ groups sue to get the full information.

AMY GOODMAN: Can you talk about the scientific connection between what we’re seeing and climate change, the hurricane?

ANTONIA JUHASZ: Yeah. So, the IPCC report, finally, you know, had enough — the most recent report — to be able to say, with scientific certainty, looking at all of the data that’s now been collected between global warming and storms — to be able to say, with certainty, that global warming is worsening the climate crisis, which is directly linked to factors that are intensifying storm systems. So, the burning of fossil fuels is responsible for 80% of the emissions that cause global warming and lead to the climate crisis, and that that warming is making storms increase in frequency, increase in intensity, and makes them more likely and worse. It makes them stay in place longer. That’s one of the things we’re seeing right now with Ida. It’s moving really slowly. It’s really strong, which means it’s just hitting and sitting. And it has great intensity, that I said, and that we — that the IPCC was able to say now with its — the first sort of — greatest certainty that it had so far, that worsening storms, frequency of storms is a direct result of climate change, global warming.

And so, this storm system hitting — another massive storm system hitting this region — and, you know, there’s been plenty that have already been hitting; Katrina was by far the last one — is getting pummeled by the fossil fuels that are also concentrated in this region. And they, in turn, are getting pummeled by the storms that they’ve created, which releases more chemicals and toxins on the very same communities that have to deal with the impacts of this infrastructure, day in and day out, and the impacts of a worsening climate crisis, day in and day out, now also have to deal with that worsening climate crisis creating a storm that harms these facilities, that then causes more releases.

But the companies also know that the storms are worsening, of course, that their facilities are threatened. And they have still not put in place — I mean, first, let’s say, when you’re going to have a massive hurricane come in, you really shouldn’t have fossil fuel infrastructure in its path. There’s only so much you can do to prepare for it. But there are things that they’ve known that they can do much better that they still haven’t put in place, even knowing of the consequences to local communities, to their workers, to safety, of these intensifying storms, which they themselves are causing.