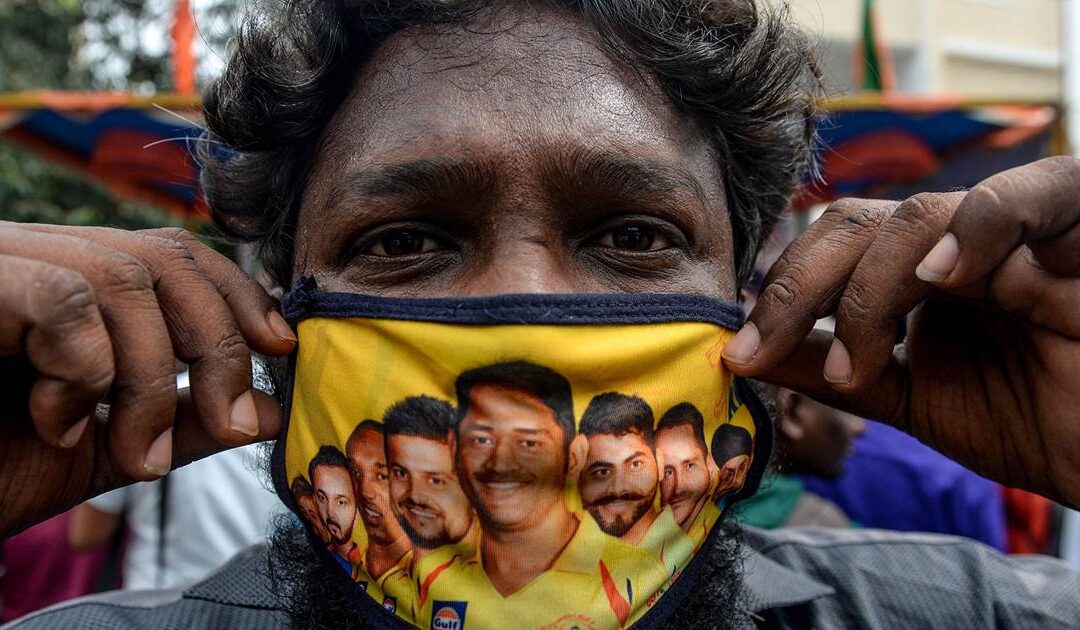 SATARA — India halted its most popular sports tournament on Tuesday and the country’s opposition chief called for a nationwide lockdown as the number of coronavirus infections climbed past 20 million, a dismal milestone crossed only by the United States.

Cricket officials suspended the money-spinning Indian Premier League, after the country added 10 million cases in just over four months, versus the more than 10 months taken for the first 10 million.

“These are difficult times, especially in India, and while we have tried to bring in some positivity and cheer, it is imperative that the tournament is now suspended and everyone goes back to their families and loved ones in these trying times,” the league said in a statement.

“The only way to stop the spread of corona now is a full lockdown…GOI’s inaction is killing many innocent people,” Gandhi, a Congress member of parliament, said on Twitter, referring to the government.

U.S. to restrict travel from India as Covid cases surge

Prime Minister Narendra Modi’s government is reluctant to impose a national lockdown for fear of the economic fallout, but several states have imposed social curbs.

The impoverished eastern state of Bihar ordered a lockdown until May 15 to curb the virus, Chief Minister Nitish Kumar said on Twitter. With more than 100,000 infections, its death toll is nearing 3,000, government figures show.

The cricket-obsessed nation’s halt to the cricket tournament was a result of the virus crisis, its chairman, Brijesh Patel, told Reuters. The tournament, with an estimated brand value of $6.8 billion, was being played without spectators to a huge television audience this year but has been severely criticized for continuing at a time when the country’s healthcare system is on the brink of a collapse.

The surge of the highly infectious Indian variant has swamped the health system and depleted supplies of life-saving oxygen, while sufferers have died in ambulances and carparks outside hospitals.

Rows of funeral pyres set up in parks and other open spaces are being used to cremate the overflow of corpses.

Modi has been criticized for not moving sooner to limit the latest wave of infections and for letting millions of largely unmasked people attend religious festivals and crowded political rallies during March and April.

But a glimmer of hope surfaced in comments on Monday by a health ministry official who said infections in some regions were plateauing.

Government modelling points to a peak by Wednesday, a few days earlier than a previous estimate, since the virus has spread faster than expected.

India’s surge has coincided with a dramatic drop in vaccinations, hit by problems with supplies and delivery.

At least three states, including Maharashtra, the richest and home to the commercial capital of Mumbai, reported scarcity of vaccines, shutting down some vaccination centers.

In Modi’s adjoining home state of Gujarat, the three largest cities of Ahmedabad, Surat and Vadodara limited vaccines to those aged between 18 and 44, officials said.

The numbers eligible to receive the vaccines have doubled to an estimated 800 million since May 1. Just 9.5 percent of the population of 1.35 billion has received a dose.

India has invited Pfizer, Johnson & Johnson and Moderna Inc to sell it vaccines but none have applied yet.

Pfizer has told India there was no concern over the safety of its product, as authorities insist on small local trials for foreign vaccines despite a record surge in infections and shortage of doses.

Among international aid supplies that flowed in on Tuesday were 545 oxygen concentrators from the United States, in its fifth consignment of medical equipment.