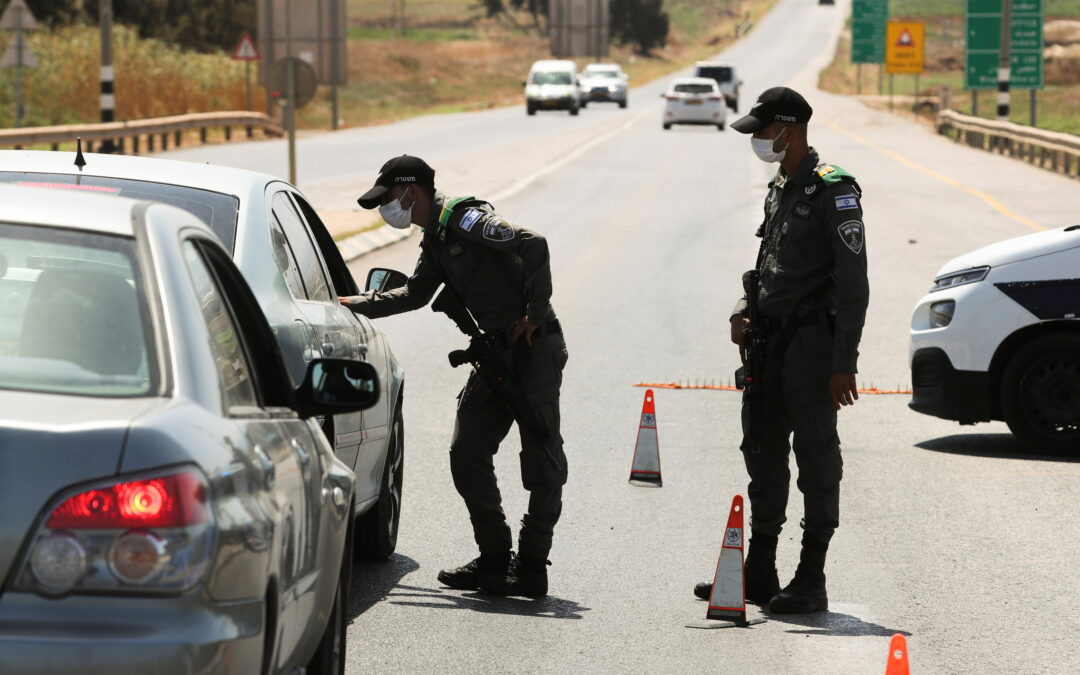 Israeli police on Saturday said they arrested four of the six Palestinians who broke out of a maximum-security prison this week.

The arrests moved Israel closer to closing an embarrassing episode that exposed deep flaws in its prison system and turned the fugitive prisoners into Palestinian heroes.

Two people captured were identified as Zakaria Zubeidi and Mahmoud al-Arida. Both were reportedly found at a truck garage in northern Israel. Israeli authorities were quoted by news reports as saying that Zubeidi tried to resist arrest.

Early on Saturday, police said they caught the two men in the Arab town of Umm al-Ghanam. Zubeidi was a leader during the second Palestinian uprising in the early 2000s.

While he has been linked to attacks on Israelis, he also was well known for giving frequent media interviews and for a friendship he once had with an Israeli woman. Zubeidi over the years received amnesty and taken college courses and was active in a West Bank theatre movement before he was re-arrested in 2019 on suspicions of involvement in attacks.

Photos released by police showed Zubeidi, handcuffed and wearing a white head band, being led away by two police officers.

According to Israeli media reports, local residents in both towns had turned in the prisoners.

In a statement, police said that Israeli forces, including the military, have been working “around the clock” to catch the fugitives.

“All of the forces were deployed at full strength, searched in open areas, collected every piece of information until they succeeded in solving the puzzle to locate these two fugitivies,” including Zubeidi, police said. The search for the final two prisoners was continuing.

On Friday, authorities said they caught the first two of six Palestinian escapees. In a statement, a police spokeswoman said the two were captured on Mount Precipice, a Christian holy site near Nazareth.

Police did not provide their identities. Video on social media showed Israeli officers putting two men into the back of separate police vehicles.

Israel launched a massive manhunt for the six prisoners who made a daring jailbreak on Monday from the high-security Gilboa prison through a tunnel dug beneath a sink in a cell.

Earlier on Friday, Palestinians across the occupied West Bank and occupied East Jerusalem took to the streets in solidarity with Palestinian prisoners and protested against their punishment.

“The prisoners in Palestinian jails are longing for freedom. They want to live their lives. They are not ordinary criminals, but patriots fighting for freedom,” Muhammad Khabeisa told Al Jazeera.

“The Israelis have put Palestinians in prison with the occupation of their land. When the Palestinians take up arms, the world calls us terrorists and when we lay down our arms and resist peacefully, the Israelis kill us,” he added.

“And even when we don’t protest peacefully, they take our land. What can we do?”

Al Jazeera’s Harry Fawcett, reporting from West Jerusalem, said one of the captured men had been in prison since 1996 and was seen as the ringleader of the escape.

Five of the six men who escaped on Monday belong to the Islamic Jihad group, while one is a senior member of Fatah’s armed wing.

The six inmates have either been convicted or are suspected of planning or carrying out deadly attacks against Israelis.

Israel has promised to capture all of the men, and officials say they will investigate any lapses that allowed their escape.

Fawcett said there have been protests in the occupied West Bank and the besieged Gaza Strip “because there has been a widespread crackdown throughout the Israeli prison network, particularly targeting Palestinian Islamic Jihad members, who have been moved in their hundreds between prisons.

“Israel says [it needs] to break up power structures in the wake of this unprecedented escape that took place,” Fawcett added.

“The Palestinian Authority and Palestinian advocacy groups say this is actually a form of collective punishment and reprisal for what took place on Monday. The fate of Palestinian prisoners, especially high-level security prisoners, is one which has a great sensitivity within Palestinian society across the political spectrum.”

The facility the men escaped from, about 4km (two miles) from the boundary with the West Bank, is one of the highest security jails in Israel.