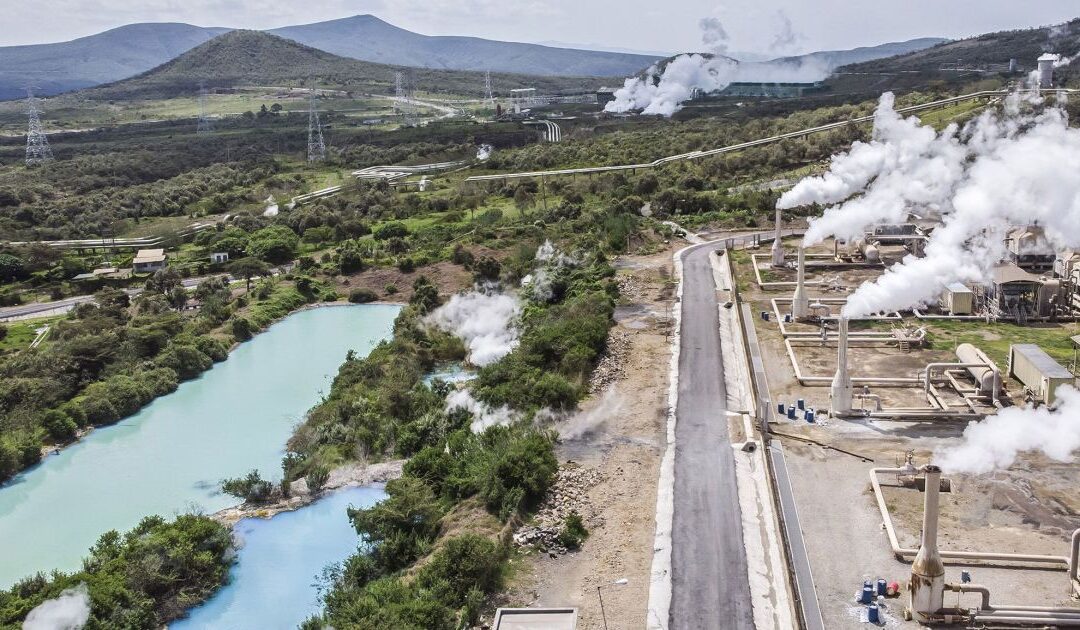 Kenya plans to retire or convert heavy fuel oil-fired power plants to use liquefied natural gas by 2030 as the nation pursues a cleaner energy path to a 100% climate-friendly grid.

State-owned Kenya Electricity Generating Co., or KenGen, is conducting a feasibility study on reconfiguring the thermal power plants that currently account for about 7% of the grid load, said Isaac Kiva, renewable energy secretary at the Energy Ministry. The move is part of the East African nation’s target to reach net-zero carbon emissions by 2050.

“We won’t be using heavy fuel oil anymore,” Kiva said in an interview. “The idea is that those thermal power plants (with contracts) going beyond 2030 will be converted to use LNG.”

The plan seeks to consolidate Kenya’s position as a leader in clean energy, with 90% of its grid already renewable, and is in line with President Uhuru Kenyatta’s push for investment in a sector that’s based on expensive technology. Africa has suffered the brunt of climate change, despite producing less than 5% of the world’s green house gases – and efforts to cope are constrained by inadequate funding.

As the continent’s geothermal leader, Kenya produces more than 40% of the electricity on its national network from the underground steam. Hydropower contributes a quarter of the power on the grid, while wind sources account for almost 22% and solar 1.3%, according to a September report by the Energy and Petroleum Regulatory Authority, or EPRA.

The remaining thermal plants, converted to use LNG, will be tapped when demand peaks and to provide the so-called voltage support, said Joseph Oketch, a director in charge of electricity at EPRA.

Some thermal plants were designed to use heavy fuel oil and LNG, making it easy to switch, according to Kiva. Kenya expects to get gas from Tanzania once a planned pipeline is built.

In the meantime, the government is ramping up production from renewable sources and is on course to add to the grid at least 300 megawatts of clean power by the end of December, according to the energy regulator. KenGen plans to add more than 730 megawatts of geothermal power or double the electricity it produces from underground steam, probably by the end of 2026.

A Globeleq-backed 40-megawatt solar plant in Malindi, about 104 kilometers (65 miles) north of the port city of Mombasa, may be connected to homes and factories in December, according to EPRA Director-General Daniel Kiptoo.

While Kenya targets net-zero emissions in under three decades, it faces a test from emerging concerns over the risk of energy-price spikes due to the over-reliance on renewables, as seen in parts of Europe. The government is yet to publicly say if it will completely drop a planned 1,000-megawatt coal-power plant, whose future may depend on the outcome of a legal battle on environmental concerns.

Still, Kenya is optimistic that an energy mix dominated by geothermal, which isn’t vulnerable to weather changes, will provide a sustainable supply of electricity, according to Kiva.

Kenya has over the past decade become “a renewables-dependent country, with hydro and geothermal taking on a majority share,” said Liz Hypes, a senior analyst at risk intelligence company Verisk Maplecroft. “The question of over-dependence is almost a moot point now.”