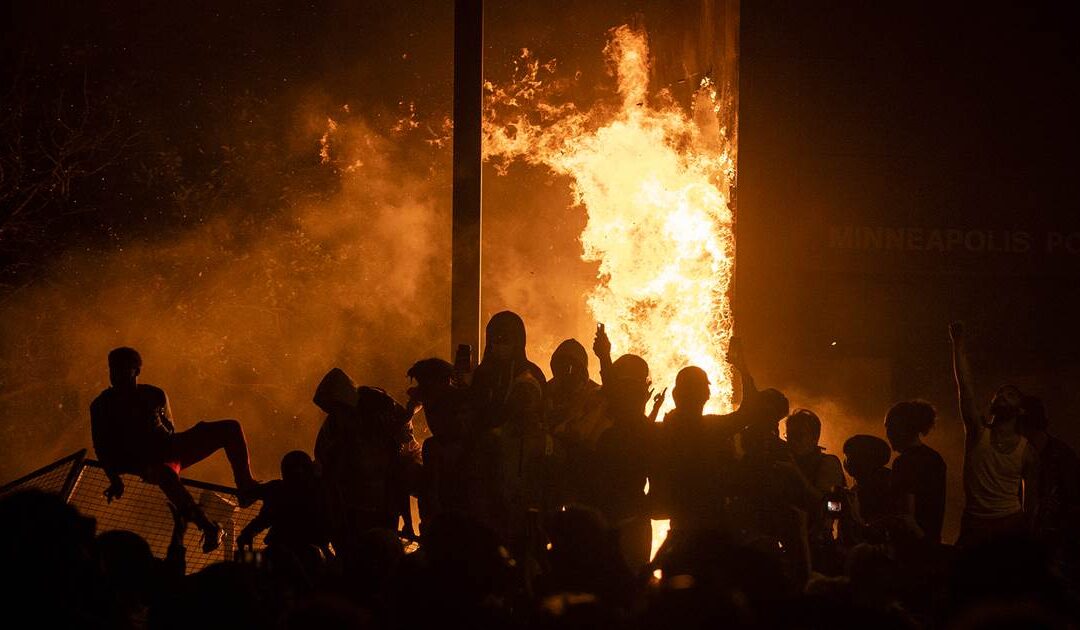 A man who pushed a barrel into a fire at a Minneapolis police precinct during protests and unrest after the death of George Floyd has been sentenced to more than three years in prison.

Four people were charged in the May 28 arson at the Third Precinct, and all have pleaded guilty to one count of conspiracy to commit arson.

Last week, Dylan Shakespeare Robinson, 23, of Brainerd, was sentenced to four years and ordered to pay $12 million in restitution. Sentencing is pending for two others.

The fire at the precinct occurred days after Floyd’s murder by a white Minneapolis police officer, Derek Chauvin, who kneeled on Floyd’s neck while he was on the ground and handcuffed. Chauvin was convicted of murder and manslaughter last month.

Hundreds of people were outside the precinct during the protest. Someone else set the fire, but Wolfe pushed a barrel into itt and stole equipment including a police vest, riot helmet, radio and baton.

Wolfe was sentenced Tuesday to three years and five months in prison. He pleaded guilty in December.

An emailed request for comment from a federal defender who represented him was not immediately returned Wednesday night.

That attorney, Douglas Olson, asked for restitution of $12,000, writing that Wolfe pushed a barrel into a pile of debris outside the precinct and did not start any fires.

“Accordingly, the losses ‘proximately caused’ by the defendant was minimal, as should be the losses attributed to him for restitution purposes,” Olson wrote.

He also argued in court papers ahead of sentencing that Wolfe suffered from untreated bipolar disorder, which resulted in increasingly manic behavior, was under the effects of marijuana and alcohol, and e made a split-second decision to push the barrel.