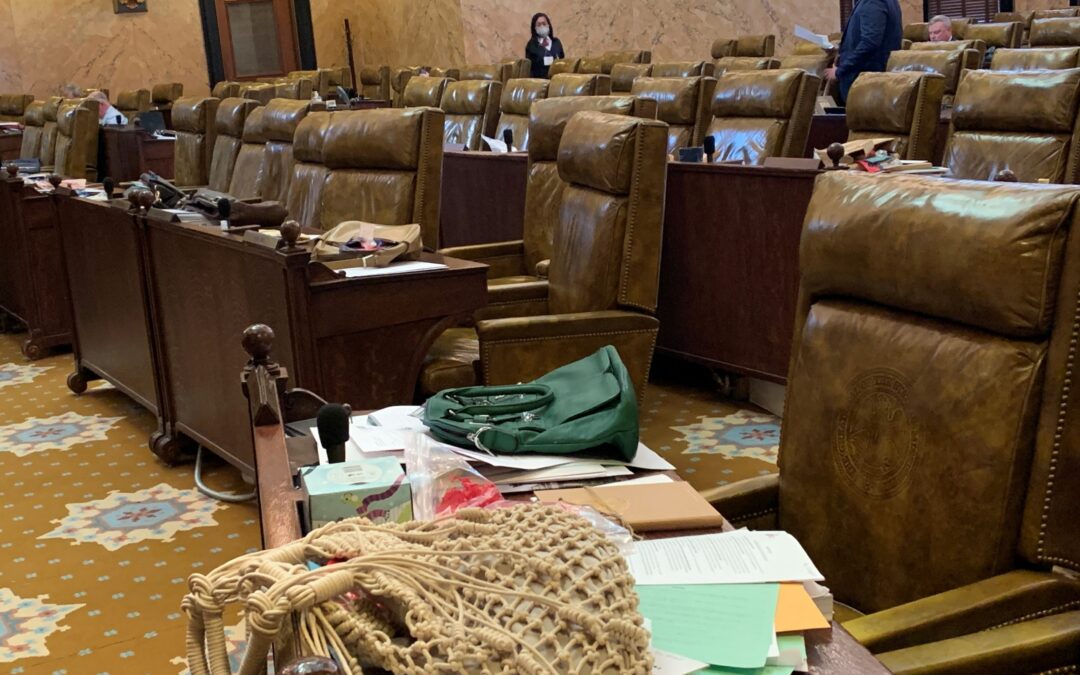 If Gov. Tate Reeves signs House Bill 770, Mississippi will no longer be the only state without an equal pay law on the books.

“This is a very historic day for the House, and for the state of Mississippi,” said House Judiciary A Chairwoman Angela Cockerham, I-Magnolia, lead author of the bill. “This has been a journey … over years … I think we have a very comprehensive, substantive bill.”

But some advocates of equal pay for women say the measure Mississippi lawmakers just passed is worse than not having a law and they’ll urge Reeves to veto it.

Attorney General Lynn Fitch, who has for years championed an equal pay for women law, praised its passage Wednesday after years of such measures dying, often without a vote, in a male-dominated Legislature. She said, “We will take a giant leap forward in closing the twenty-seven percent pay gap – a pay gap that makes it harder for working women and their families …”

Federal law already provides equal pay rights, but taking an employer to task in federal court is a more difficult, and often more costly task for aggrieved employees than going to state court.

One women’s advocacy group said it will urge women to continue using federal law and courts if Reeves signs HB 770 into law.

“This bill actually codifies discrimination against women for being caregivers, working mothers,” said Cassandra Welchlin, director of the Mississippi Black Women’s Roundtable. “If a woman takes off for being pregnant or caring for a child it punishes her, would allow her to be paid less, without supportive policies of maternity leave, breastfeeding, care giving.

“This will by far be the worst law in the country,” Welchlin said. “We plan on sending the governor letters urging him to veto the bill.”

As lawmakers haggled out differences between House and Senate equal pay measures this session, Welchlin’s group and others pointed out what they said were glaring flaws in the proposals. Most of those remained in the final compromise bill passed Wednesday. These include:

House and Senate negotiators did remove one part of the bill equal pay advocates had criticized — requirements of “pleading with particularity” — a high burden of proof for employees.

“We believe we have a good, fair bill,” Boyd said. “We worked very hard with a number of women’s groups, the business community, and had open, public conference committee meetings. I believe this is a good step in the right direction.”

Wiggins, presenting the bill to the Senate for a final vote, fielded questions about fears of “frivolous” lawsuits and other issues. “This is an extremely business friendly bill, and also will put women in Mississippi on the same level as every other state in this country … Just creating a state cause of action, that’s all it’s doing, like if you have a slip-and-fall, you’re allowed to have a civil action.”

Fitch in her statement Wednesday called the measure “a critical first step” for the Legislature.

“I am grateful for the leadership of Mississippi’s Legislature in demonstrating that Mississippi values the contributions of women in our workforce, in our communities, and in our work to advance our great State to its best tomorrow,” Fitch said. “I am grateful to Representative Cockerham, Senator Wiggins, Senator Boyd, and all the legislators who supported this effort and helped prepare this bill for the Governor’s signature.”

Recent studies show women make up 51.5% of the population in Mississippi and nearly half of its workforce. They are the primary breadwinners for a majority — 53.5% — of families in this state, which is the highest rate in the nation.

But women working full time in Mississippi earn 27% less than men, far greater than the 19% gap nationwide. That gap grows worse for Black and Latina women in Mississippi, who are paid just 56 cents and 54 cents, respectively, for every dollar paid to white men.

Women make up nearly 60% of those in Mississippi’s workforce living below the poverty line. The state has continually ranked worst or near-worst in most every ranking for working women.

Women make up 16% of the 174-member state Legislature.