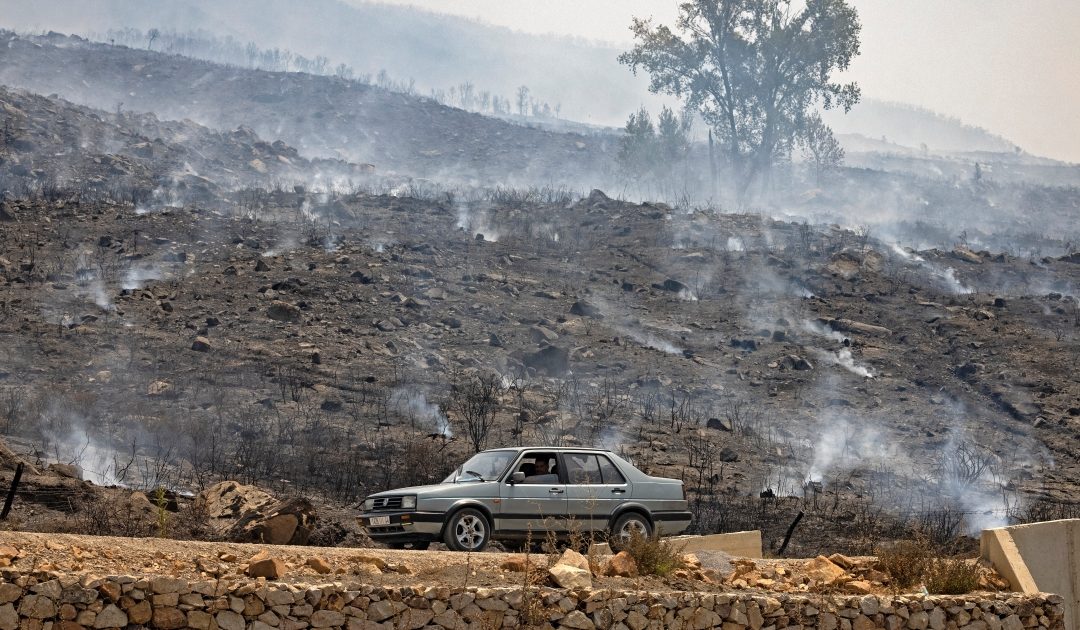 Morocco is increasingly feeling the effects of climate change but unlike other nations, it long ago accepted the challenge and developed an array of tactics to counteract the punishing impact.

The result is role-model status, not only in the Middle East and North Africa region, but globally, analysts say.

Climate change in Morocco is expected to have a significant impact. The main effects will be felt in the agricultural system and fisheries, which employ half of the population and account for 14 percent of gross domestic product (GDP).

Also, with 60 percent of the population and most of the industry on the coast, sea-level rise is a significant threat to major economic forces.

“The kingdom’s economy is heavily reliant on agriculture, fisheries, and tourism – all sectors which are impacted by climate change,” Yasmina Abouzzohour, postdoctoral research fellow at the Harvard Middle East Initiative, told Al Jazeera.

“Positioning itself as a leader in tackling climate change boosts the kingdom’s image internationally.”

As a result, Rabat has turned the crisis into an opportunity and has become one of the pioneers in climate policy, not only in the region but globally. Ambitious plans were years ago put into action to secure Morocco’s future.

The government implemented several national strategies to enhance water management, bolster the use of non-conventional water resources and modernise irrigation systems. It has also invested heavily in constructing dams to move water from northern to arid southern regions.

A major effort was adopted to regenerate forests, including to repopulate more than 130,000 hectares (320,000 acres), Abouzzohour said.

By 2030, Morocco plans to generate 52 percent of its electricity from renewable energy – 20 percent from solar energy, 20 percent wind, and 12 percent hydropower.

The North African nation has lifted all subsidies for diesel, gasoline and heating oil, and is making efforts to focus on sustainable aquifer and ocean practices.

“According to available data, Morocco could reach its target of generating 52 percent of its energy from renewable energy by 2024, meaning six years before the original target deadline,” Abouzzohour said.

Morocco is the only Arab state that the Climate Action Tracker rated to meet the warming target of 1.5°C.

The UN climate change summit in Glasgow, COP26, started on October 31 with two weeks of intense diplomatic negotiations on the agenda, with officials from nearly 200 nations present to discuss how to counter global warming.

The global climate emergency is very real and action needs to be imminently tackled, scientists say.

“The latest IPCC report shows that recent changes in the climate are widespread, rapid and intensifying, and that their magnitude and scale are unprecedented in thousands of years. It reaffirms with high confidence that there is a near-linear relationship between cumulative anthropogenic CO2 emissions and the global warming they cause,” said Driouech.

The international community has been adapting to the challenge slowly but steadily, albeit still not sufficiently, Driouech noted.

Although all world regions are affected by climate change, the challenge for the Middle East and North Africa (MENA) region is particularly significant.

“The MENA region is projected to experience more hot conditions than present day, and the changes would be more intense under the high emission scenarios than low ones,” said Driouech.

“Agricultural and ecological droughts are projected to increase in the MENA region, as well as in the entire Mediterranean and other parts of Europe.”

The immediate result of this is enormous human migratory movement in the direction of the higher-lying areas as the Earth’s population grows.

This can have far-reaching consequences, especially in regions that are already politically unstable, analysts say.