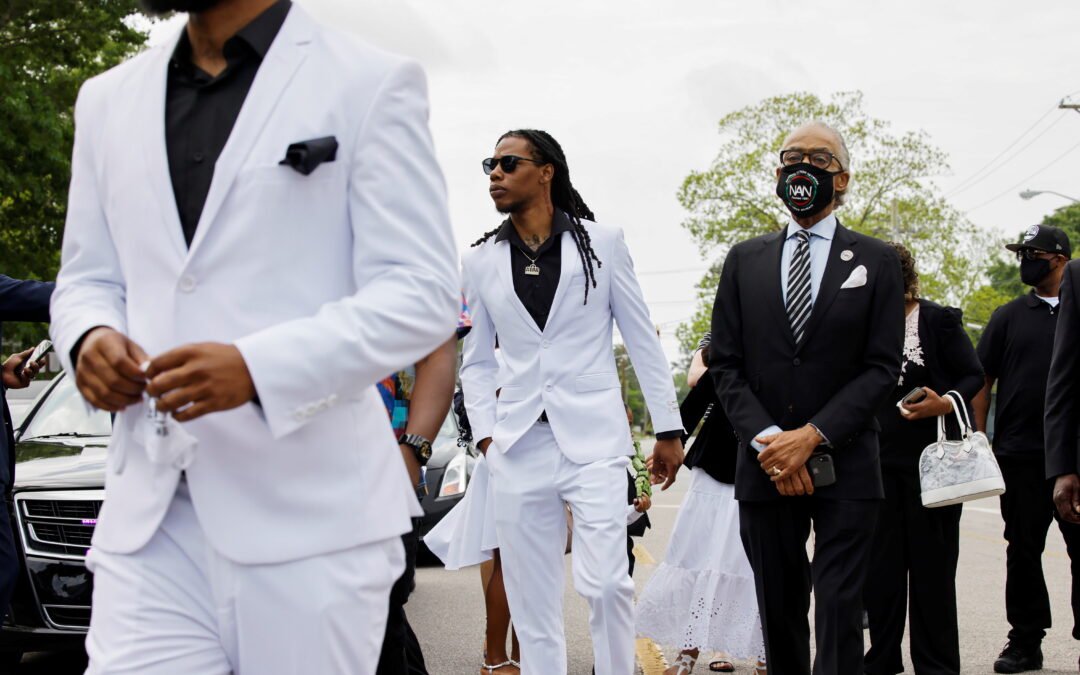 Mourners gathered on Monday for the funeral of Andrew Brown Jr, a Black man shot dead by law enforcement agencies in North Carolina, to celebrate his legacy and reflect on his life amid ongoing protests against police brutality.

The invite-only service began at noon (16:00 GMT) at the Fountain of Life Church in Elizabeth City. People slowly came into the church as a band played soft music, which then turned to upbeat Gospel, before settling back into a mournful tone.

The funeral follows public viewings. Local media reported hundreds attended Brown’s viewing on Sunday. Elizabeth City saw another day of protests on Sunday which were yet to cease since Brown was killed on April 21.

The Reverend Al Sharpton said during the eulogy: “We are going to celebrate [Brown]. But we are not going to excuse the fact that we shouldn’t have to be here to do this. So don’t confuse the celebration with the determination to get justice in this matter.”

Civil rights lawyer Ben Crump, who is representing Brown’s family, told mourners “we are here to make this plea for justice, because Andrew was killed unjustifiably, as many Black men in America have been shot in the back shot going away from the police.”

Brown, 42, was shot dead on April 21 by deputies attempting to serve drug-related search and arrest warrants, sparking days of protests in the city in rural northeastern North Carolina.

An independent autopsy commissioned by his family found he was shot five times, including once in the back of the head.

That shot was characterised as a “kill shot” during an “execution” by Crump and other lawyers representing the family.

Other speakers included Brown’s son, Khalil Ferebee, and others from his family.

Sharpton repeatedly called for authorities to “release the tape” during the eulogy.

Details remain murky. North Carolina law requires a court order for the release of body camera footage, but a judge ruled last Wednesday it would not be immediately released.

His death came during an ongoing national reckoning with police violence and racism in the US.

Brown’s family asked Sharpton to deliver the eulogy because they felt the civil rights leader would properly honour his legacy.

Sharpton recently delivered the eulogy for Daunte Wright, who was shot dead by a police officer in Brooklyn Center, Minnesota.

Former Minneapolis Police officer Derek Chauvin was convicted of unintentional murder and manslaughter in Floyd’s death on April 20, the day before Brown’s death. The conviction has given hope to people pushing for police reforms.

Floyd’s family is expected to attend Brown’s funeral, along with the family of Eric Garner, whose 2014 death while in a prohibited chokehold in police custody helped coin the slogan “I Can’t Breathe”.

Sharpton told The Associated Press news agency that he wants to celebrate Brown’s life and help call attention to larger problems with policing that need to be addressed.

“I would want to get across that this is a human being. And for us, it’s part of a continual abuse of police power,” he said.