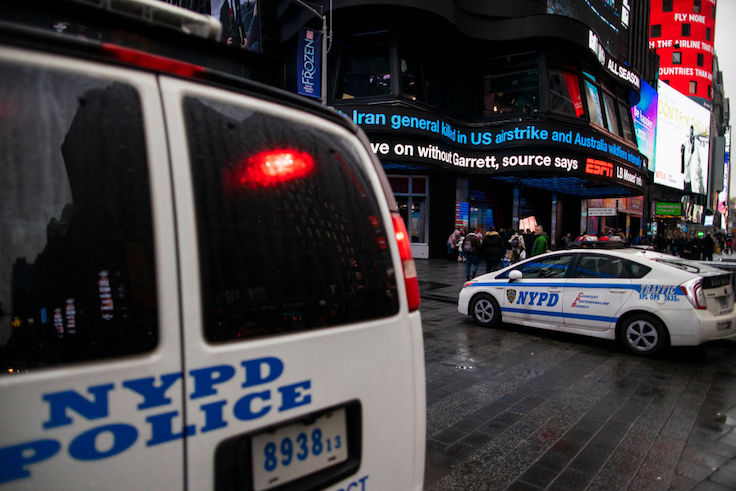 A New York labor leader produced a video in which he compares a black police officer to a Klansman and calls workers who want to change unions “sneaky conniving son of a bitches.”

Local 983 first vice president Marvin Robbins in June sent the video to the union’s private Facebook group. His remarks were directed at New York Police Department traffic enforcement officer Edward Seabron, who is attempting to separate from the American Federation of State, County, and Municipal Employees-affiliated union. Seabron is suing Local 983 over the video, in which Robbins appears to threaten Seabron and union members who work with him.

“Gloves off. You wanna play dirty? We’re gonna play dirty. You sneaky conniving son of a bitches, it’s on. We gon’ play this game, we gon’ play it together,” Robbins said in the video.

The Facebook group post by Robbins included a photo of Seabron’s face photoshopped on to a Klansman.

“This is an extreme example of the bigger picture of how union officials are responding to Janus,” Susanj told the Washington Free Beacon. “Union officials have responded with protectionism. They want to keep the members’ money and the power that comes with it.”

Seabron has grown frustrated with Local 983 bargaining efforts since he joined the NYPD in 2000. He opted out of paid dues in May but says the union waited months to stop taking the money out of his paycheck. Earlier this year, he began gathering signatures from union members to switch representation to the Independent Law Enforcement Benevolent Association.

Union members must vote to decertify their representation before they choose a new union. Local 983 is the exclusive representative of Seabron’s NYPD unit.

Robbins in the video slams Seabron for his organizing efforts and demands that Local 983 members report such activity directly to him. Robbins repeatedly slams the Independent Law Enforcement Benevolent Association as “independent losers” and alleges they are racist against African Americans.

Susanj says the video is a clear example of intimidation tactics from union bosses.

“The Las Vegas Raiders wouldn’t accept this sort of behavior from their head coach,” Susanj told the Free Beacon. “I’m not sure why AFSCME leadership is allowed to get away with it.”

Neither the union nor Robbins responded to requests for comment.

← Students in GA Protested Against Racism. Only the Black Pupils Were Punished. ← Ex-Minneapolis cop to be resentenced after reversed conviction | Police News | Al Jazeera