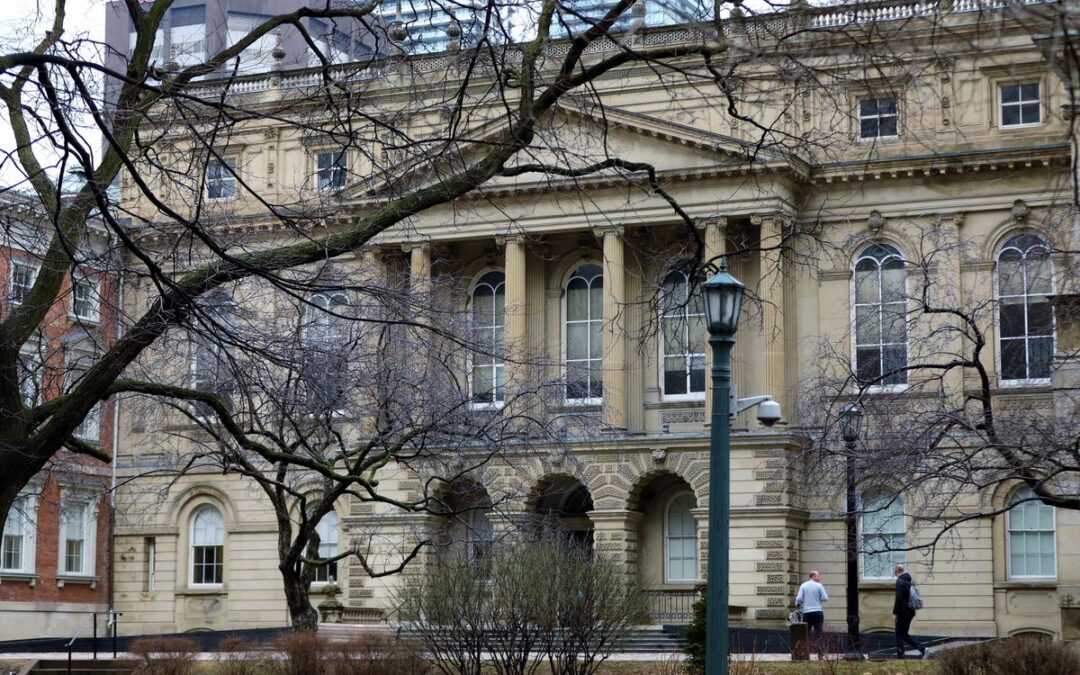 A five-member panel of the Ontario Court of Appeal stressed the importance of free will, rather than race discrimination, when someone commits a crime, in their decision on the case of 22-year-old Torontonian Kevin Morris.

Ontario’s top court has taken a tough line on the sentencing of Black offenders, saying they are not entitled to the unique considerations that apply in the cases of Indigenous offenders.

A five-member panel of the Ontario Court of Appeal – including one Black judge – stressed the importance of free will, rather than race discrimination, when someone commits a crime. They also stressed the need to deter gun crimes and protect Black communities, which they said are disproportionately victimized by serious violent crime.

The unanimous ruling came in the case of Kevin Morris of Toronto, a 22-year-old first offender who had been convicted on four charges, including possession of a loaded weapon. Ontario Superior Court Justice Shaun Nakatsuru, in an impassioned 2018 judgment addressed directly to Mr. Morris, had said disadvantage linked to racism limited his life choices. He sentenced him to one year in jail.

The appeal court doubled that term to two years less a day, and said up to three years would have been appropriate. The Crown had asked for three years. As Mr. Morris had long since served the one year, the court permanently stayed the rest of the sentence.

“We strongly doubt that more lenient sentences for the perpetrators of gun crimes will be seen by the law-abiding members of the [Black] community as a positive step towards social equality,” the judges wrote, in a decision signed “By the Court,” underscoring its weight.

They added that Justice Nakatsuru had put too much emphasis on racism, and not enough on what they described as “free will”: “The trial judge’s reasons overstate the impact of Mr. Morris’s circumstances on his ability to choose whether or not to arm himself with a loaded, concealed handgun.”

The appeal court’s decision was in sharp contrast to a ruling six weeks ago by the Nova Scotia Court of Appeal, which said that an African-Nova Scotian’s moral culpability “has to be assessed in the context of historic factors and systemic racism.” Sentences from judges who do not do that may be altered on appeal, the Nova Scotia court said.

Federal sentencing law says jail is a last resort for all offenders, especially Indigenous ones, and the Supreme Court of Canada has interpreted that to require judges to consider how residential schools and other background factors push an offender toward crime.

The Ontario appeal court said it is not up to judges, in effect, to amend sentencing law by equating Black offenders with Indigenous ones. “The Indigenous offender’s culture and historical relationship with non-Indigenous Canada is truly unique,” it said.

Race discrimination may be a mitigating factor that can be used to reduce sentence, but that is nothing new, the court said.

The court did, however, open the door to greater use of community-based sentences – such as house arrest – in gun crimes. In the Nova Scotia case, the trial judge had given a sentence of two years less a day, to be served at home, to Rakeem Anderson, who had been found with a loaded gun; and the appeal court upheld that sentence. (House arrest can be used when a judge decides the appropriate sentence is less than two years.) The Ontario appeal court, while citing the Anderson sentence approvingly, said it was not appropriate in Mr. Morris’s case, as he was in jail on other charges while being sentenced for the gun offences.

Faisal Mirza, a lawyer who represented Mr. Morris, called the ruling one “to build on” but said the Nova Scotia decision “demonstrated a superior understanding of the historical and current detrimental impact of racism. … I hope in Ontario we will get to the same place one day as well.” He said he is thinking about asking the Supreme Court to hear an appeal.

Nader Hasan, who represented the David Asper Centre for Constitutional Rights, an intervenor, had mixed views, saying he was encouraged by the recognition of racism, but discouraged by its limited usefulness in sentencing. “Anderson shouted it from the rooftops. Morris is a polite after-dinner speech,” he said in an e-mail.

In both the Ontario and Nova Scotia cases, there was evidence the young men carried guns out of fear. Mr. Morris had been stabbed twice; a close friend of Mr. Anderson’s had been shot.

The Ontario appeal court judges included Justice Michael Tulloch, its first (and still only) Black member, who wrote a report for the Ontario government in 2018 on police carding and its discriminatory effects. The other judges included Associate Chief Justice Michal Fairburn, a former Crown attorney believed in the legal community to be a top contender to replace Supreme Court of Canada Justice Michael Moldaver, whose mandatory retirement date is next year, and David Paciocco, a much-cited author of works on criminal law.

Groups from the Black, Muslim, South Asian and Indigenous communities, plus criminal-defence lawyers and civil libertarians, intervened in the case, and the court said some had taken the position that because of societal racism, the judges had lost some of their moral authority to punish Black offenders. The court said it was being asked to allocate responsibility between society at large and the offender. It said neither the Criminal Code nor any previous appeal-court ruling provides a justification for doing so.