Opinion: Ending the subminimum wage for tipped workers would benefit everyone – MarketWatch 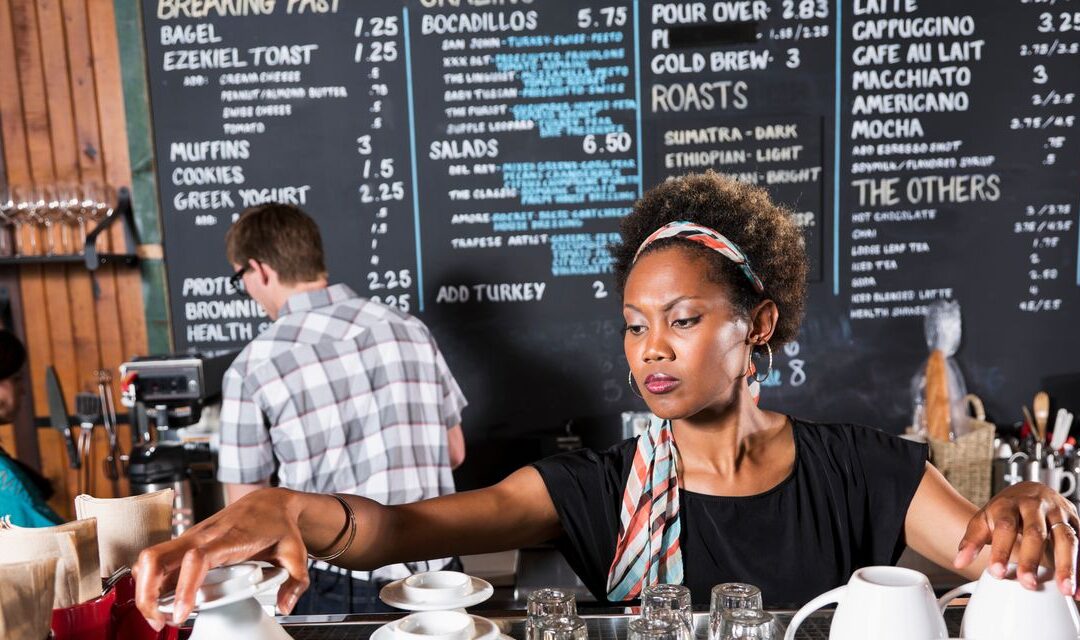 “ “Eliminating the subminimum wage cuts workplace harassment in half.” ”

The subminimum wage limits millions of workers’ ability to contribute fully to the economy, especially at a time when 86% of restaurant workers nationwide report that tips have decreased since the start of the pandemic. All workers, regardless of whether they’re tipped or not, should be paid at least the state minimum wage.

Voters in Maine and DC will decide

Right now, voters in Washington, D.C. and Portland, Maine—where tipped employees can be paid just $5.35 per hour and $6.50 per hour, respectively—are deciding for the second time in recent years whether to end subminimum wages and guarantee tipped workers the same minimum wage as everyone else with tips on top.

In 2016, 55% of voters in Maine approved a statewide referendum to phase out the subminimum wage for tipped workers, but the state government reinstated it the next year after lobbying by the Maine Restaurant Association. Similarly, in 2018, 55% of D.C. voters approved the gradual elimination of subminimum wages, but the City Council quickly overturned that vote after caving to pressure from the corporate restaurant industry.

Opponents of one fair wage, like the National Restaurant Association, often forewarn doom for tipped industries, falsely claiming that reforms like Initiative 82 and Question D would result in layoffs, business closures, and lower tips.

Sales and employment are not reduced

But in the eight states that have already eliminated subminimum wages, both tipped and nontipped workers in tipped industries have higher earnings after tips, lower poverty rates, and equal if not greater employment growth, even for small businesses.

And evidence shows that eliminating subminimum wages does not reduce restaurant sales or tips; consumers still reward good service. Back-of-house workers would see higher earnings too, as tips can only legally be shared with them in restaurants that pay employees the full minimum wage with tips on top.

Business owners who eliminate subminimum wages will find that they have more productive employees and less turnover. This would be a boon to restaurants and bars, which still have more than half a million fewer workers nationwide than in February 2020, with 78% of restaurant workers saying they would stay only if paid a livable wage with tips on top.

Tipped industries have some of the highest turnover rates because of their low pay and poor working conditions, and that high turnover is costly for businesses. Just one employee leaving costs their employer, on average, almost $6,000 in lost productivity and costs associated with recruiting and training new staff, with the average restaurant prepandemic losing about $150,000 each year to turnover costs.

Offering workers higher, more stable wages is a proven way to keep them happy in their roles, focused on performing well, and not looking for other opportunities.

Importantly, businesses do not pay workers the difference between their post-tip earnings and the minimum wage each day but instead average earnings across an entire pay period to determine the amount to top up. Often, those extra tips from busy days subsidize employers for underpaying on the slow days, making wages unpredictable, unsustainable, and particularly vulnerable to factors well beyond workers’ control.

“A stable income floor would be life-changing for tipped workers,” said Ryan O’Leary, a longtime tipped worker and organizer who currently serves as the chairman of the D.C. Committee to Build a Better Restaurant Industry, which advocates for passing Initiative 82.

Businesses often claim they’ll need to raise prices to offset higher labor costs. Yet any necessary changes to prices are minor because labor costs are typically only about one-fifth to one-third of total restaurant expenses, and their impact will be spread across thousands of customer transactions. In fact, employers can offset much of the additional cost through other efficiencies, such as lower turnover, that don’t require them to pass on costs to consumers.

Paying someone the poverty wage of $5.35 or $6.50 per hour and requiring them to make up the rest in tips has consequences beyond just employees’ economic security. Harassment is extremely prevalent in tipped industries, both from customers and co-workers, and has only increased since the start of the pandemic.

With their ability to pay the bills dependent on the whims of patrons’ attitudes and good shift assignments, tipped-industry workers are often forced into silence in the face of demeaning treatment out of economic necessity.

“Studies show that eliminating the subminimum wage cuts workplace harassment in half,” said O’Leary. “This would be a lifeline not only for the workers’ peace of mind, but for businesses’ job retention.”

Tipping and the practice of paying tipped workers less in wages than nontipped workers were first established in the period just after slavery ended, with racism and sexism fully ingrained in the system.

To this day, two-thirds of tipped workers nationwide are women and about half are people of color; in D.C., 75% of tipped workers are people of color. Black women routinely receive less in tips than their white male counterparts, with 22% saying they earn less than the full minimum wage after tips on a daily basis. Ending subminimum wages will both benefit workers’ economic security and help close racial and gender pay gaps in the broader economy as well.

It should come as no surprise then that nine out of 10 restaurant workers in D.C. and nearly eight out of 10 in Maine support eliminating the subminimum wage. Higher, more stable pay will benefit workers and prevent staffing shortages, thus leading to better experiences for customers and workers alike and boosting the local economy.

Thousands of businesses nationwide have already ended subminimum wages for their employees and have found success all around, counter to the disaster-scenario narrative that the National Restaurant Association has pushed. It’s time to do right by tipped-industry workers, businesses, and the local economy and end the subminimum wage once and for all.