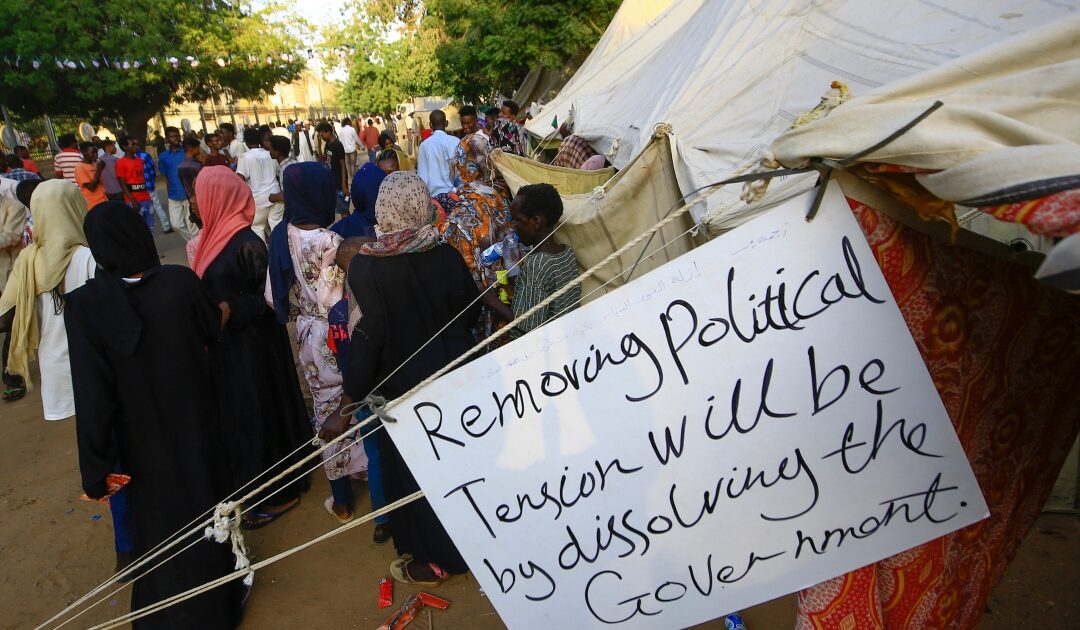 Thousands of protesters have staged a sit-in calling on the military to dissolve Sudan’s transitional government, as the country grapples with the biggest crisis since the end of Omar al-Bashir’s government two years ago.

Military-aligned demonstrators gathered outside the usually off-limits gates of the Presidential Palace in Khartoum on Monday, setting up tents at the intersection of two of the capital’s main arteries.

Demonstrations began on Saturday, but the crowd thinned to hundreds on Sunday. By Monday afternoon, the numbers had returned to about 2,000-3,000, according to the Reuters news agency.

Pro-civilian political parties are planning their own demonstration on Thursday, the anniversary of the 1964 revolution that overthrew the first military regime of Ibrahim Abboud and ushered in a period of parliamentary democracy.

Prime Minister Abdalla Hamdok has warned that Sudan is facing the “worst crisis” of its transition to civilian rule following the removal of longtime ruler al-Bashir more than two years ago.

He described the current political turmoil as between those who believe in a transition towards democracy and civilian leadership and those who do not.

The military has shared power with civilians in Sudan’s transitional authority since months-long mass protests precipitated al-Bashir’s military removal in April 2019 after three decades in power.

Civilian leaders have accused the military of seeking to execute a coup, in a war of words that began after a coup attempt on September 21 by al-Bashir loyalists.

Several civilian politicians and other figures have since suggested the military was responsible, but Hamdok dismissed those claims, saying the military “does not bear the burden” of the coup attempt.

Sudan’s main civilian bloc, the Forces of Freedom and Change (FFC), was dealt a blow earlier this month when several political factions announced the formation of a separate alliance.

Sudan has also been grappling with shortages of basic commodities after anti-government protesters blocked a key Red Sea port.

Sudan’s government warned the country is running out of life-saving medicines, fuel, and wheat stocks because of the closure.