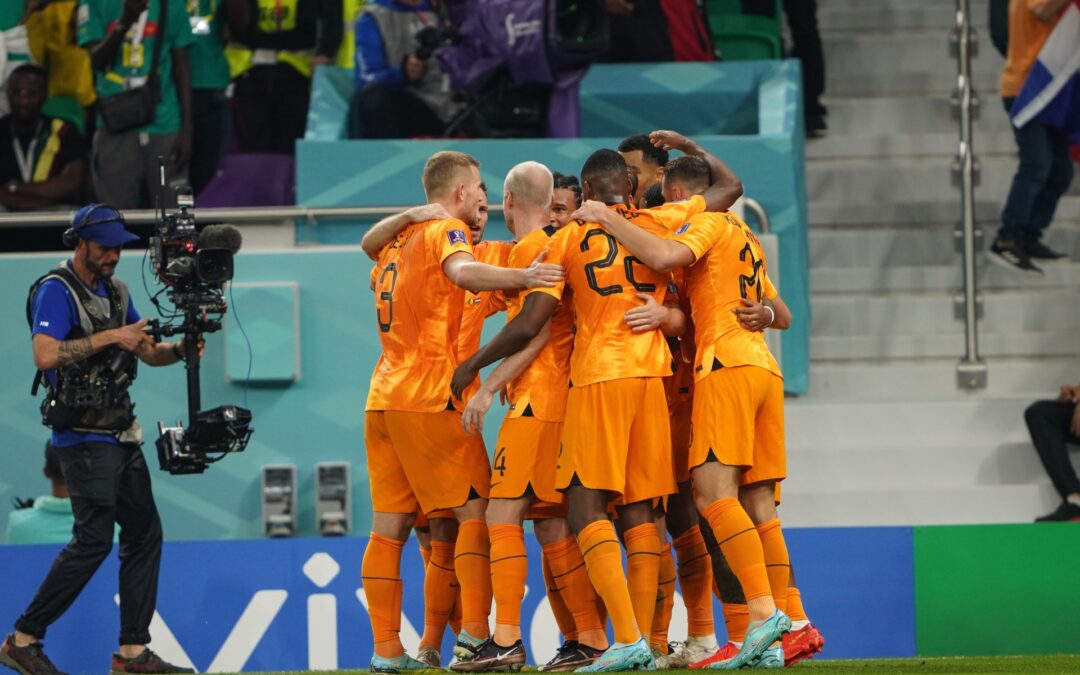 The Netherlands left it late to snatch a 2-0 victory over Senegal in their Group A World Cup match, in a game that was high in industry but largely lacking quality.

Not every game can be a six-goal thriller, but most viewers were probably expecting a few more highlights from a meeting between two top-20-ranked teams at Doha’s Al Thumama Stadium on Sunday.

The Netherlands edged an evenly matched, fluid first half, despite Ismaila Sarr sending in a cracking curling shot for Senegal in the 24th minute that was deflected wide.

But the game slowed in a largely pedestrian second half before a flurry of late chances preceded an 85th-minute goal from Cody Gakpo.

The number 8 did well to get to Barcelona starlet Frenkie de Jong’s enticing cross ahead of Senegal’s keeper, Edouard Mendy, and nod the ball into the net.

Substitute Davy Klaassen added a second in the ninth minute of second-half stoppage time after Mendy failed to gather a shot.

Senegal struggled without the influence of star forward Sadio Mane although Sarr, moved across to the left, shone as he attempted to make up for the absence of their injured talisman.

While the African champions came close on occasions, they met stiff resistance in the shape of Netherlands goalkeeper Andries Noppert, who made a flurry of strong saves in his first game for the national team.

Dutch fans said they were happy with the result but acknowledged the overall performance left a lot to be desired.

“I thought it would be easy but it wasn’t,” Ron Tubee told Al Jazeera at the Al Thumama Stadium.

“It was a match of few clear-cut chances … it was very close and they [Senegal] didn’t deserve to lose. Our first half performance was slow,” Tobben told Al Jazeera.

Big things were expected of the Dutch in this tournament, particularly after their absence from Russia in 2018.

After overcoming their first and possibly most difficult pre-knockout phase test, they are well poised to qualify as winners from a group that also features hosts Qatar and South American side Ecuador.

Captain Virgil Van Dijk said there was plenty of room for improvement as the tournament progresses.

“We won but we also know that we can and must do better,” Van Dijk told Dutch broadcaster NOS.

“Going forward we sometimes tried to force things, and we too often left ourselves exposed to Senegal’s counter-attacks,” he added.

“That is an area in which we will need to improve.”