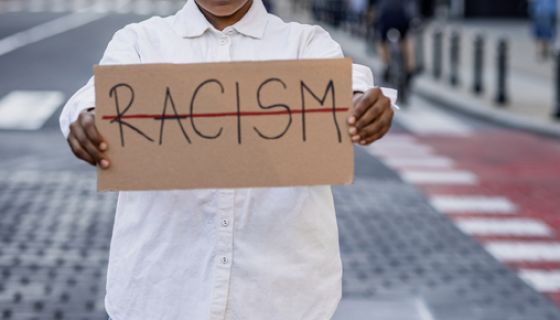 Dealing with racism is a pain that oftentimes is more emotional than physical, yet over time can manifest into real-life ailments that result in all types of health problems.

The environmental disparities in Grand Rapids, Michigan are prime examples of how prejudice is physically harming Black people and other POCs, with the city recently declaring racism a public health crisis in the area.

As reported by MLive, The Grand Rapids City Commission approved a resolution last week that advocates for businesses, local organizations, government units and individuals themselves to use whatever influence they possess to “dismantle racism and apply a public health framework to those efforts.”

Stacy Stout, Grand Rapids Director of Equity and Engagement, is following in the footsteps of similar declarations made by more than 150 cities, counties, state legislatures and other government leaders after presenting accurate data on how racism impacts health.

Here’s a quick breakdown of how the domino effect of racism lines up to the disadvantage of Black and Brown people living in Grand Rapids, via MLive:

“The Grand Rapids resolution declares Black, Indigenous and people of color face economic injustice, social deprivation and health inequities as a result of systemic racism, and outlines the ways in which that has played out in housing and transportation policies in the past 100 years.

The resolution also outlines how some of these practices continue to negatively impact these communities, including the areas of economic security, educational attainment, access to nutritious food and more.”

By lacking the aforementioned necessities for modern survival, the real-life results for the unfortunate bunch can include heart disease, high blood pressure, depression and, yes, even death.

As Stout put it in her letter to commissioners, “Naming racism as a public health crisis also supports our journey to combat racism, in all its forms, and the negative impact it has on both our BIPOC and white community,” further adding, “a resolution can contribute to the movement and serve as a launch pad for additional action.”

Can you attest to the racial climate in Grand Rapids, Michigan? Let us know your thoughts!