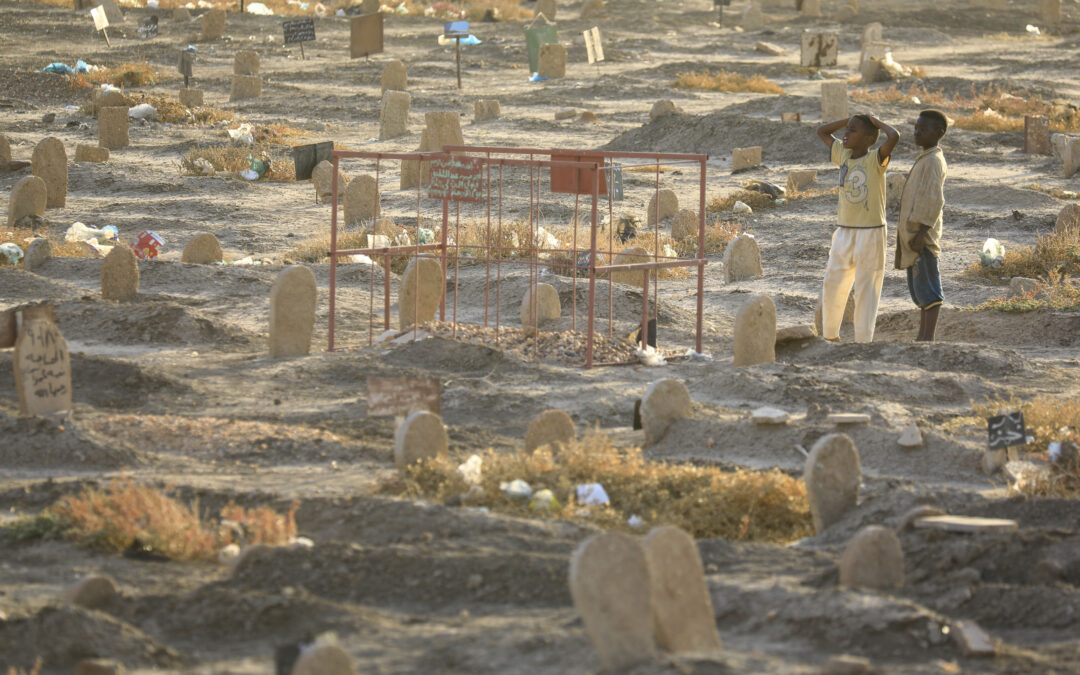 Regional African trade body IGAD has called on the two rival military factions of Sudan’s People’s Liberation Army-in Opposition (SPLA-IO) in South Sudan to open the path for dialogue after deadly fighting at the weekend.

Clashes erupted on Saturday after South Sudan’s Vice President Riek Machar’s rivals declared this week they had deposed him as the head of the party and its military forces.

The Intergovernmental Authority on Development (IGAD) called on Monday for an emergency meeting of its foreign ministers, saying the current political situation in the young nation required urgent attention.

At least 30 people were reported dead in the clashes that broke out on Saturday, just days after Machar’s opponents in the SPLA-IO announced that they had removed him as party leader and head of its armed forces.

IGAD Executive Secretary Workneh Gebeyehu said on Twitter: “I called on SPLM/SPLA-IO leaders to open the avenues of dialogue to settle differences in a peaceful manner so as to safeguard the implementation of the revitalised agreement on the resolution of the conflict,” referring to Machar’s umbrella Sudan People’s Liberation Movement/Army-In Opposition.

The East African bloc has been a key player in peace talks to end the young country’s five-year civil war between forces loyal to Machar and his old foe President Salva Kiir that killed nearly 400,000 people.

The latest fighting among the rival groups threatens to put further pressure on the already fragile peace accord signed by the two men in 2018, as well as their power-sharing deal.

Each side blamed the other for launching early morning attacks on Saturday on rival forces in Upper Nile State, which borders Sudan.

Machar’s forces killed two commanders and over 27 “enemy” soldiers, and lost three of their own men, a military spokesman for Machar said.

In turn, the forces led by Simon Gatwech Dual – the general named by the new group last week as interim chief of the opposition SPLA-IO – claimed in a statement they had killed 28 and lost four in their ranks.

Machar’s allies on Friday dismissed his ouster as a “failed coup”, insisting he was still in full control of the party. Machar himself accused “peace spoilers” of engineering his removal.

South Sudan has struggled with war, famine and chronic political and economic crisis since celebrating its hard-fought independence from Sudan in July 2011.

IGAD brings together Djibouti, Ethiopia, Kenya, Somalia, South Sudan, Sudan and Uganda. Eritrea suspended its membership in 2007 and has not been readmitted.

Adding to its woes, the UN said on Friday that 90,000 people had been affected by flooding in Jonglei State after torrential rains.

Machar, 68, a wily leader who survived years of bush warfare, attempts on his life and stretches in exile, served as vice president alongside Kiir in the first government after it declared independence from Sudan in July 2011.

But the pair fell out and Machar was sacked two years later. Troops loyal to each man turned their guns on each other, and South Sudan descended into five years of civil war.

In 2018 – after a string of failed peace accords and violated ceasefires – a fresh truce paused the fighting that had left nearly 400,000 South Sudanese dead.

Under that arrangement, Machar entered another unity government as deputy to Kiir in February 2020.

But distrust lingered and cracks soon appeared, as key provisions of the peace accords went unfulfilled.

As the process drifted, Machar faced growing opposition within his own ranks, with top cadres complaining they had lost out under the power-sharing arrangement with the ruling party.

Machar has said the recent squabbles are out to derail the formation of a unified armed forces command, a key component of the peace deal.

This week, South Sudan swore in hundreds of MPs to a newly created national parliament, a key condition of the truce but almost a year behind schedule.