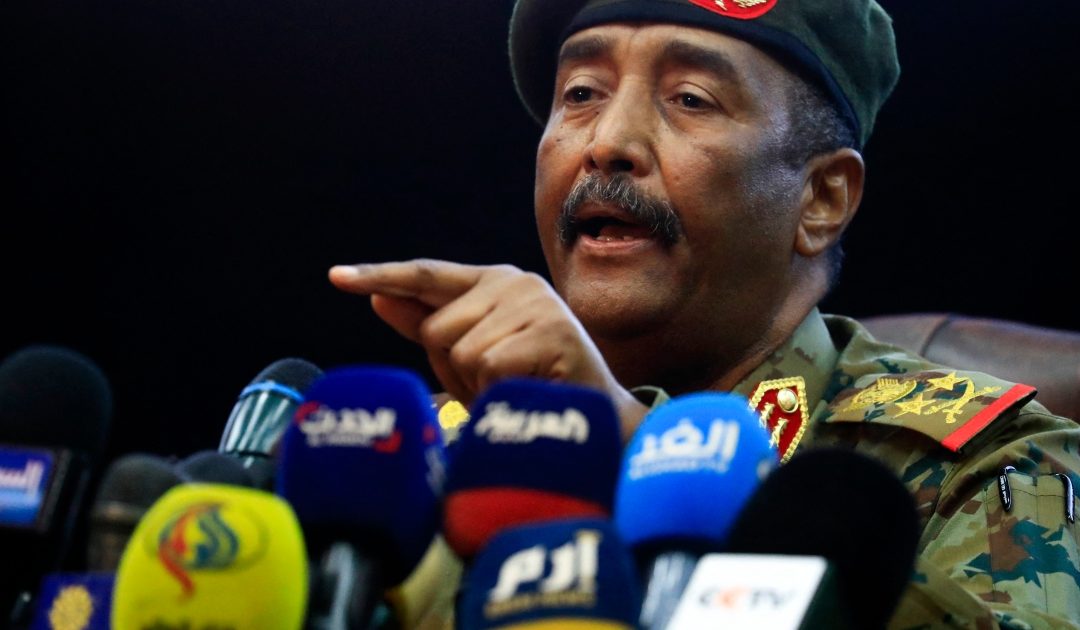 Sudan’s army chief General Abdel Fattah al-Burhan, who led a coup last month that removed the country’s transitional government, has issued a decree for the formation of a new governing Sovereign Council.

State television reported on Thursday that al-Burhan would remain the head of the council, while Mohamed Hamdan Dagalo, the leader of the feared paramilitary Rapid Support Forces who is also known as Hemeti, would keep his post as deputy.

The announcement came more than two weeks after the army dissolved the body, together with the civilian cabinet led by Prime Minister Abdalla Hamdok.

The power grab was widely condemned by the international community, with the United Nations, Western countries and Gulf states calling for the restoration of a civilian-led government. National and international efforts have since been under way to resolve the crisis, while pro-democracy protests have staged mass anti-coup demonstrations in the capital, Khartoum, and elsewhere.

A UN spokesperson described al-Burhan’s move as “very concerning”, adding that Secretary-General Antonio Guterres wanted to “see a return to the transition as quickly as possible.”

The sovereign council was formed in 2019 as part of a power-sharing agreement between members of the army and civilians with the task of overseeing Sudan’s transition to democracy following the removal of longtime ruler Omar al-Bashir in the wake of a popular uprising.

The body had served as the country’s collective head of state, alongside Hamdok’s government which ran Sudan’s day-to-day affairs. Al-Burhan and Dagalo had been due to hand over its leadership to a civilian in the coming months.

So far, 13 members have been appointed, including three senior army figures and five civilians. A civilian representative for the Eastern Sudan region has yet to be named as negotiations are still ongoing. Such an appointment is particularly sensitive. In early October, demonstrators from the Beja tribe in the country’s east blocked roads around Port Sudan and forced Red Sea ports to close, disrupting oil and food supplies directed to Khartoum.

But the civilian representatives of the Forces for Freedom and Change, the umbrella alliance which spearheaded the anti-Bashir protests, were dropped from the council.

“It seems that al-Burhan is trying to build a national consensus without getting any member close to Hamdok,” said Al Jazeera’s Resul Serdar, reporting from Khartoum.

These exclusions reflect how “negotiations between the army and the Hamdok have failed terribly”, said Serdar.

“This will have complications because the streets are demanding Hamdok to be back and the international community is putting pressure on al-Burhan to restore a civilian government and take Hamdok as its prime minister,” he added.

In the talks, the special representative called for “a return to the transitional partnership” and appealed to the military “to exercise restraint and to take de-escalation measures, including freeing all those people who have been detained and the prime minister who remains under house detention”, said Dujarric.

Since the October 25 coup, more than 100 government officials and political leaders, along with a large number of demonstrators and activists, have been arrested. The army also placed Hamdok under house arrest at his residence in Khartoum.

At least 14 anti-coup protesters have been killed due to excessive force used by the country’s security forces, according to Sudanese doctors and the United Nations. Al-Burhan has denied that the army was responsible for the death of protesters.

In an interview with Al Jazeera, al-Burhan said he was committed to handing over power to a civilian government, promising not to participate in any government that comes after the transitional period.

But the Sudanese Professionals Association (SPA), a prominent pro-democracy group that was instrumental in the 2019 popular uprising, led a two-day civil disobedience and strike campaign earlier this week and has promised to continue protesting until a civilian government is established.