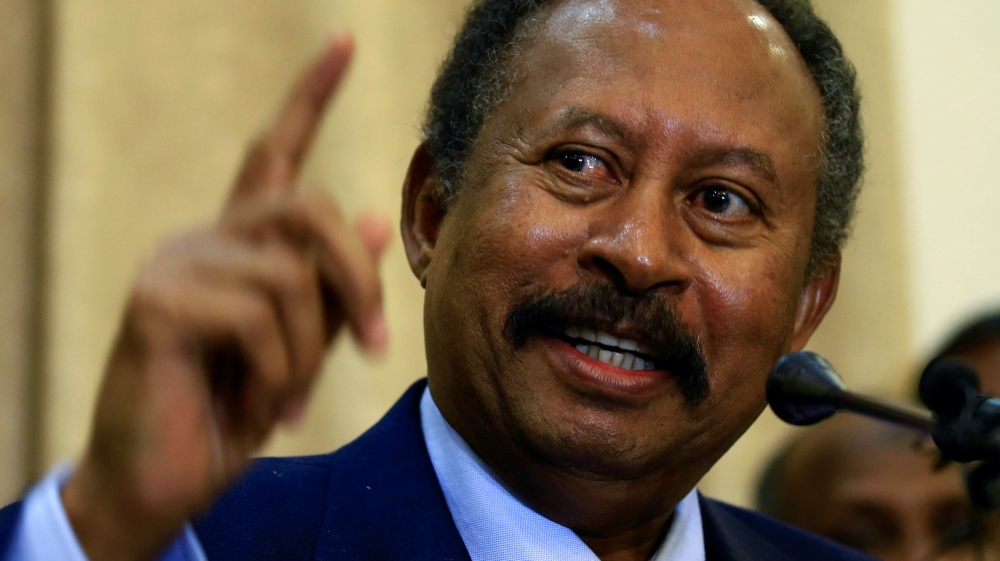 Prime Minister Abdalla Hamdok has warned that Sudan is facing the “worst crisis” of its transition to civilian rule following the removal of longtime ruler Omar al-Bashir more than two years ago.

The remarks on Friday came as the country reels from deep divisions among the civilian and military political factions that have been leading its transition under an August 2019 power-sharing deal with the aim of leading the country towards free and fair elections.

“The essence of this crisis … is the inability to reach a consensus on a national project among the revolutionary and change forces,” Hamdok said in a televised speech.

“The serious political crisis that we are living in right now, I would not be exaggerating to say, is the worst and most dangerous crisis that not only threatens the transition, but threatens our whole country.”

Hamdok described the current political turmoil as between those who believe in a transition towards democracy and civilian leadership and those who do not.

“I am not neutral or a mediator in this conflict. My clear and firm position is complete alignment to the civilian democratic transition,” he said.

Nevertheless, he said he had spoken to both sides, and laid out a series of measures that he said would help speed the handover to a completely elected and civilian government. They included repeated exhortations for groups of differing opinions to work together, and for the country’s transitional constitution and judicial bodies to be respected.

“This crisis was not created today, it did not descend upon us from the sky, and it did not surprise us at all,” he said.

A splinter faction of the Forces of Freedom and Change, an umbrella civilian alliance that spearheaded months-long mass protests that precipitated al-Bashir’s military removal in April 2019, has recently formed its own alliance away from the main civilian bloc.

The opposing civilian factions have called for rival protests in the coming days.

Fractures have also reportedly deepened between civilians and the military, especially following a thwarted coup attempt on September 21 that the government blamed on military officers and civilians linked to al-Bashir supporters.

Several civilian politicians and other figures have since suggested the military was responsible, but Hamdok dismissed those claims, saying the military “does not bear the burden” of the coup attempt.

“The coup attempt opened the door for discord, and for all the hidden disputes and accusations from all sides, and in this way we are throwing the future of our country and people and revolution to the wind,” he said.

Sudan has also been grappling with shortages of basic commodities after anti-government protesters blocked a key Red Sea port.

Hamdok pledged to address that crisis in the country’s east, which he blamed on “decades of neglect and marginalisation”.

He described the grievances of the protesting tribespeople as legitimate while asking that they reopen the flow of trade. He also said an international donors’ conference to benefit the region was being organised.