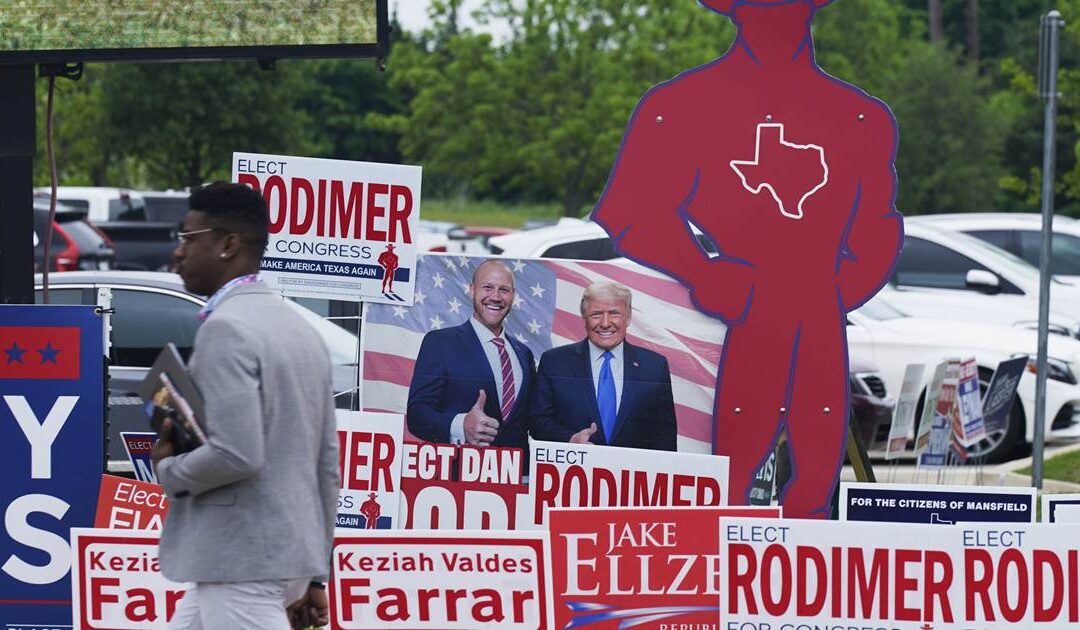 Some 23 candidates are on the ballot Saturday as North Texas voters select who will replace U.S. Rep. Ron Wright, a Republican who died earlier this year after contracting Covid-19.

If no candidate clears 50 percent of the vote, the race will head to a runoff featuring the top two. Polls close at 7 p.m. CT, 8 p.m. ET.

It’s a favorable race for Republicans. The district, which encompasses a suburban swath of the Dallas-Fort Worth metroplex, has been represented by a Republican for more than 30 years and Wright won his election last fall by about 9 points. There are also some concerns that a Democratic candidate could get locked out of a potential runoff, leaving two Republicans to compete head-to-head. Yet the district itself is trending leftward. As the 2012 GOP presidential nominee, Mitt Romney won the district by 17 points, while former President Donald Trump won it last fall by just 3.

The Republican front-runner is Susan Wright, the deceased congressman’s widow and a longtime activist in local GOP politics. Other Republicans include three former Trump administration officials — Brian Harrison, Sery Kim and Michael Egan — plus state Rep. Jake Ellzey, Michael Wood, a veteran of the war in Afghanistan and anti-Trump Republican who earned the backing of Rep. Adam Kinzinger, R-Ill., and Dan Rodimer, a former professional wrestler who ran in a Nevada congressional race last year.

Trump made a late-stage endorsement of Wright in the race, though there were several Republicans eagerly vying for his support. Late this week, the contest was roiled by a robocall that went out in the district that accuses Wright of causing caused her husband’s death.

The call, a recording of which was obtained by NBC News, was first reported by Politico. “This is illegal, immoral, and wrong. There’s not a sewer too deep that some politicians won’t plumb,” Wright said in a statement to Politico. The Wright campaign referred the call to local and federal law enforcement, and its origins are still unclear.

On the Democratic side, Jana Lynne Sanchez, who ran for the seat in 2018, is considered the party’s front-runner. Other contenders include Lydia Bean, a former state House candidate, and Shawn Lassiter, a nonprofit leader and educator.