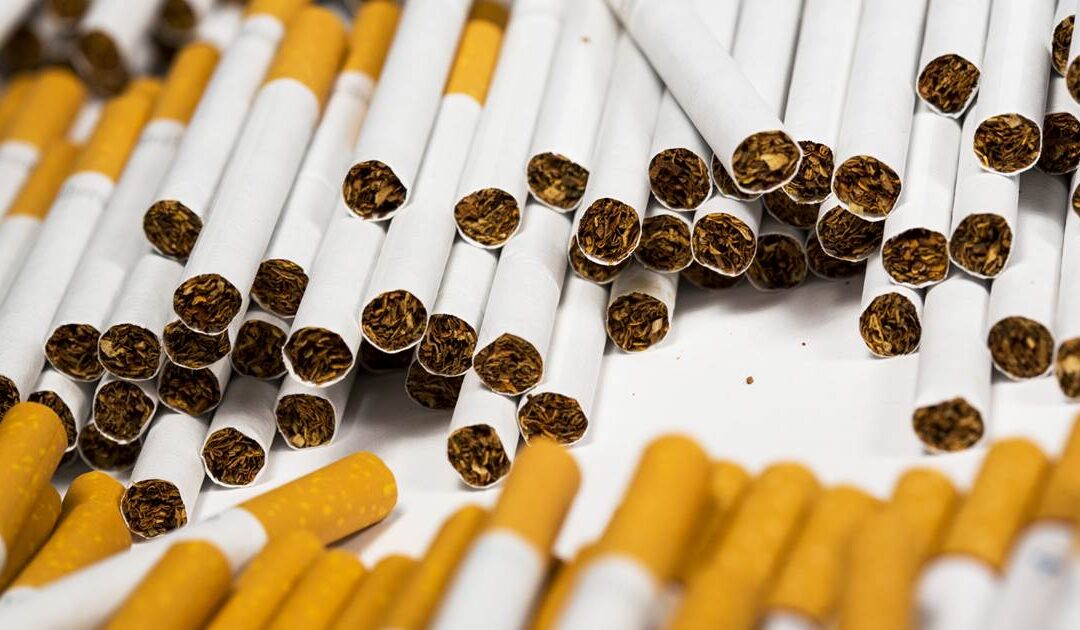 The Food and Drug Administration’s ban on menthol cigarettes will not be enforced against individual consumers, a move that will likely quell concerns about police aggressively targeting Black neighborhoods or the possession of illegal cigarettes.

The FDA decided Thursday to move forward with a ban on menthol as a major ingredient in cigarettes and on all characterizing flavors in cigars. Because 85 percent of Black smokers use menthol cigarettes, academic and civil rights leaders warned that such a ban could empower local law enforcement to target Black people.

However, the new directive attempts to address that concern.

“If implemented, the FDA’s enforcement of any ban on menthol cigarettes and all flavored cigars will only address manufacturers, distributors, wholesalers, importers and retailers,” FDA officials wrote Thursday in a news release. “The FDA will work to make sure that any unlawful tobacco products do not make their way onto the market.”

The FDA was ordered by a court to respond to a 2013 citizen petition urging the agency to implement the ban. Black health experts have spent more than a decade pushing to include menthol in a list of banned cigarette flavors, pointing to stark health disparities experienced by Black Americans.

Tobacco companies have aggressively targeted Black people in marketing campaigns, according to the Centers for Disease Control and Prevention. And researchers have found the companies offer more deals and cheaper prices for menthol cigarettes in Black neighborhoods, per The Washington Post. The CDC reported that even though Black people tend to smoke fewer cigarettes than white people, they’re more likely to die from smoking-related diseases.

Menthol is a popular cigarette ingredient because it offsets the harsh taste of cigarettes and nicotine irritation by producing a cooling sensation in the throat. This makes it both easier to start smoking and more difficult to quit, said Delmonte Jefferson, executive director of the Center for Black Health & Equity. That’s why, Jefferson said, the FDA’s ban is long-overdue.

“We’re being liberated from the harm of mentholated tobacco products. This is the beginning of that,” Jefferson said, acknowledging that there is a long rule-making process ahead. “The Food and Drug Administration has stood up for the health of Black people. It should have been done over a decade ago. But this says, ‘We’re starting to take our foot off of the necks of Black people.’”

The battle has been in full swing since the 2009 Family Smoking Prevention and Tobacco Control Act banned the use of all artificial or natural flavors — except menthol — in an effort to curb youth smoking. Experts have referred to Canada’s menthol ban as proof that prohibiting the flavor could lead to people quitting smoking. But the concern for many hasn’t been whether the ban will improve health outcomes, but whether an underground market for menthol products will emerge and result in police aggressively targeting Black neighborhoods.

In a 2020 letter to members of Congress considering a bill to stop youth smoking, the American Civil Liberties Union warned that blanket menthol prohibition could trigger criminal penalties and prioritize “criminalization over public health.”

Earlier this week, the ACLU joined more than two-dozen groups to issue a letter of concern to the FDA and Department of Health and Human Services over potential over-enforcement on individuals.

“In the end, tobacco policy will no longer be the responsibility of regulators regulating, but police policing,” they wrote. “Our experience with alcohol, opioid, and cannabis prohibition teaches us that this is a policy disaster waiting to happen, with Black and other communities of color bearing the brunt.”

ACLU senior legislative counsel Aamra Ahmad added that while the organization was not concerned as much about individual possession, the concern will be how underground markets for menthol cigarettes might be targeted. “Menthols would presumably be sold in other markets outside the U.S., legally, and find their way here. It’s to be expected that an underground market would trigger local, state, and federal laws prohibiting the possession or distribution of menthols, and those laws are enforced by police.”

Others with concerns over the FDA’s ban pointed to the 2014 death of Eric Garner, who was killed by New York police after allegedly selling loose cigarettes. Advocates in states like Massachusetts, California and Connecticut who are pushing back against bans that could lead to criminalization point to Garner’s death as an example.

The Prevent All Cigarette Trafficking Act, which went into effect in June 2010, imposes strict penalties on people who sell and carry illegal cigarettes and other tobacco products, including up to three years in prison and a fine of up to $10,000. But Mitch Zeller, director of the FDA’s Center for Tobacco Products, told reporters Thursday that the agency was serious about not targeting individual consumers.

“We would make sure that law enforcement agencies at all levels understand that when it comes to the enforcing of such a rule, were it to go final, that our jurisdiction ends with manufacturers, distribution, sale, import, retailers, and that we do not enforce against possession,” Zeller said. “It would change nothing as it regards possession.”

The FDA’s decision would not lead to an immediate ban on menthol, but would be the start of a yearslong rule-making process. Asti Jackson, a researcher and assistant professor at the Yale School of Medicine, said this time could be crucial to determine how to carry out the ban in a way that prioritizes health without criminalization.

“It will be important to pour back into these communities we’re trying to protect,” Jackson said. “If people have the proper resources they may not feel like they need to smoke to get through the day. How do we make the world a more equitable place, where people have the resources they need and don’t have to use drugs to get through the day? That’s the bigger question, but we’re trying to place a Band-Aid on an issue.”