The Life Of Bessie Jones, The Musicologist Who Made African-American Folk Songs A Part Of The School’s Curricula | How Africa News 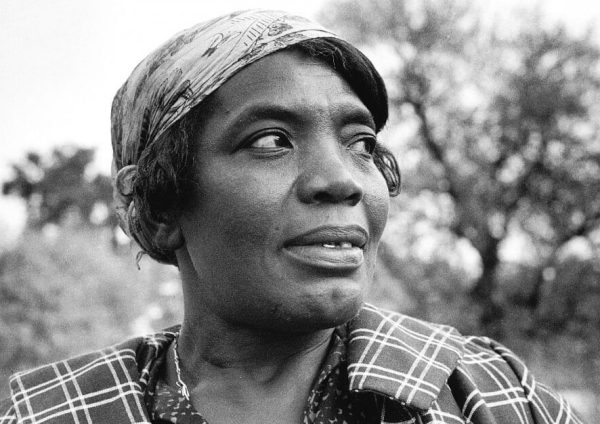 From the day of her birth until she became aware of the need to share her talent with the world, Bessie Jones’ life was surrounded by music.

Almost everyone in her family was gifted in some way. In addition to being a skilled storyteller, her step grandpa Jet Sampson, a freed slave, had a lovely voice that grabbed listeners’ attention the instant he sang.

According to atlas obscura, he is to blame for Bessie Jones’ early love of African American folk tunes, work songs, and spirituals, which were the fundamental foundation of what the legendary musician became renowned for.

Many members of Bessie Jones’ family have a musical background, whether it is playing the guitar, autoharp, banjo, or building their own musical instruments.

Bessie Jones’ husband came from a long line of singers in Georgia’s sea island, where she will eventually discover her calling, as if by divine design.

on February 8th, 1902, Mary Elizabeth Bessie Smith Jones was born. Along with her mother, stepfather, and other family members, she grew up in Smithville, Georgia.

She experienced a difficult upbringing in which poverty forced her to start working menial jobs in order to supplement the family’s finances. The 1911 death of her stepfather forced her to quit attending school. She went into overdrive, trying hard to support the family financially.

Bessie Jones participated in any work that would provide revenue. She worked as a nanny, a farmhand, and a nursemaid for white families who could afford her services.

Bessie Jones was frequently found by life in its impoverished corners. After getting married to Cassius Davis in 1914, she became a mother at the age of 12.

The old melodies her grandfather had taught her were what kept her going while she struggled to make ends meet. While watching over the kids, she sang. Between 1959 and 1966, these tracks were included on her early music CD, “Get in Union.”

When her first husband, Cassius Davis, passed away in 1926, she was forced to leave for greener pastures in Florida.

In 1928, while working as a cook on a farm, she subsequently wed George Jones. Before they arrived in St. Simons Island, George and her labored as farm labourers for seven years trying to eke out a life.

When Jones’ path intersected with ethnomusicologist Alan Lomax, who had a keen interest in preserving 20th-century American and British folk revivals, she realized that teaching music was her actual vocation.

When he visited St. Simons Island in 1959 to record some folk tunes, he got to know Bessie Jones. He hired Bessie Jones and a few other people to take part in a movie he was making in Williamsburg, Virginia, about the early colonial era.

Bessie Jones founded the Georgia Sea island Singers in 1963, and spent some of her time touring with them while also teaching.

Bessie Jones’ writing was published under the name “Step It Down” with the assistance of Bess Lomax Hawes, the sister of Lomax.

When she presented her work at the Kodaly Musical Training Institute in Watertown, Massachusetts, to help kids learn folk songs and games at the same time, she received even more encouragement.

Her method of instruction quickly spread to several learning institutions throughout the states. Long after she passed away in 1984, her work has since grown to be regarded as a standard in music education in America.