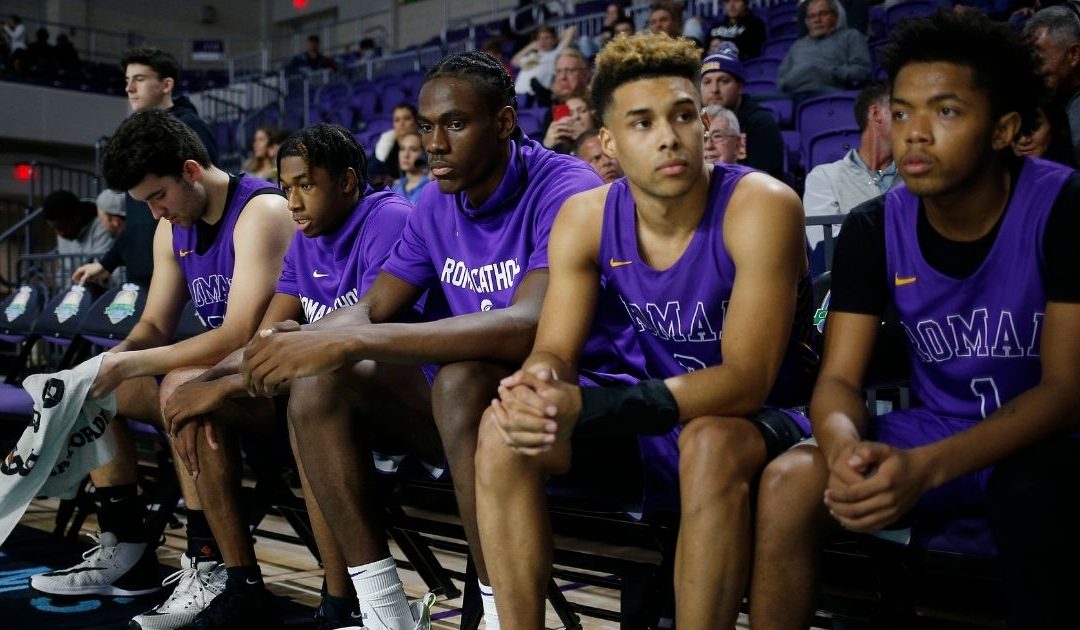 For over a year and a half now, people around the world have been forced to grapple with the reality of COVID-19. While differing opinions abound regarding the severity of the disease and the necessary actions to take in response, there is no question that the pandemic has greatly affected everyday life.

Nearly everyone has suffered some consequences relating to the pandemic, but some of those consequences are much less well-known. One group that has been quietly affected in a drastic way is high school student-athletes.

Across the country, vaccine mandates have been put into place specifically for student-athletes at public high schools. Los Angeles, Washington, D.C., New York City and Chicago are just a few cities where public schools have implemented this requirement, Politico reported.

Baltimore, Maryland, is another city where these mandates have been put into place. According to The Baltimore Sun, high school student-athletes in Baltimore County will either have to provide proof of vaccination by Nov. 24 or face weekly testing in order to be eligible for their sports.

“Only requiring athletes to get the vaccine or be tested weekly is discriminatory,” coalition member Amy Adams told The Western Journal in a Facebook message. “If it is a true public health concern, why not require all students to get the Covid vaccine or submit to weekly testing?”

Adams said it is not the first time student-athletes in the school district have been unfairly treated during the pandemic. After fall sports were canceled in 2020, Adams said the Baltimore County school board voted to allow a modified sports season in the spring.

However, the board later reversed course and barred spring sports from happening. At that point, the coalition started a movement called “Let Us Play,” which gained steam on local news stations such as WBAL-TV.

“Being active is important,” Adams said. “Being part of a community and a group is important. There was no data to show that youth sports was negatively impacting case rates around the country when other systems were — some systems were fully functional last year.”

For Adams, it was a lack of logical reasoning that caused her the most concern about mandating vaccines for student-athletes.

“All sports have been running since Aug. 11, and based on the schools’ data dashboard, there have not been … big outbreaks,” she said. “Most of the outbreaks honestly are in the elementary level is the way that they’re identifying it.”

Adams also pointed out that older and more overweight people are at the most risk of serious disease from COVID-19, but these student-athletes are both young and relatively healthy. For those reasons, she thinks the vaccine should be a choice rather than a requirement.

“College coaches are not allowed into Public Schools Athletic League sites,” he told The Western Journal on Oct. 15. “No fans. No nothing. Now how are the kids going to get recruited?”

According to the New York City Department of Education, the PSAL consists of over 46,000 student-athletes at 530 member schools. Many of those athletes are hoping for scholarships to help them pay for college, but Naclerio said that possibility is much slimmer due to the league’s COVID-19 restrictions.

Naclerio set up a hypothetical situation: A college coach is looking for a point guard, and he finds a prospect at a PSAL member school. The coach also finds another prospect in a state where he is allowed to go watch him play.

Naclerio said even if the coach believes the PSAL player is more skilled, he will likely pick the prospect he can watch in person.

Should restrictions on student-athletes be loosened?
Completing this poll entitles you to The Western Journal news updates free of charge. You may opt out at anytime. You also agree to our Privacy Policy and Terms of Use.
Yes: 95% (145 Votes)
No: 5% (8 Votes)

“You might think that the kid in the Public Schools Athletic League is better, but you can’t see them,” Naclerio said. “You’ll take the next best thing.”

According to the New York Daily News, Naclerio has more wins than any other public school coach in the New York state history. Even with that kind of recognition, he said his endorsement cannot replace the value of in-person scouting for a college coach.

Naclerio added that minority students are being disproportionately affected by the PSAL’s policies, and those are the same students who may need scholarships to afford college in the first place.

“This is killing inner-city kids, which unfortunately in New York City, most are black or Hispanic,” Naclerio said. “So it is really, really sad … really sad.”

Like Adams said about the restrictions in Baltimore County, Naclerio said many of the rules in his district are confusing and sometimes illogical.

Even in a tournament, a school like Cardozo can only play other public schools. If they play a Catholic school in any capacity, Naclerio said they are “in trouble.”

Because many of the Catholic schools and prep schools have looser restrictions, Naclerio said some of their coaches will call his players trying to convince them to leave Cardozo and come to their school.

“If you can go to a prep school, the odds are, especially at this late date, there’s no money for the kid to go to that prep school, so they have to pay,” he said. “So it’s become a monetary thing.”

Naclerio said he has received some backlash for speaking out in support of his student-athletes, but that has not deterred him.

“I’m not doing this for money,” he said. “I’m not having a college exposure workout where I’m charging colleges, you know, 100 or 200 dollars to watch a kid play, or vice versa charging a kid. I’m doing this out of love.”

Naclerio said he doesn’t fully fault the politicians who have pushed such restrictions because they “might not even realize restrictions that are put in are destroying New York City Public School Athletic League kids.” His goal is simply to shine a light on the problems the restrictions are causing in hopes that it may make a change for these students.

That hope is a common theme among Adams, Nacleio and countless other parents and coaches fighting for their kids. More than making a political statement or taking a stand, they are simply concerned with ensuring opportunities for the next generation.

Submit a Correction →
* All fields are required.

We are committed to truth and accuracy in all of our journalism. Read our editorial standards.


* All fields are required.
Notice: Due to threatened de-monetization, we have temporarily removed commenting while we build a long-term commenting solution that allows you to voice your opinion freely and allows us to continue to publish the news fearlessly and cover topics that you care about. If you would like to personally partner with The Western Journal to help us continue publishing while under relentless assault by Big Tech, please visit our subscription page here. We encourage you to share this article and discuss with your friends.