The Problem With Blaming Black Crime for Police… – 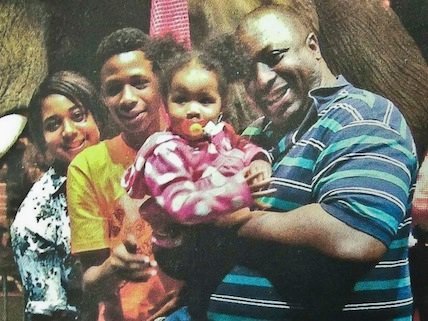 Black-on-black crime “is the reason for the heavy police presence in the black community,” he asserted on NBC’s Meet the Press. “So why don’t (they) cut it down so so many white police officers don’t have to be in black areas?”

In this view, African Americans have only themselves to blame for the presence and behavior of cops in their neighborhoods. If they would get serious about cleaning up the problems in their own communities, police would not be arresting or killing so many black people.

Where the argument fails is in its assumption that blacks are complacent about these realities and that whites are blameless. The gist of the message is that blacks created the problem and blacks need to solve it.

But the problem didn’t originate recently. In 1958—a time of lynchings, universal discrimination and legal segregation—Time magazine reported that in big cities, the “biggest and most worrisome problem is the crime rate among Negroes” and said Negro leaders and civil rights groups should start “accepting responsibility in an area where they habitually look the other way.”

The common impulse of whites, then and now, was to blame blacks for pathologies that whites played a central role in creating. Criminologist Charles Silberman wrote in 1978 that “it would be hard to imagine an environment better calculated to evoke violence than the one in which black Americans have lived.” Pretending black crime is a black-created problem is like pretending New Orleans never got hit by a hurricane.

The Giuliani view omits some vital facts. The epidemic of unarmed blacks being killed by police comes not when black crime is high but when it is low. Homicides committed by African Americans declined by half between 1991 and 2008.

Since the early 1990s, arrests of black juveniles have plunged by more than half. In New York City, where Eric Garner was killed by police, the rate of homicides by blacks is down by 80 percent. In Chicago, where most murders are committed by African Americans, the number last year was the lowest since 1965—and this year’s could be lower yet.