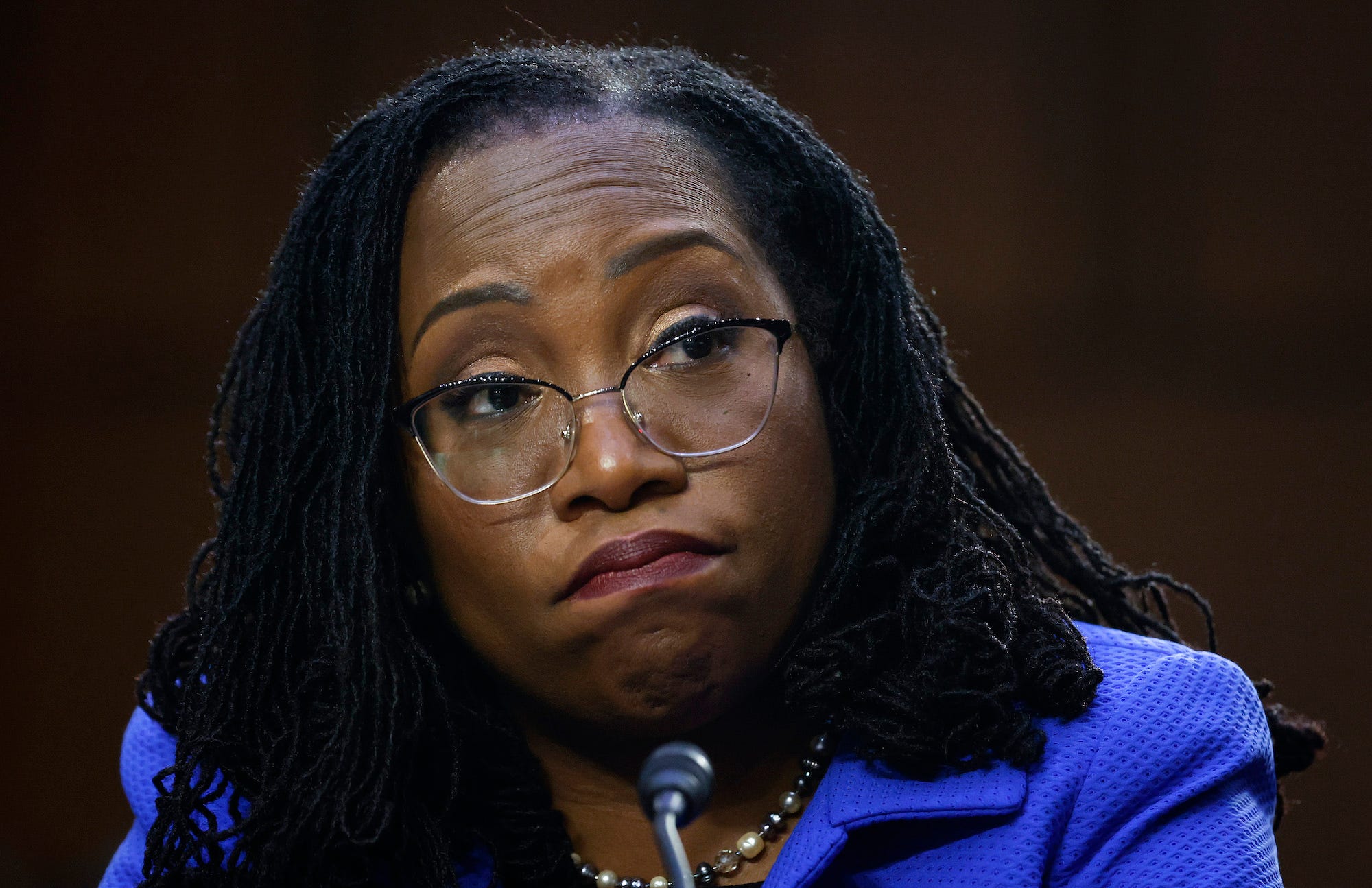 The racial overtones on display during the confirmation proceedings for Supreme Court nominee Ketanji Brown Jackson have roots in the discriminatory reasons the Senate started having such hearings nearly a century ago; to stonewall the first Jewish man nominated for the court.

Jackson’s Supreme Court confirmation hearing is the latest in nearly a century of incidents in which lawmakers used the process to cast doubt on nominees who didn’t fit the historic mold of white, male justices, historians and judicial scholars told Insider.

The Senate judiciary committee held its first confirmation hearing in 1916 because President Woodrow Wilson had nominated celebrated Boston attorney Louis Brandeis — which because of his Jewish background, was an unprecedented and controversial move at the time.

With one exception, only white, Protestant men served on the US Supreme Court until 1894. When Wilson chose a Jewish lawyer, all hell broke loose.

At the time, antisemitism was far more widespread and acceptable in American society, and Jews in the US were often barred from elite business, academic, legal, and social circles because of their status as a religious and ethnic minority.

Before Brandeis, confirmation processes had typically been a formality, with the Senate taking a swift up or down vote on whether to seat a new justice. But Brandeis’ nomination prompted the Senate Judiciary Committee to hold the first-ever confirmation hearings, and allow witnesses for and against his nomination, according to the Pew Research Center. The entire process took an unprecedented four months while a vicious public debate about his qualifications ensued.

“What happens with Brandeis is that the opposition talks in what can only be described as antisemitic code,” said Paul Finkelman, chancellor and distinguished professor of history at Gratz College near Philadelphia, told Insider.

While those critics never implicitly named Brandeis’ religion, their criticism was a thinly veiled version of an antisemitic stereotype that painted Jews as greedy and money-mongering. Lawyers with the American Bar Association, and the president of Harvard University at the time, wrote letters against Brandeis’ nomination. “One of the things they say is that he is too greedy, he’s made too much money as a lawyer. Because Brandeis becomes, very early on, an extremely successful lawyer,” Finkelman said.

Finkelman saw a clear thread, from Brandeis to Jackson, of critics using Supreme Court confirmations to indirectly attack a nominee based on their gender, race, or religion.

For three days, white Republican senators repeatedly have brought up Supreme Court cases revolving around slavery and interracial marriage and questioned Jackson about the legal underpinning of those cases. They advanced a baseless claim that as a judge, she’d been lenient on people accused of child pornography charges. Sen. Ted Cruz of Texas went so far as to wave a children’s book meant to teach children about racism in front of Jackson and ask her to define critical race theory.

As Jackson fielded questions from senators, the Republican National Committee posted a graphic on Twitter with her initials crossed out and replaced with CRT, the acronym for critical race theory.

“The nastiness,” Finkelman said, “is the same.” 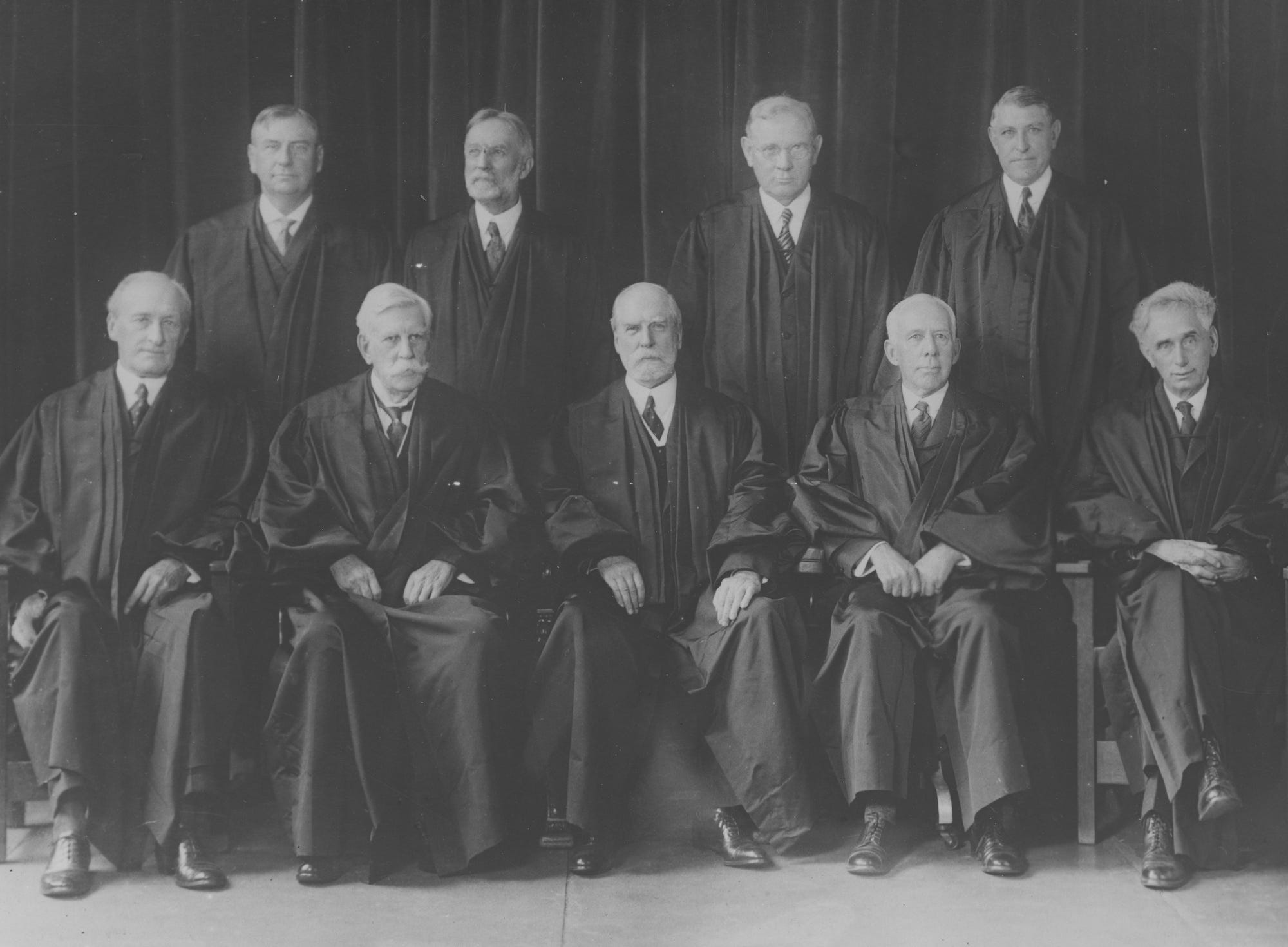 A minefield for minority nominees ever since

Confirmation hearings for minorities, women, and nominees of color “tend to disproportionately focus on the candidates’ judicial philosophy, their take on issues like race and gender discrimination, things that have coding in the race and gender of the nominee,” said Alice Bannon, director of the Judiciary Program at the Brennan Center for Justice.

That dynamic played out with Jackson’s hearing, Bannon said.

Cruz repeatedly peppered Jackson with questions about race that had nothing to do with her qualifications for the job.

“Do you agree with this book that is being taught with kids that babies are racist?” Cruz said, asking about the book Antiracist Baby by Ibram X. Kendi.

Cruz also asked Jackson to define critical race theory for the record. “It is an academic theory that is about the ways in which race interacts with various institutions,” Jackson responded, providing a standard definition of the concept, which has lately been weaponized by conservatives as a culture war issue.

“It doesn’t come up in my work as a judge. It’s never something that I’ve studied or relied on. And it wouldn’t be something that I would rely on if I were on the Supreme Court,” Jackson said.

Cruz’s insinuation, however, was that since Jackson was a Black woman, it would.

Sen. Josh Hawley, a Republican of Missouri implied that Jackson had been lenient on people accused of child pornography, and had not sentenced them harshly enough. Legal experts told Insider that Hawley’s argument took Jackson’s actual judicial record out of context.

Hawley’s implication was clear: that as a judge, Jackson was soft on crime. And it was difficult to extricate that argument from her race, observers said.

“This is just the latest manifestation of trying to whip up white fear and anxiety,” said Steve Phillips, a founder of media and political strategy organization Democracy in Color.

Bannon pointed to the confirmation process for Justice Thurgood Marshall in 1967, at the height of the Civil Rights Movement, as precedent for Jackson’s experience.

While Marshall had his defenders in the Senate, like New York’s Republican Sen. Jacob Javitz, his nomination was opposed by white, predominantly southern and segregationist senators, Wil Haygood writes in “Showdown,” his book about Marshall’s confirmation.

Sen. James Eastland, a Mississippi Democrat, asked Marshall, “Are you prejudiced against white people in the South?”

Other segregationist opponents sought to link the political turbulence of the moment to the confirmation hearing, while also denying that their motivations were linked to racism, Haygood argues.

In one instance, Sen. John McClellan, an Arkansas Democrat, told Marshall, “I know there is a crisis in this country, a crime crisis. And I know the philosophy of the Supreme Court one way or the other on these vital issues is going to be of untold consequences and has already been in my judgment of serious consequences to the crime situation.”

Marshall “faced far more scrutiny than other recent nominees,” Bannon said. “A lot of questioning around so-called ‘tough-on-crime’ questions that a lot of historians who have looked at those questions really contextualize as grounded in the fact that he was the first Black justice.” 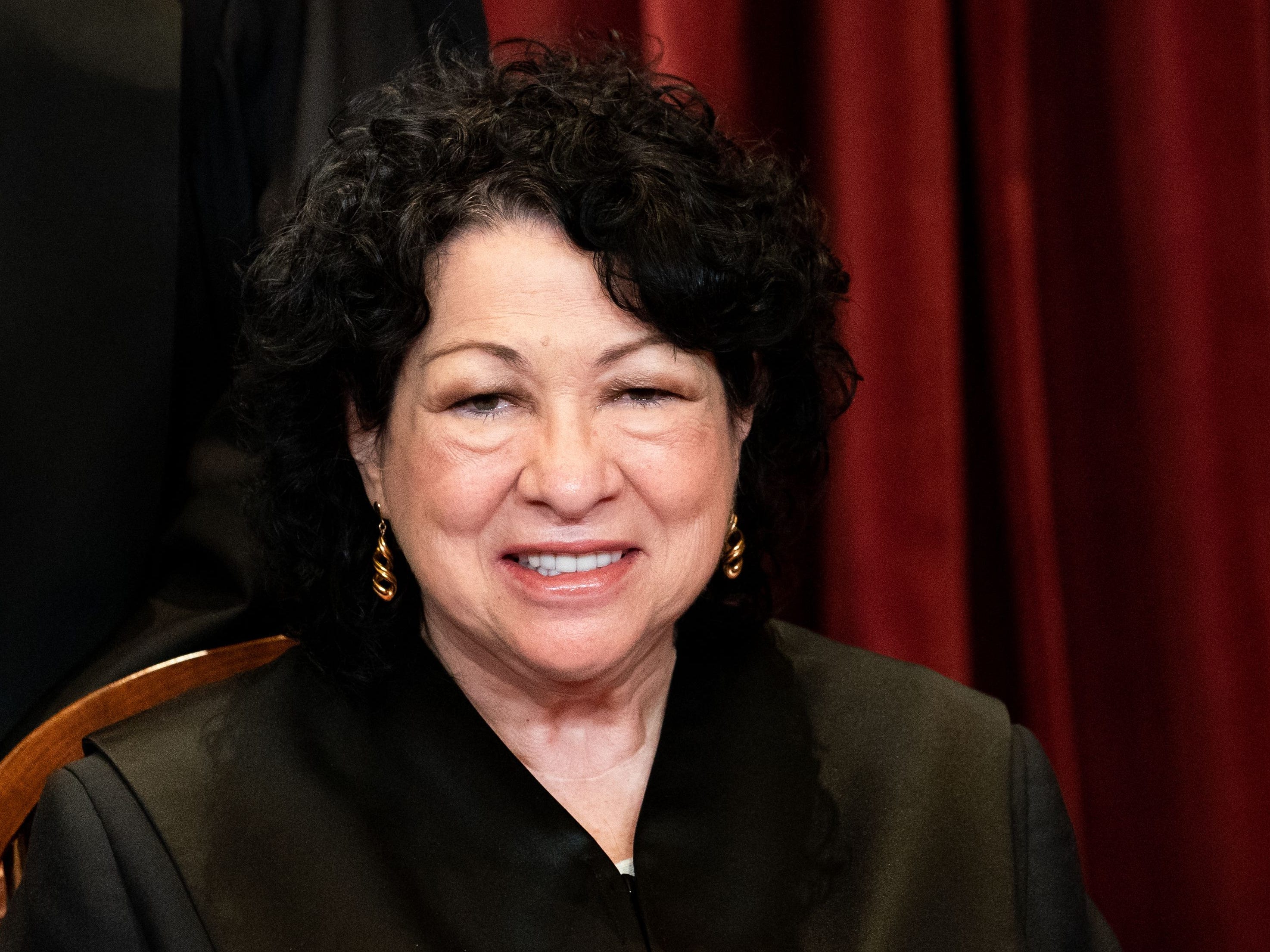 Associate Justice Sonia Sotomayor at the Supreme Court in Washington, DC on April 23, 2021.

During her confirmation hearing in 2009, Justice Sonia Sotomayor — another historical nominee — also faced criticism from Republicans that centered on her race and gender after she referred to herself as a “wise Latina” during a speech years earlier.

Sotomayor had told students at the University of California, Berkeley law school in 2001 that, “I would hope that a wise Latina woman with the richness of her experiences would more often than not reach a better conclusion than a white male who hasn’t lived that life.”

Years later during her confirmation, Republicans, such as former Sen. John Kyl of Iowa and Jeff Sessions of Alabama, implied that Sotomayor’s comments cast doubt on her ability to be impartial as a jurist.

“You say, if there are enough of us, we will make a difference, inferring that it is a good thing if we begin deciding cases differently,” Kyl said.

Sotomayor, who became the first woman of color and first Latina on the Supreme Court, was forced to walk back her comments and defend her ability to judge impartially.

During her confirmation process, Sotomayor was also forced to resign from the exclusive women’s club, Belizian Grove. Republicans had accused her of participating in an organization that discriminated against men.

← Henrietta Lacks deserves the Congressional Gold Medal ← ‘Now We’re Out of Ukraine, the Battle Is In Our Minds’: Black Students Who Fled Ukraine Still Have Tough Road Ahead
%d bloggers like this: