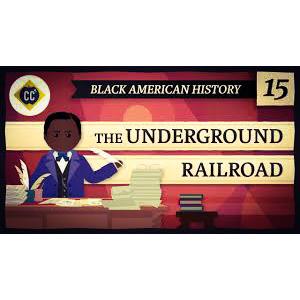 Escape was one of the many ways that enslaved people resisted their captivity in the system of American slavery. The Underground Railroad was not literally a railroad. It was a network of people, routes, and safe houses that helped people escape from slavery in the south to freedom in the north. Today we’ll talk about the origins of the Underground Railroad, the systems that helped people escape, and the people who helped along the route.