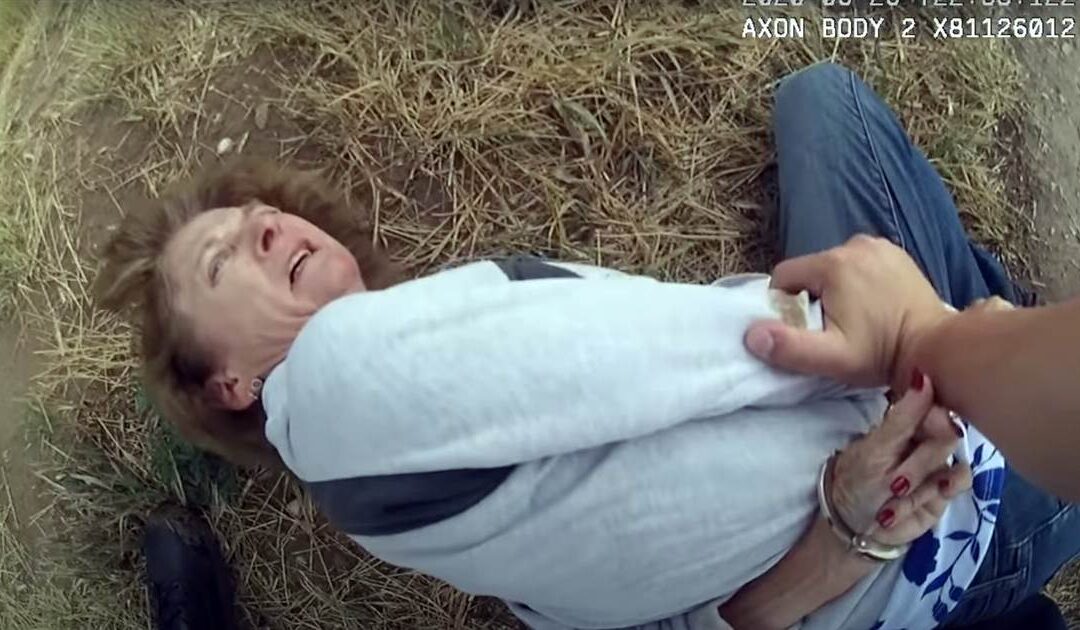 Three Loveland, Colorado, police officers are no longer employed with the department after their involvement in the arrest and booking of a 73-year-old woman with dementia.

The woman, Karen Garner, suffered a dislocated shoulder, fractured arm and sprained wrist after she was slammed to the ground and hogtied during a June 26 arrest, according to a federal lawsuit.

The altercation was captured on police body camera video and shared by Garner’s attorney, Sarah Schielke.

Officers Austin Hopp, Tyler Blackett and Daria Jalali were placed on administrative leave over the incident. Loveland Police Chief Robert Ticer said at a press conference Friday that they “are no longer employed” with the department. The officers did not immediately respond to NBC News’ request for comment.

The chief declined to specify whether the officers resigned or were terminated.

A fourth officer, Sgt. Philip Metzler, was also placed on administrative leave but was not among those who left the department.

Schielke said Garner was walking home when she was stopped by Hopp on suspicion of stealing $13.88 worth of items from a Walmart. Garner has dementia and sensory aphasia, which impairs her ability to verbally communicate with people or understand others’ communications.

Schielke said because of the dementia, Garner forgot to pay for the items, which were retrieved by Walmart employees.

This is a breaking story; check back for updates.