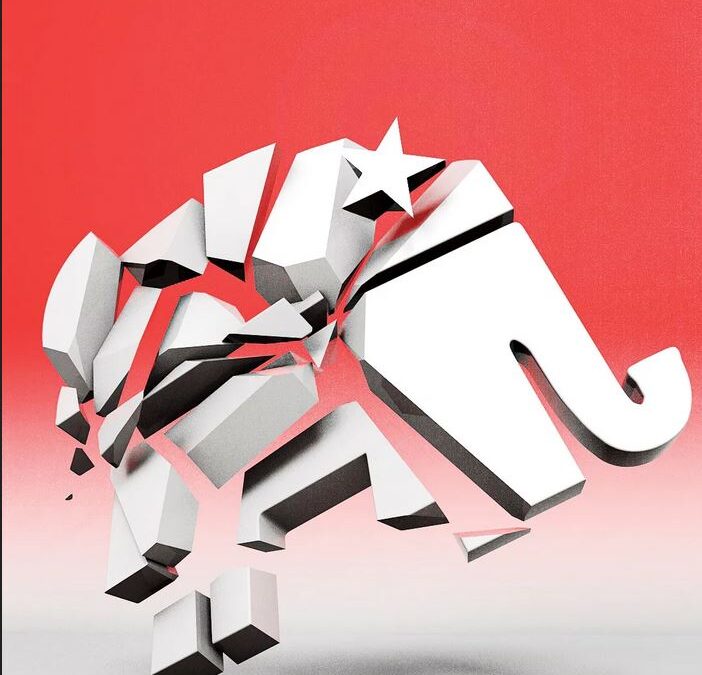 Ubiquitous black-on-white crime inflicted by a coddled criminal class, native born and imported energetically, is high on the list of state and corporate crimes against the citizenry.

Whether he postures on TV or on the Hill—the arguments advanced by the typical Republican frontman against these defining depredation are empty.

It has been my ongoing goal in this space to alert the voter to this void. The “objections” put forth by Republicans in defense of their constituency are all theater, farce, to be precise.

These empty arguments are mirrored, for example, in my exposing, in February of 2019, the fact that, “Every time a manifestly racist, anti-white event goes down, which is frequently, conservative media and politicians call it ‘identity politics.’ ‘The left is playing identity politics,’ they intone. “Whatever is convulsing the country,” I explained, “it’s not identity politics, but purely anti-white politics.

So, identify the bogus argument—and you will have exposed the frauds who want you to send them to live off the fleshpots in Rome-on-the-Potomac. (It has been pointed out to me correctly that “the comparison to Rome [is unfair]. [A]fter all, Rome built two great civilizations and is a site of enormous cultural significance.”)

Although not exclusive to him, my example today comes from Fox News’s Jesse Watters. When speaking loudly OVER his guest, Jesse Watters made the usual Republican straw argument against black crime. You hear it from Hannity and the rest all the time:

Seldom mentioned in Republican argumentation is the REAL HATE CRIME IN THE ROOM: black-on-white crime which is invariably not reported, or if reported masked as something other than what it really is, which is white hot hatred of whites.

Republicans can’t protect besieged whites and are forever searching their pea brains for ways to show off their Abe Lincoln pedigree.

In this way, by showing how black-focused and caring they are—Republicans hang on to respectability and Democrats’ good graces by the hairs of their chiny chin-chin. The empty ‘arguments’ of Republican frontmen are a way to stay in the political game.