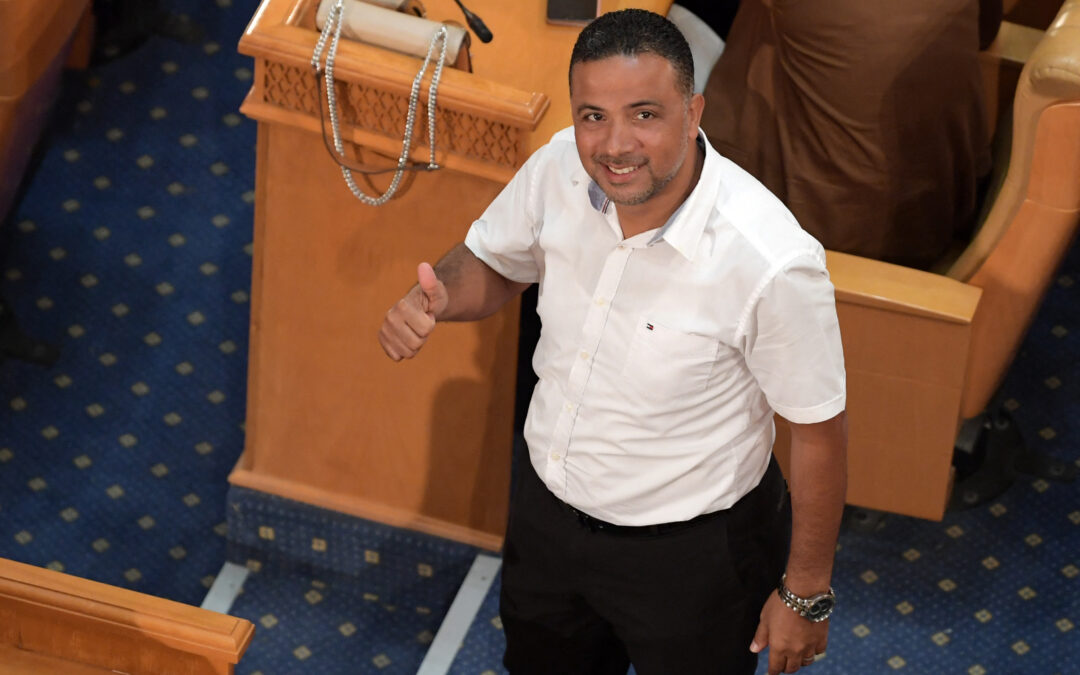 Seif Eddine Makhlouf, an opposition member of Tunisia’s parliament, was briefly detained when he tried to attend a court hearing against himself in the capital, his lawyer has said.

Makhlouf, leader of the conservative Karama party and a frequent critic in parliament of President Kais Saied, who seized extra powers in July, was arrested by plain clothes agents as he tried to enter the military court in Tunis on Friday, his lawyer Anouar Awled told news agencies.

The agents took Makhlouf away in a car, a video Awled posted online showed.

The lawyer told AFP news agency that “as soon as he arrived at the court, plain clothes police officers ran towards Seif Eddine, forced him to the ground and beat him then forced him into a civilian vehicle”.

The judge hearing his case at the military court later ordered his release and said he must appear in court on September 27, his lawyer said, without saying why he had been detained.

Makhlouf was wanted by the military court for allegedly insulting security staff at the airport months ago, Awled said.

Rights groups have pushed for the release of another parliament member, Yassin Ayari, and have criticised the use of military courts to try civilians. They have also voiced concern at travel bans for people wanted on a variety of charges.

Shortly before his detention, Makhlouf had posted a video saying he was on the way to the court with his lawyers.

“We are not afraid of the military court but we reject coups d’etat which use military justice to settle scores against opponents,” he said.

Saied on July 25 sacked the government, suspended parliament, removed lawmakers’ immunity and made himself head of the prosecution.

The president has rejected accusations of a coup and pledged to uphold rights, arguing that his intervention was needed to save the country from corruption and political paralysis.

On Friday, he said nobody would be stopped from travel unless subject to an existing case.

While his seizure of powers and freezing of parliament appeared to be broadly popular, opposition among major political players has grown since one of his advisers told Reuters news agency last week that Saied was planning to suspend the constitution.

A powerful labour union and several major political parties have since said any changes to the constitution must be passed in a constitutional manner.

Civil society activists have called a first protest against Saied for Saturday, a test of how the security services plan to handle direct public opposition to the president’s moves.

Saied has lifted immunity for parliament members, leaving them open to a variety of prosecutions, and several have since been detained or put under investigation.